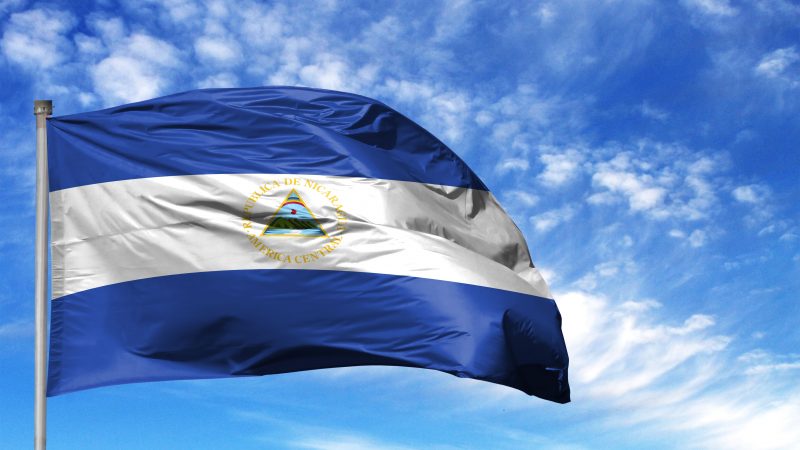 The sanctions prohibit travel and transit in the EU for those targeted, a freeze on any EU-based assets and a ban on EU businesses or citizens from doing business with them. [Shutterstock / Millenius]

The EU imposed sanctions Monday on Nicaraguan President Daniel Ortega’s wife Rosario Murillo, who is his vice president, as well as one of his sons and six more officials.

The measures expand a previous sanctions list to now count a total of 14 individuals held “responsible for serious human rights violations in Nicaragua and/or whose actions undermined democracy or the rule of law” over ongoing repression in the Central American country.

“The detention of a seventh potential presidential candidate… sadly illustrates the magnitude of the repression in Nicaragua and projects a grim picture for the upcoming elections,” the European Council said.

Ortega, 75, is expected to run for re-election in November 7 polls.

In 2018, demonstrations against their rule were brutally put down by government forces, leaving more than 300 dead and pushing thousands into exile according to rights bodies.

In a clampdown that began on June 2, Ortega’s government has rounded up political rivals in a series of house raids and night-time arrests on charges of threatening Nicaragua’s sovereignty.

Ortega has called them seditious “criminals” and “agents of the Yankee empire”.

Seven opposition presidential hopefuls are among 31 people detained. The latest was Noel Vidaurre, seized on July 24 and put under house arrest.

Despite pressure from the European Parliament, EU member states did not add Ortega himself to the growing sanctions list.

“These measures are targeted at individuals and are designed in this way not to harm the Nicaraguan population or the Nicaraguan economy,” the EU statement said.

It added that it “firmly condemned the repression of political opponents, demonstrators, independent media and civil society” continuing in Nicaragua.

In June, the United States announced sanctions against four Nicaraguan officials allied to Ortega, including his daughter.

The EU and US are calling on Ortega to immediately release those arrested and for his government to hold dialogue with the opposition.