EU says it will not rush into recognising the Taliban 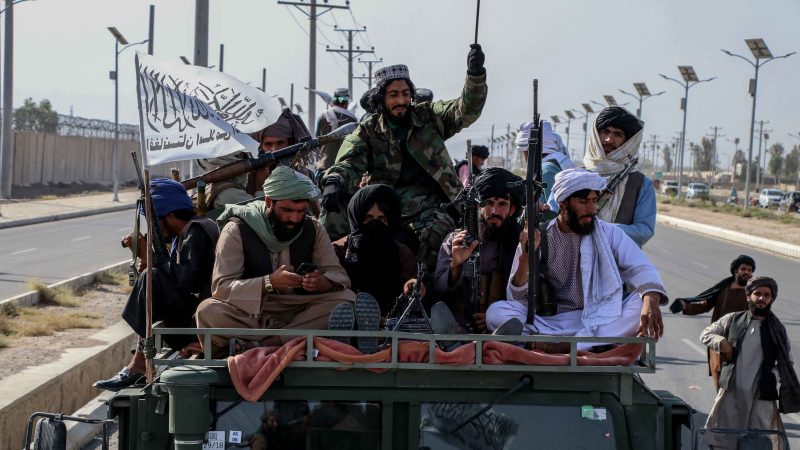 Taliban forces rally to celebrate the withdrawal of US forces in Kandahar, Afghanistan, 1 September 2021. [Stringer/EPA/EFE]

The European Union will need to engage with the Taliban but it will not rush into formally recognising the Islamist militant group as the new rulers of Afghanistan, a senior European Union official said on Wednesday (1 September).

Gunnar Wiegand, the European Commission’s managing director for Asia and the Pacific, also said the EU executive plans to secure funding of €300 million both this year and next to pave the way for resettlement of around 30,000 Afghans.

Wiegand said official relations with the Taliban would only come about if the group meets specific conditions, including respect for human rights and unfettered access for aid workers.

“But we will not rush into recognising this new formation, nor into establishing official relations,” he told members of the European Parliament in Brussels.

Wiegand said it was unclear whether the Taliban will be able to govern effectively, but for the EU a key condition for official relations will be establishment of an inclusive and representative transitional government.

Two weeks after seizing control of the capital, Kabul, the Taliban has yet to name an administration or reveal how they intend to govern.

Wiegand said other conditions for recognising the Taliban will be allowing free passage to Afghans wishing to leave the country; refraining from retaliation against those affiliated to foreign powers or the former government; and preventing Afghanistan from becoming a haven for terrorists.

There are concerns Afghanistan will see a repeat of the migration crisis that overwhelmed Europe in 2015-16.

Wiegand said a European Commission plan to secure 300 million euros in 2021 and 2022 should “underpin resettlement and humanitarian admissions” to resettle of about 30,000 people. He gave no details about where the funds would be raised or spent.

He called for an assessment of what went wrong with the West’s 20-year engagement with Afghanistan, referring to the chaotic evacuation of civilians and foreign forces after the Taliban’s sweep into Kabul.