EU says not following US diplomat families’ withdrawals from Ukraine 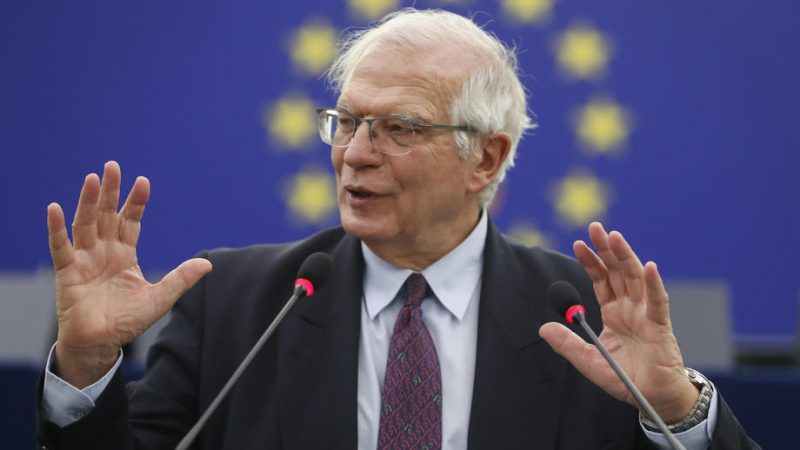 File photo. High Representative of the European Union for Foreign Affairs and Security Policy, Josep Borrell, delivers a speech on the situation at the Ukrainian border, at the European Parliament in Strasbourg, eastern France, 14 December 2021. [Pool/EPA/EFE]

The EU is not following the US in withdrawing its diplomats’ families from Ukraine, top European diplomat Josep Borrell said on Monday (24 January), adding that there was no need to “dramatise” the situation while talks with Russia continue.

“We are not going to do the same thing because we don’t know any specific reasons,” Borrell said as he arrived for a meeting of EU foreign ministers which will include videolink participation by US Secretary of State Antony Blinken.

“I don’t think we had to dramatise as far as the negotiations are going on — and they are going on.”

The US State Department announced Sunday it was ordering diplomats’ family members to leave Ukraine, as US President Joe Biden weighed options for boosting America’s military assets in Eastern Europe to counter a buildup of Russian troops.

The order, which also allowed US diplomats stationed at the embassy in the Ukrainian capital Kyiv to leave voluntarily, was one of the clearest signs yet that American officials are bracing for an aggressive Russian move in the region.

“Military action by Russia could come at any time,” the US Embassy said in a statement. Officials “will not be in a position to evacuate American citizens in such a contingency, so US citizens currently present in Ukraine should plan accordingly,” it added.

Tensions in Ukraine have been increasing for months after the Kremlin massed some 100,000 troops near Ukraine’s borders, a dramatic buildup the West says is preparation for a war to prevent Ukraine from ever joining the NATO Western security alliance.

The Kremlin has repeatedly denied planning to invade, but the Russian military already tore off a chunk of Ukrainian territory when it seized Crimea and backed separatist forces who took control of large parts of eastern Ukraine eight years ago.

EU foreign minister will seek to align their response with Washington on Monday, as US Secretary of State Anthony is set to join their virtual meeting. 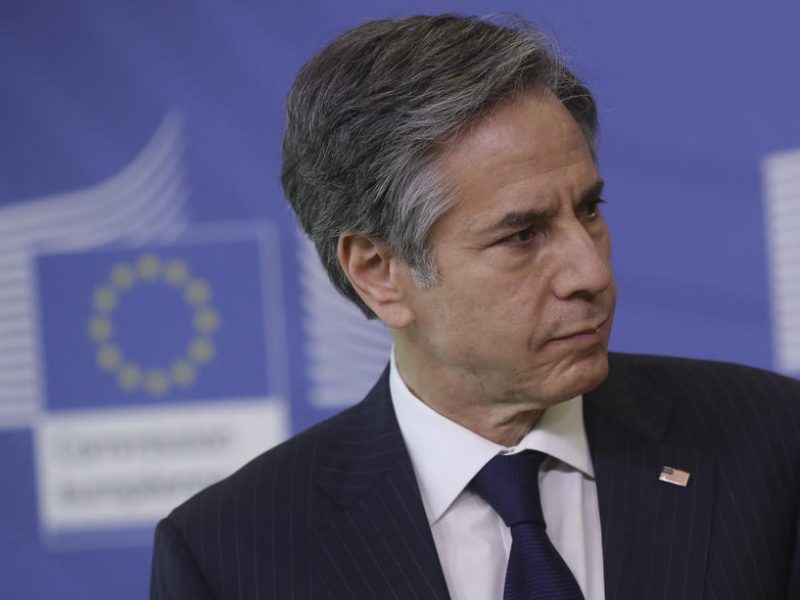 Amid rising fears of Russian military action against Ukraine, EU foreign minister on Monday (24 January) will seek to align their response with Washington, as US Secretary of State Anthony is set to join their virtual meeting.