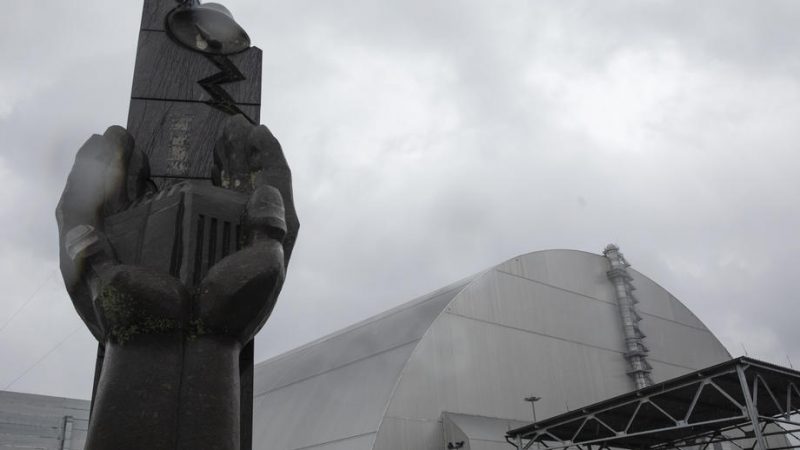 General view of the Chernobyl Nuclear power plant in Chernobyl, Ukraine, 8 April 2022. According to a statement on the situation in Ukraine by the International Atomic Energy Agency (IAEA) Director General on 31 March, Ukraine informed the IAEA that Russian forces that seized control of the Chernobyl Nuclear Power Plant (NPP) since 24 February 'had, in writing, transferred control of the NPP to Ukrainian personnel and moved two convoys of troops towards Belarus'. [EPA-EFE/MIKHAIL PALINCHAK]

The European Union warned Tuesday (26 April) that Russia’s invasion of Ukraine risks setting off a fresh nuclear disaster in Europe, 36 years after the accident at the Chernobyl plant.

Invading Russian forces controlled the Chernobyl zone — the site of the world’s worst nuclear disaster in 1986 — for more than a month before retreating in late March.

“Today, Russia’s illegal and unjustified aggression in Ukraine again jeopardises nuclear safety on our continent,” the European Commission said in a statement.

“The unlawful occupation and the interruption of normal operations, such as preventing the rotation of personnel, undermine the safe and secure operation of nuclear power plants in Ukraine and significantly raise the risk of an
accident,” it said.

Russian troops have also seized the Zaporizhzhia atomic plant, Europe’s largest, after an attack at the site that drew global concern. 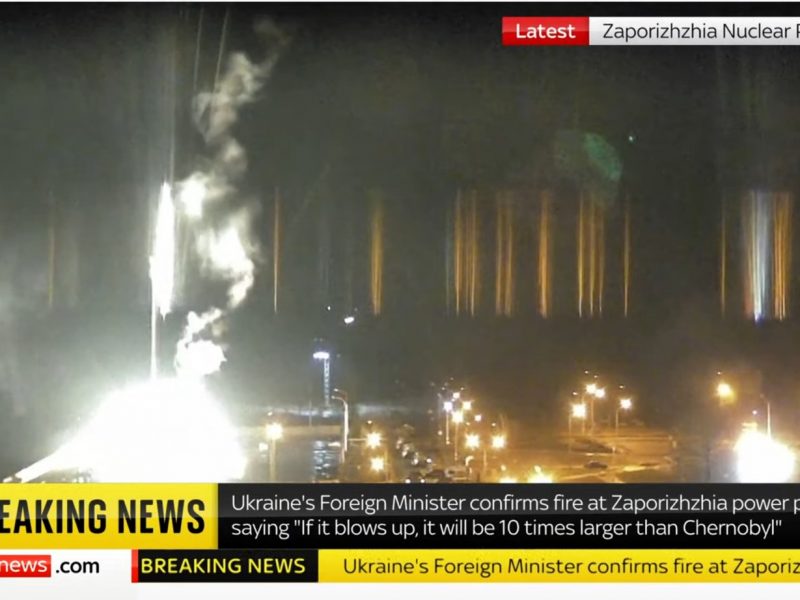 A fire broke out in a training building at the largest nuclear power plant in Europe during intense fighting between Russian and Ukrainian forces, Ukraine’s state emergency service said on Friday (4 March).

“We call on Moscow to return control of the occupied Zaporizhzhia nuclear power plant to the Ukrainian authorities and refrain from any further actions targeting nuclear installations.”

Energoatom issued its latest warning about the risks caused by the war with Russia on the 36th anniversary of Chornobyl disaster.

The company said cruise missiles had flown over the Zaporizhzhia nuclear power plant during an air strike which local authorities said hit a commercial building in the city of Zaporizhzhia, killing at least one person.

“Missiles lying at a low altitude directly over the site of the ZNPP (Zaporizhzhia nuclear power plant), where there are 7 nuclear facilities with a huge amount of nuclear material, poses huge risks,” Petro Kotin, Energoatom’s acting chief, said.

“After all, missiles could hit one or more nuclear facility, and this threatens a nuclear and radiation catastrophe around the world,” he was quoted as saying in a statement issued by Energoatom on the Telegram messaging app.

Energoatom said Russian troops, who have occupied the plant since 4 March, were keeping heavy equipment and ammunition on the site.

“Thirty-six years after the Chornobyl tragedy, Russia exposes the whole world to the danger of a repeat of the nuclear catastrophe!” it said.

Russia did not immediately comment on Energoatom’s statement. It has previously offered safety assurances about Ukraine’s nuclear power facilities since launching what it says is a “special military operation” on 24 February.

Rafael Grossi, the head of the International Atomic Energy Agency (IAEA), called Russia’s occupation of Chernobyl “very, very dangerous” during a visit to the site on Tuesday with a team of experts to carry out radiation checks and deliver essential kit.

IAEA has come under criticism for taking lightly the risks in Ukraine, a country with 15 civil nuclear reactors. 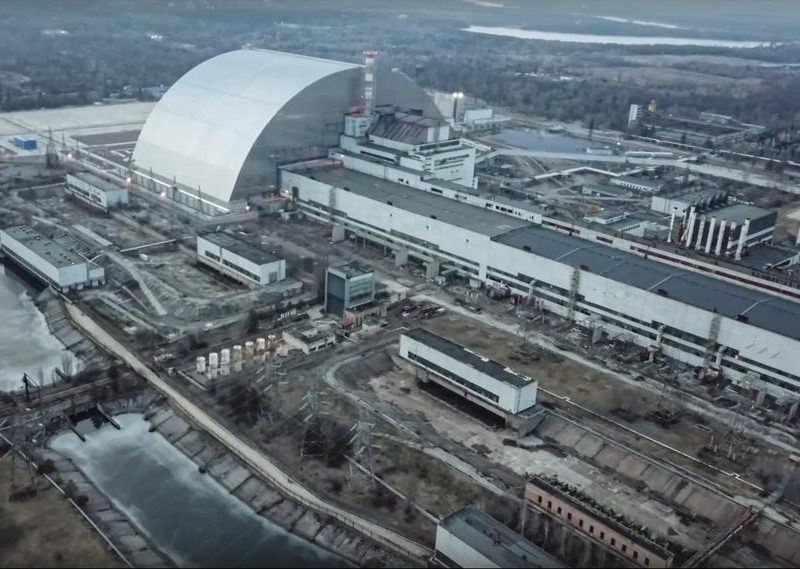 Ukraine said on Wednesday (9 March) there was a danger of a radiation leak at the Chernobyl nuclear power station after electricity was cut off to the plant, but the UN nuclear watchdog saw “no critical impact on security”.

Ukraine says that Russian soldiers dug trenches in highly radioactive locations during their occupation of the exclusion zone. 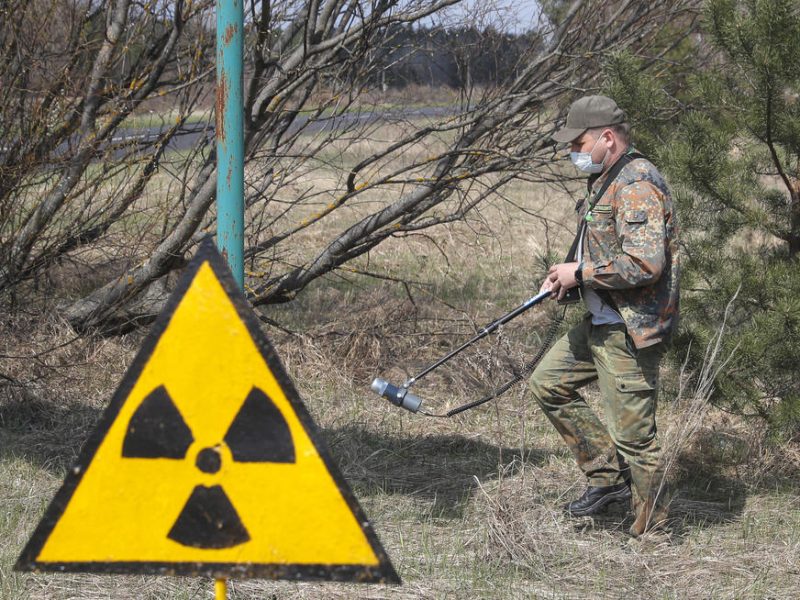 Russian soldiers who seized the site of the Chernobyl nuclear disaster drove their armoured vehicles without radiation protection through a highly toxic zone called the “Red Forest”, kicking up clouds of radioactive dust, workers at the site said.