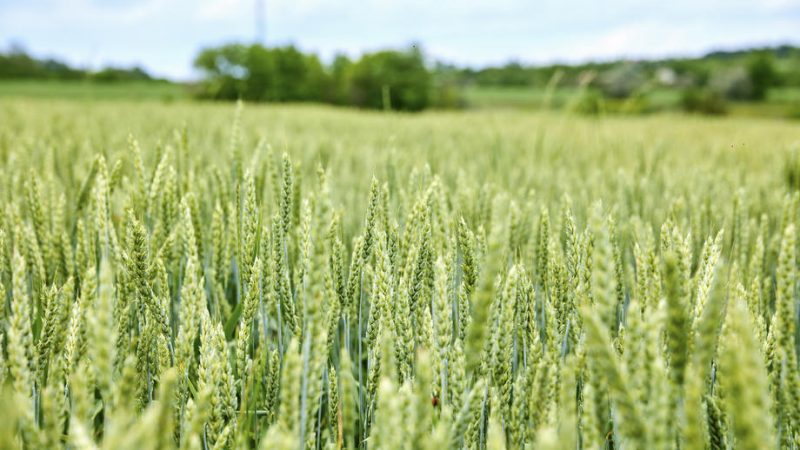 A field of grain crops on the outskirts of Kharkiv, northeast Ukraine, 17 June 2022. According to the Food and Agriculture Organization (FAO), the war in Ukraine is impacting the price and scarcity of certain basic foods on a global scale. [EPA-EFE/SERGEY KOZLOV]

European Union foreign ministers will discuss ways to free millions of tonnes of grain stuck in Ukraine due to Russia’s Black Sea port blockade at a meeting in Luxembourg on Monday (20 June).

Ukraine is one of the top wheat suppliers globally, but its grain shipments have stalled and more than 20 million tonnes have been trapped in silos since Russia’s invaded the country and blocked its ports.

Moscow denies responsibility for the food crisis and blames Western sanctions for the shortage that has led to a jump in global food prices and warnings by the United Nations of hunger in poorer countries that rely heavily on imported grain.

The EU supports efforts by the United Nations to broker a deal to resume Ukraine’s sea exports in return for facilitating Russian food and fertilizer exports, but that would need Moscow’s green light.

Turkey has good relations with both Kyiv and Moscow, and has said it is ready to take up a role within an “observation mechanism” based in Istanbul if there is a deal.

It is unclear if the EU would get involved in militarily securing such a deal.

“Whether there will be a need in the future for escorting these commercial ships, that’s a question mark and I don’t think we are there yet,” an EU official said.

Meanwhile, talks among EU member states on a new package of sanctions against Russia are continuing, according to the EU official who signalled that fresh measures are not imminent.

The existing sanctions are already extensive and there is not much scope for agreement to impose sanctions on Russia’s gas exports to the EU, the official said.