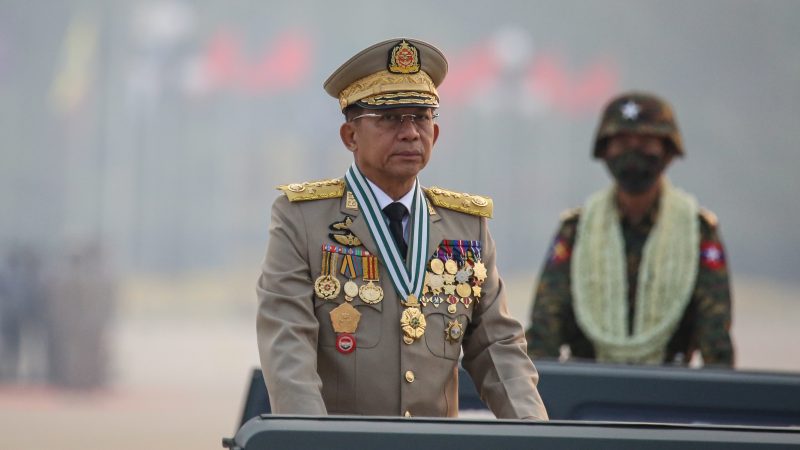 The European Union on Monday (21 June) imposed a third round of sanctions on Myanmar officials and state companies over the military coup on Feb. 1 that overthrew elected leader Aung Suu Kyi and sent the country tumbling into chaos.

More than 860 people have been killed by security forces since then, and more than 4,500 jailed, according to an activist group. The junta says the number is much lower.

Neither sanctions nor diplomacy nor the increasing violence have had an obvious impact on the junta, which argues that the coup which ended 10 years of tentative democratic reforms will bring a “disciplined democracy.”

The EU imposed an asset freeze and a travel ban on eight Myanmar officials, among them the home affairs minister responsible for the police force, and slapped sanctions on three companies that are state-owned or controlled by the military.

A fourth entity, the War Veterans Organisation, was also hit by the measures.

“By targeting the gems and timber sectors, these measures are aimed at restricting the junta’s ability to profit from Myanmar’s natural resources, while being crafted so as to avoid undue harm to the people of Myanmar,” the EU said in a statement. 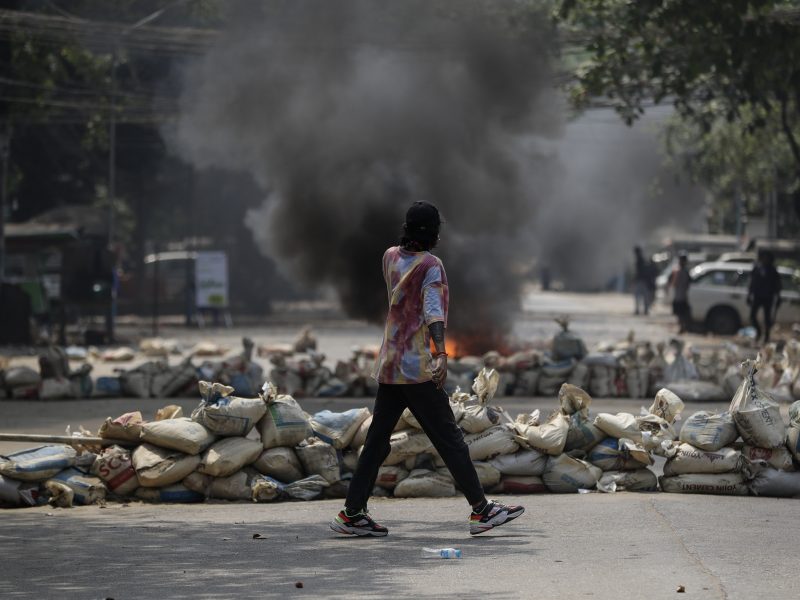 US President Joe Biden has led global condemnation of an “absolutely outrageous” crackdown by Myanmar’s junta that left more than 100 people – including several children – dead in the bloodiest day since the coup two months ago.

UK and US sanctions

The US and Britain have also targeted key officials and enterprises in the country, but so far the junta has shrugged off Western pressure.

London on Monday also announced sanctions on the same companies as well as the military junta’s ruling body the State Administration Council.

The Foreign Commonwealth and Development Office said the move to curb trade in the two high-value commodities would deprive the generals of “millions in revenue”.

“The military has continued its subversion of democracy and brutal killing of civilians,” said Foreign Secretary Dominic Raab.

“We will continue to hold the junta to account and sanction those responsible, until democracy is restored.”

Campaign groups welcomed the latest EU and UK sanctions. Anna Roberts, executive director of the Burma Campaign UK, said it was a way of keeping up economic pressure.

“The EU must now also look at creative ways to stop oil and gas revenue reaching the military. It is vital to continue to systematically identify and cut sources of revenue to the military,” she added.

“There is now no legal source for timber, including precious teak, to be imported from Myanmar into the EU,” said EIA forests campaign leader Faith Doherty.

“With these targeted sanctions, we will be able to stop the flow of hard currency to those who profit individually.”

Moscow supportive of the junta

At a meeting in Moscow, meanwhile, Nikolai Patrushev, the secretary of Russia’s Security Council, and Myanmar’s junta leader, Min Aung Hlaing, committed to further strengthening security and other ties between the two countries.

Rights activists have accused Moscow of legitimising Myanmar’s military junta by continuing bilateral visits and arms deals. Russia says it has a longstanding relationship with Myanmar. 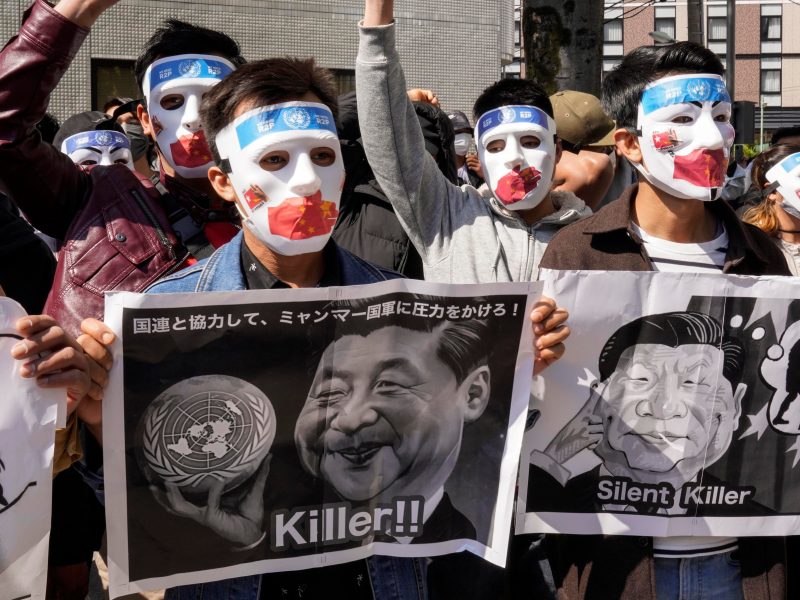