Conte blocked the summit conclusions in a bid to get his reluctant counterparts to share responsibility for asylum seekers landing on Italian shores.

A summit ending without conclusions would have been a political disaster with unpredictable negative consequences for the EU bloc, so the stakes were high

Former law professor Conte, until recently a virtual political unknown, came to Brussels emboldened by the announcement of an upcoming visit to Washington to visit US President Donald Trump, who has hailed Rome’s tough stance, and who himself blocked the conclusions of a recent G7 leaders meeting on trade. 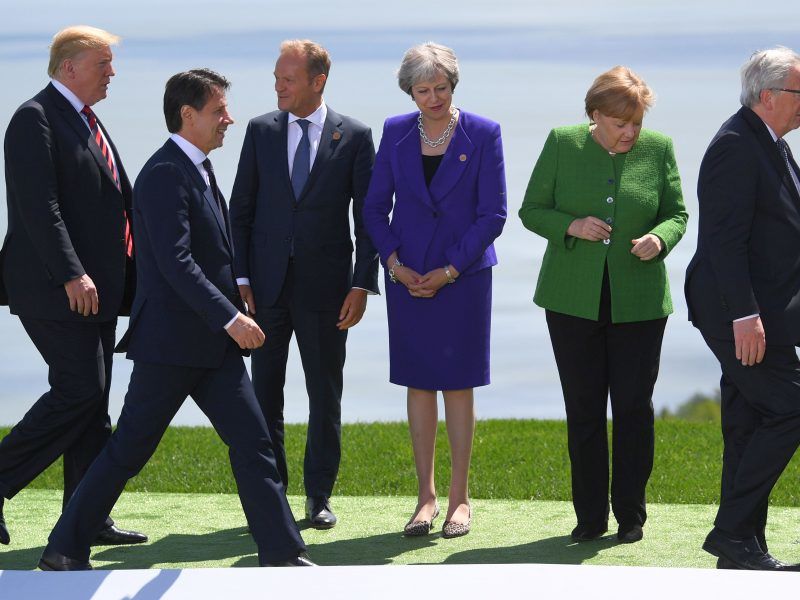 The summit which is expected to end today by noon, was called the “mother of all summits”, in particular because of the potential impact on the political future of German Chancellor Angela Merkel, who is wrestling to preserve her fragile government at home.

“Europe has many challenges but migration could end up determining Europe’s destiny,” Merkel told German lawmakers hours ahead of the summit.

There are very few migrants arriving in Germany recently but Merkel’s conservative CSU ally warned it would send back migrants who reach the German border after having registered in other EU states.

Such a move could see a domino effect of re-introduction of internal borders and the collapse of the Schengen area.

In contrast, Italy is actually under migratory pressure from the so-called Central Mediterranean route with significant numbers of arrivals salvaged at sea and brought to its ports.

“Italy does not need more words, but concrete actions,” Conte told reporters as he arrived at the summit, adding that if EU leaders did not offer more help “we will not have shared conclusions”.

Italy wants the responsibility for migrants on ships arriving on its shores to be shared out across the 28-nation European Union.

European Council spokesman Preben Aamann said that after several hours of talks, conclusions on all issues from the summit – which is also dealing with trade and defence in addition to the core subject of migration – had been blocked.

Other sources said the other 27 EU leaders were “astonished” and unhappy over Italy hardening its position and that “it was a very virulent discussion and everyone jumped on the Italian”.

Twelve hours after talks began, at 4.30 CET, Council President Donald Tusk said on Twitter that “EU28 leaders have agreed on… conclusions” including migration.

Conte said  his country was “no longer alone” and “we are satisfied”.

The ten-page summit conclusions contain three and a half pages on migration, while the rest, dedicated to other issues such as security and defence and trade, were agreed much earlier.

The agreed language remains vague. It says that as regards the Central Mediterranean route, efforts to stop smugglers operating out of Libya or elsewhere should be further intensified.

“The EU will continue to stand by Italy and other frontline Member States in this respect. It will step up its support for the Sahel region, the Libyan Coastguard, coastal and Southern communities, humane reception conditions, voluntary humanitarian returns, cooperation with other countries of origin and transit, as well as voluntary resettlement. All vessels operating in the Mediterranean must respect the applicable laws and not obstruct operations of the Libyan Coastguard”, the conclusions read.

A Pyrrhus victory for Italy? That’s what close read of the #EUCO conclusions suggests. It won’t be the “shared effort” language to save Italy, nor “controlled centers” still to be set. Rather the focus on “secondary movements” will make Italy’s situation worse-off @davcarretta https://t.co/ovErlSWe9J

New money for the EU-Turkey deal?

The summit agreed to launch the second tranche under the EU-Turkey deal of July 2016, although it omits to mention its price tag of €3 billion.  At the same time it agrees to release €500 million to the EU’s Emergency Trust Fund for Africa, which was a condition by Italy raised before the summit.

Tusk has proposed that the leaders approve work on migrant “disembarkation platforms” in countries outside Europe, most likely in Africa. The agreed text says:

“The European Council calls on the Council and the Commission to swiftly explore the concept of regional disembarkation platforms, in close cooperation with relevant third countries as well as UNHCR and IOM. Such platforms should operate distinguishing individual situations, in full respect of international law and without creating a pull factor.”

Former communist countries in Eastern Europe, particularly the authoritarian governments of Hungary and Poland, implacably oppose the relocation of migrants.

In this respect, the conclusions state that future transfers will be made on a voluntary basis, distinguishing between irregular migrants, who will be returned, and those in need of international protection, for whom the principle of solidarity would apply.

“All the measures in the context of these controlled centres, including relocation and resettlement, will be on a voluntary basis, without prejudice to the Dublin reform,” say the conclusions, which in another paragraph mention that the reform of the EU asylum system is postponed until the October EU summit.

The so-called “secondary movements” of migrants between EU countries were the major concern of Merkel and the agreed text reads:

“Concerning the situation internally in the EU, secondary movements of asylum seekers between Member States risk jeopardising the integrity of the Common European Asylum System and the Schengen acquis. Member States should take all necessary internal legislative and administrative measures to counter such movements and to closely cooperate amongst each other to that end.”

In parallel with decisions at EU level, Merkel is reportedly seeking bilateral deals on managing these “secondary movements”. However, countries commit to take back refugees who are crossing their borders in present times, when their number is very low. 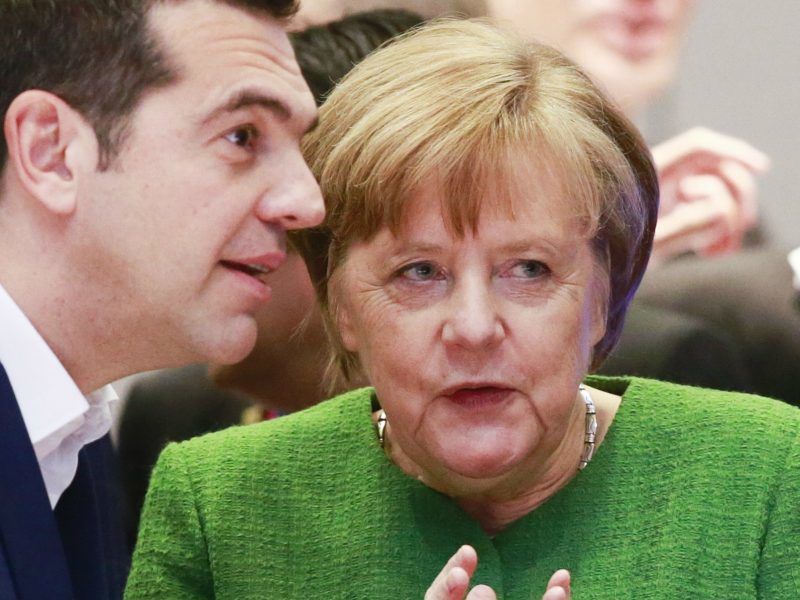 Nobody is impressed about the vague nature of #EUCO conclusions on #migrationEU Why? 1. What “shared effort” means? 2. Which Member States will host the “controlled centers”? 3. Whose authority will distinguish “individual situations”? 4.The word “voluntary basis” comes twice pic.twitter.com/ArIs5KWFry