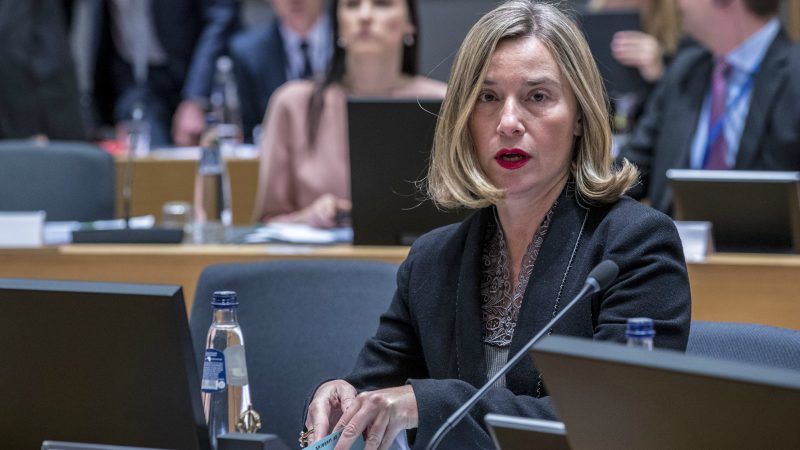 The 28 ministers meeting in Brussels voiced their “unqualified solidarity” with Britain over the attack, which targeted former agent Sergei Skripal and his daughter Yulia in the English city of Salisbury with a Soviet-designed military grade nerve agent.

“The European Union takes extremely seriously the UK government’s assessment that it is highly likely that the Russian Federation is responsible,” the ministers said in a joint statement.

Statement by the Foreign Affairs @EUCouncil on the #SalisburyAttack

"The #EuropeanUnion strongly condemns the attack that took place against Sergei & Yulia Skripal in Salisbury, UK on 4 March 2018, that also left a police officer seriously ill."

“The European Union expresses its unqualified solidarity with the UK and its support, including for the UK’s efforts to bring those responsible for this crime to justice.”

International chemical weapons experts are due to arrive in Britain on Monday to investigate the incident, which has triggered a fierce diplomatic row between London and Moscow.

“The European Union is shocked at the offensive use of any military-grade nerve agent, of a type developed by Russia, for the first time on European soil in over 70 years,” the ministers said.

Britain, France, Germany and the United States issued a joint statement last week blaming Russia for the attack, but sources say other EU states have been reluctant to put pressure on Moscow over the incident.

Monday’s meeting, at which British foreign minister Boris Johnson briefed his European colleagues on the investigation, was not expected to produce fresh sanctions against Russia.

EU leaders are set to discuss the Salisbury incident at a summit in Brussels on Thursday.