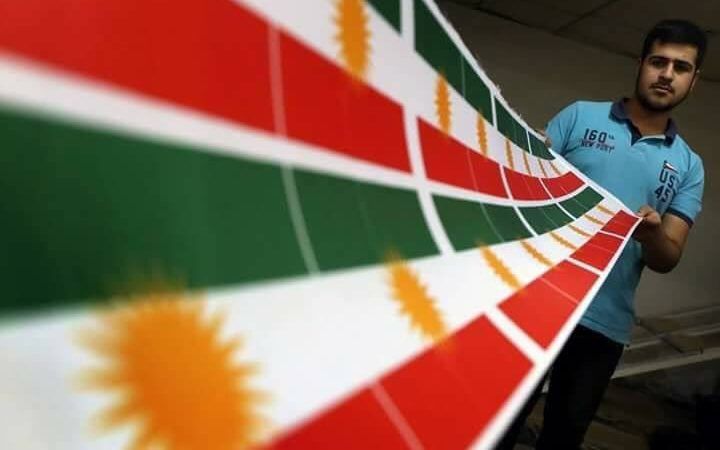 Iraq’s autonomous Kurdish region last week announced it would hold a referendum on independence, in a move the government in Baghdad will strongly oppose. EU ministers on Monday (19 June) are expected to express support for the territorial integrity of Iraq.

The Kurdish leader Massoud Barzani, who has served as president of Iraqi Kurdistan since 2005,  announced a referendum on independence on 7 June.

I am pleased to announce that the date for the independence referendum has been set for Monday, September 25, 2017https://t.co/Woj0JuYZNE

Barzani’s assistant Hemin Hawrami tweeted that voting would take place in the disputed region of Kirkuk and three other areas also claimed by the central government; Makhmour in the north, Sinjar in the northwest and Khanaqin in the east.

Referendum on 25/9/2017 is for Iraqi Kurdistan including kirkuk, Khanqin, Sinjar & Makhmor. The ? Is: Do you want an independent Kurdistan?

The president of Iraq’s ruling Shi’ite coalition told Reuters in April it would oppose a Kurdish referendum. Ammar al-Hakim especially warned the Kurds against any move to annex oil-rich Kirkuk.

EU ministers will discuss Iraq as “any other business” at the Foreign Affairs Council on Monday.

Speaking to a small number of journalists today (16 June), a EU diplomat said there was “hesitation” over the referendum, because in his view the overriding concern was the stabilisation of Iraq and of its institutions “within its territorial borders”.

The diplomat said the Kurdish referendum will not be mentioned in the Council conclusions, but the message both to the central authorities of Iraq and the Kurds would be that they need to move to the process of reconciliation, discussion, engagement. Unity, sovereignty, stability and territorial integrity, would be the key words of the EU message, he said.

Nonetheless the diplomat stated that if what emerges from the internal process is “some arrangement for autonomy” within the borders of Iraq, this would be “a matter between them”.

The UN has said it would not play a part in the planned Kurdish referendum.

Preparations being made all over the #Kurdistan Region for the 25th September 2017 Kurdish independence referendum. pic.twitter.com/w4iMWLcQBT

The diplomat also called the expected retaking of Mosul by the Iraqi army from ISIS “a game changer”. He added that the EU’s focus was turning now on the post-conflict phase, concerning how to engage, issues of justice, accountability, financial and economic reform and governance.

The offensive to retake the northern city started in October with air and ground support from the US-led international coalition.

The fall of Mosul would, in effect, mark the end of the Iraqi half of the “caliphate” that Islamic State leader Abu Bakr al-Baghdadi declared in a speech from a historic mosque in the Old City.

Iraq’s Kurds are playing a major role in the US-backed campaign to defeat Islamic State. The Kurds have their own armed forces, the Peshmerga, which in 2014 prevented ISIS from capturing Kirkuk after the Iraqi army fled in the face of the militants. They are effectively running the region, also claimed by Turkmen and Arabs.

The idea of Iraqi Kurdish independence has been historically opposed by Iraq and neighbouring Iran, Turkey and Syria, as they fear separatism spreading to their own Kurdish populations. It is particularly opposed to by Turkey, which has started to build a 900 kilometre concrete wall with Syria, out of concern over Kurdish separatism.

Masrour Barzani, the head of the Kurdish government’s Security Council and son of President Barzani, said in June last year that Iraq should be divided into separate Shi’ite, Sunni and Kurdish entities to prevent further sectarian bloodshed.

One response to “EU tight-lipped on Kurdish referendum”