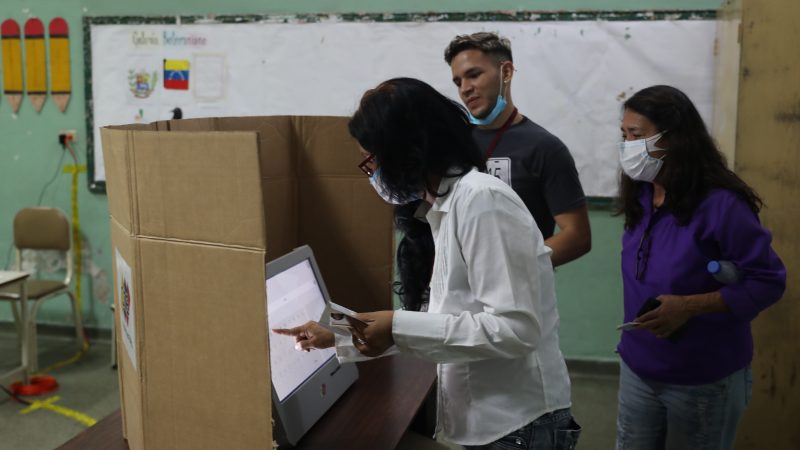 File photo. People in a voting center in Petare, Caracas, Venezuela, 6 December 2020. The election for the nations National Assembly is being contested by over 100 parties. [EPA-EFE/Miguel Gutierrez]

The European Union will send observers to regional elections in Venezuela scheduled for 21 November, on the invitation of the country’s National Electoral Council, the bloc’s foreign policy chief said in a statement on Wednesday (29 September).

“An unprecedented electoral process will take place, with the concurrence of the majority of political forces for the first time in recent years, to elect more than 3,000 regional and municipal representatives in Venezuela,” EU High Representative for Foreign Affairs Josep Borrell said.

“The EU Election Observation Mission will undertake an independent technical assessment of all aspects of the electoral process and will propose recommendations to improve future elections,” he said.

The vote comes after three years of opposition election boycotts and a failed US-backed effort to force Socialist Party President Nicolás Maduro from power through sanctions and the creation of a parallel opposition-led government.

The regional elections are expected to pose little threat to Maduro’s control of Venezuela. He has hung on to power despite a breathtaking collapse of the country’s economy as well as the broad US sanctions program meant to force him from power.

The EU will send 11 election experts who will arrive in Caracas in October and will be joined by the end of that month by up to 62 long-term observers who will be deployed in the country’s regions.

A further 34 EU short-term observers and 20 locally recruited ones will reinforce the mission on election day. The EU team will stay in Venezuela until the completion of the electoral process, the EU statement said.

The EU observers will issue a preliminary statement and hold a news conference in Caracas after the elections and will also issue a final report with recommendations for future elections after the finalization of the electoral process.