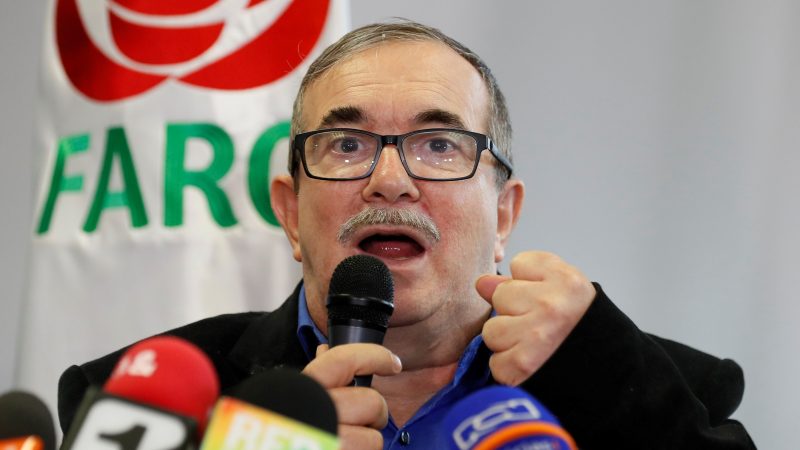 The European Union said on Thursday (24 October) it would extend for four years funding to support implementation of Colombia’s peace accord with former Revolutionary Armed Forces of Colombia (FARC) rebels, including an initial contribution of 33.5 million euros.

The EU has given nearly 128 million euros to help former fighters reintegrate since late 2016.

The peace accord ended the FARC’s part in more than five decades of conflict in Colombia, which left 260,000 people dead and millions displaced.

“This announcement is a serious bet, solid, with resources, to show our commitment with the government of Colombia,” EU Ambassador to Colombia Patricia Llombart told journalists, adding the EU hoped for a “peace that generates economic development.”

Some 13,000 members of the FARC, including 7,000 combatants, demobilized under the deal. The group is now a political party.

Hundreds of fighters remain in former demobilization camps, where many are participating in business projects meant to help them reintegrate into society and find ways to make a living.

A majority of former guerrillas have remained committed to the peace process, despite the killings of dozens of ex-combatants, the rearmament of some former commanders and doubts that President Ivan Duque is committed to helping former fighters.

“This is a long-term effort. We are all clear that within the priorities is accompanying ex-combatants for all the time that is necessary for them to finish their transition to legality,” said Emilio Archila, Colombia’s presidential adviser for implementation of the accord.

The new EU money will fund two cacao-production projects and one cheese-making effort next year, Archila said. Funds from the EU, Austria and Finland have so far been used for about 30 projects, he said.