Nikos Anastasiades and the PM of Estonia Juri Ratas on 23 February 2018. [Council]

The Cypriot President Nikos Anastasiades succeded on Friday (23 February) in convincing his colleagues at the EU summit to make a planned “leaders’ meeting” with Turkish President Recep Tayyip Erdoğan in Varna conditional on stopping “illegal violations” in the Cypriot economic zone.

Although the summit is informal and at 27, it was planned that Anastasiades would inform EU leaders of military activities by the Turkish navy aimed at discouraging Cyprus from offshore gas exploration activities.

“This evening [Cyprus] President Anastasiades and  [Greek] Prime Minister Tsipras informed us about the latest developments regarding Turkey’s illegal violations in the Eastern Mediterranean and the Aegean. On behalf of all the EU leaders, I would like to express our solidarity with Cyprus and Greece and urgently call on Turkey to terminate its activities. I reiterate the support for the sovereign right of the Republic of Cyprus to explore and exploit its national resources in accordance with EU international law, including the UN Convention on the Law of the Sea.”

“These actions contradict Turkey’s commitments to good neighbourly relations and the normalisation with all member states. We are ready to cooperate with Turkey and will assess at our March European Council whether the conditions are to hold the leaders’ meeting with Turkey in Varna on 26 March,” Tusk said.

The EU summit will be held on 22-23 March, just a few of days before the Varna meeting, where Erdoğan is expected to meet with Tusk, Commission President Jean-Claude Juncker and Bulgarian Prime Minister Boyko Borissov in the Bulgaria Black Sea city of Varna.

The meeting was arranged as a result of heavy lobbying by Borissov, who counts on Turkey to implement its deal with the EU to prevent migrants from crossing to the Greek islands from Turkish territory. 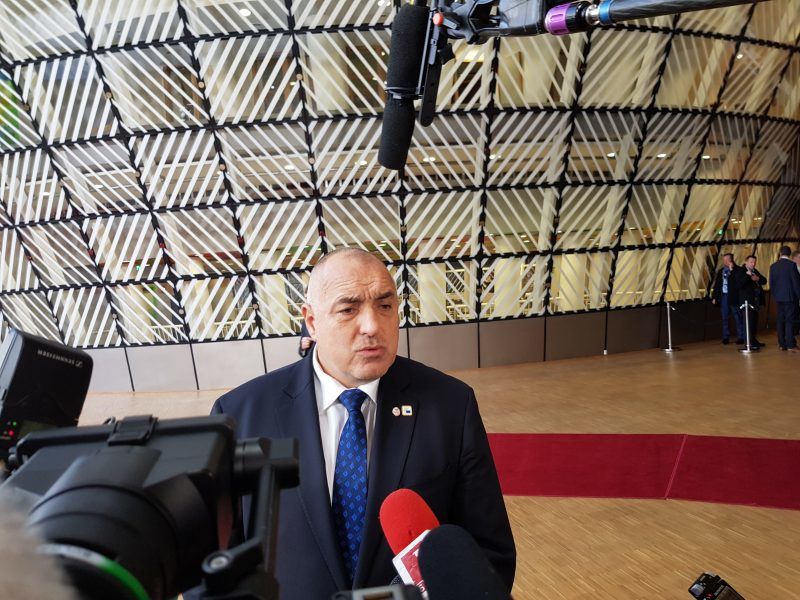 An upcoming summit with Turkish President Recep Tayyip Erdoğan in the Bulgarian city of Varna in March will be a “heavy experience”, Bulgarian Prime Minister Boyko Borissov told journalists on Friday (23 February), ahead of the informal EU summit.

Turkey has a large shopping list, including more money for the migrant deal, visa liberalisation and progress in its EU accession talks.

Turkey`s actions in the EEZ are a European problem and not solely a problem of the Republic of Cyprus Government Spokesman Nikos Christodoulides said following the conclusion of the EU`s informal summit in Brussels.

"During the European Council, there was a collective, clear position by all the Member States on Turkey`s provocations in the Republic of Cyprus Exclusive Economic Zone," the Spokesman noted.

"At the same time, it is important that Turkey`s behavior will be reassessed at the European Council summit next March and any decisions in relation to the EU-Turkey Summit in Varna, will be taken on the basis of this assessment, said Nikos Christodoulides.