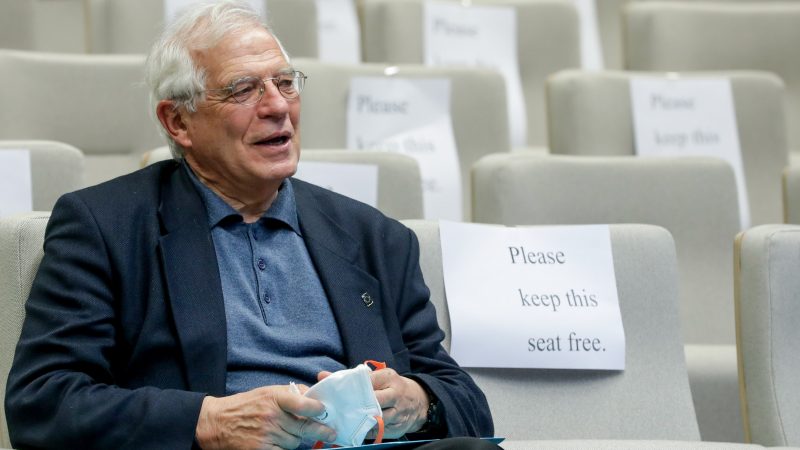 The European Union urged the United States on Saturday (30 May) to reconsider its decision to cut ties with the World Health Organization over its handling of the coronavirus pandemic.

“In the face of this global threat, now is the time for enhanced cooperation and common solutions. Actions that weaken international results must be avoided,” European Commission President Ursula von der Leyen and Josep Borrell, the EU’s top diplomat, said in a statement.

We urge the #US to reconsider its announced decision on breaking ties with the ⁦@WHO⁩. Actions that weaken international results must be avoided. My statement with ⁦@EU_Commission⁩ President ⁦@vonderleyen⁩ https://t.co/BUlzdiLE3i

“In this context, we urge the US to reconsider its announced decision,” they said a day after President Donald Trump announced the move, accusing the UN agency of becoming a puppet of China.

The decision is “the wrong signal at the wrong time,” Maas told German media group Funke. With the number of infections continuing to rise globally, “we cannot tear down the dike in the middle of a storm”, he said.

The EU has led calls for a review of the international response to the coronavirus pandemic, including the UN agency’s performance.

WHO Director-General Tedros Adhanom Ghebreyesus, who has defended the agency against fierce criticism by Trump, has promised a review of its performance after the pandemic eases.

Trump last month halted funding for the 194-member organization, then in a 18 May letter gave the WHO 30 days to commit to reforms.

Speaking at the White House on Friday, Trump said Chinese officials pressured the WHO to “mislead the world”.

The move to quit the Geneva-based body comes amid growing tensions between Washington and Beijing over the coronavirus outbreak. The virus first emerged in China’s Wuhan city late last year.