EU, US ‘cast serious doubt’ on Macedonia’s commitment to democracy 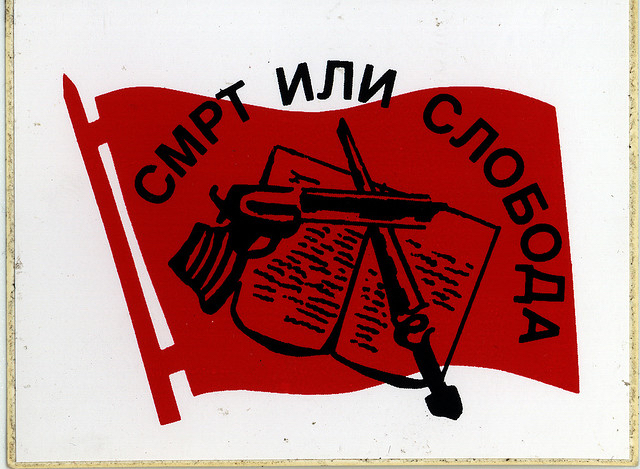 The United States and major European powers on Monday (11 May) questioned the Macedonian government’s commitment to democracy and European values over its failure to address allegations of abuse of power, piling pressure on leader Nikola Gruevski following a weekend of bloodshed.

The unusually strong rebuke follows months of damaging opposition disclosures from taped conversations involving Gruevski and his closest allies that the West says raise serious questions about the state of democracy in the ex-Yugoslav republic.

Gruevski’s government on Saturday ordered a police operation at dawn against what it called ethnic Albanian “terrorists” in the northern, ethnically-mixed town of Kumanovo, triggering a gun battle in which eight police and 14 alleged gunmen died.

The bloodshed recalled an ethnic conflict in 2001 that took Macedonia to the brink of civil war before Western diplomacy intervened. But it also drew accusations from the country’s Albanian minority and Gruevski’s political opponents that the government was trying to create a diversion.

The West called for a thorough investigation of what went on, and the ambassadors of the United States, the European Union, Britain, Germany, France and Italy met Gruevski on Monday for talks scheduled prior to the weekend violence.

In a statement read out by U.S. ambassador Jess Baily, the envoys criticised Skopje’s failure to address the “many allegations of government wrongdoing arising from the disclosures” published by opposition leader Zoran Zaev.

“This continued inaction casts serious doubt on the government of Macedonia’s commitment to the democratic principles and values of the Euro-Atlantic community,” they said, adding that a lack of concrete action “will undermine Macedonia’s progress toward EU and NATO membership.”

Macedonia’s NATO and EU accession is already blocked by a long-running dispute with Greece over the country’s name, limiting the West’s leverage. But the EU does have punitive measures at its disposal, and controls funds that flow to Macedonia as a candidate for membership.

>>Read: Waiting for EU leadership: The worsening crisis in Macedonia

Zaev says he has a mountain of illegal wire taps that he says were made by the government on an industrial scale and leaked to him by a whistleblower.

So far the tapes, if authentic, appear to expose government control over journalists and judges, the appointment of political party faithful to state jobs and the massaging of elections.

The government says the tapes were made by foreign spies and has dismissed their content as doctored. Zaev has been charged with trying to topple the government.

He has called for a mass rally on May 17 to press for Gruevski’s resignation.

On Monday, hundreds turned out for the latest in days of small protests in front of the government, lighting candles and laying flowers for the weekend’s dead.

Macedonia said on Sunday (10 May) that its police had wiped out a group of ethnic Albanian "terrorists" in a day-long gun battle that left at least 22 people dead at a moment of deep political crisis in the former Yugoslav republic.

NATO, which dragged Macedonia from the brink of civil war in 2001, called for a "transparent investigation" of what went on when heavily armed police entered a mainly Albanian neighbourhood in the northern town of Kumanovo before dawn on Saturday.

0 responses to “EU, US ‘cast serious doubt’ on Macedonia’s commitment to democracy”