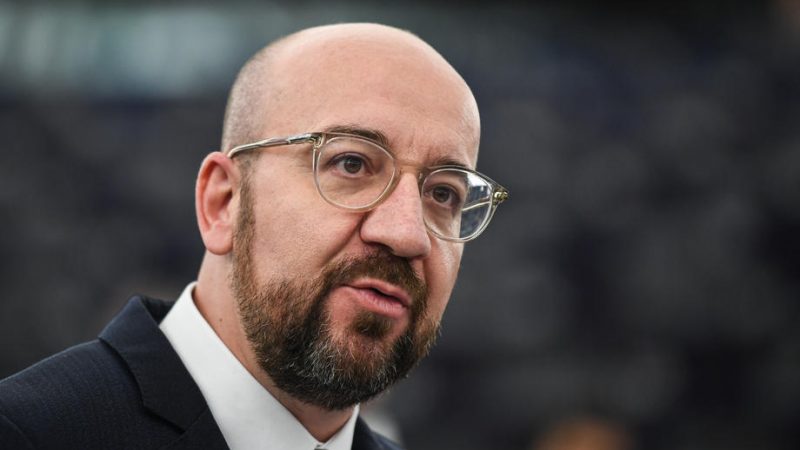 Charles Michel: “Further escalation must be avoided at all cost". [EPA/PATRICK SEEGER]

“The cycle of violence, provocations and retaliations which we have witnessed In Iraq over the past few weeks has to stop,” former Belgian premier Charles Michel said.

“Further escalation must be avoided at all cost,” he added, hours after a US strike killed Iranian covert force commander Major-General Qasem Soleimani at Baghdad airport.

The United States killed Soleimani, head of the elite Quds Force and architect of Iran’s spreading military influence in the Middle East, in an airstrike at Baghdad airport on Friday, the Pentagon and Iran said.

Following the news about the attack, Israeli Prime Minister Benjamin Netanyahu immediately left Greece, where he was for the signing of the EastMed pipeline deal, Greek media reported.

Defence Minister Naftali Bennett has convened a meeting of top military and defence officials to assess the situation.

Israeli newspaper Haaretz reported that Netanyahu had ordered members of the security cabinet not to speak publicly about the events.

Soleimani’s killing marks a dramatic escalation in the regional “shadow war” between Iran and the United States and its allies, principally Israel and Saudi Arabia, which could quickly ratchet up tit-for-tat attacks.

Iran’s Supreme Leader Ayatollah Ali Khamenei vowed harsh revenge.adio said the military had gone on heightened alert. The army decided to close Mount Hermon to visitors on Friday; however, no other instructions were given to citizens living in the north of the country.

Residents of the Golan Heights reported that their cellphones, internet and landlines have all been operating much more slowly than usual,” the newspaper wrote.

Reuters reported that in Gaza, Hamas, which has long enjoyed financial and military support from Tehran, condemned Soleimani’s killing and sent its “dearest condolences” to Iran.

Gaza-based Hamas official Bassem Naim wrote on Twitter that the assassination “opens the doors of the region to all possibilities, except calm & stability. The USA bears the responsibility for that”.

The Iranian-backed Palestinian militant group Islamic Jihad, also based in Gaza, praised Soleimani as a leader “who always brought horror into the hearts of America and Israel”.

“The alliance of resistance will not be defeated, will not be broken and its integrity will become stronger in confronting the Zionist-American project,” Abu Hamza, a spokesman for Islamic Jihad, said on Twitter.