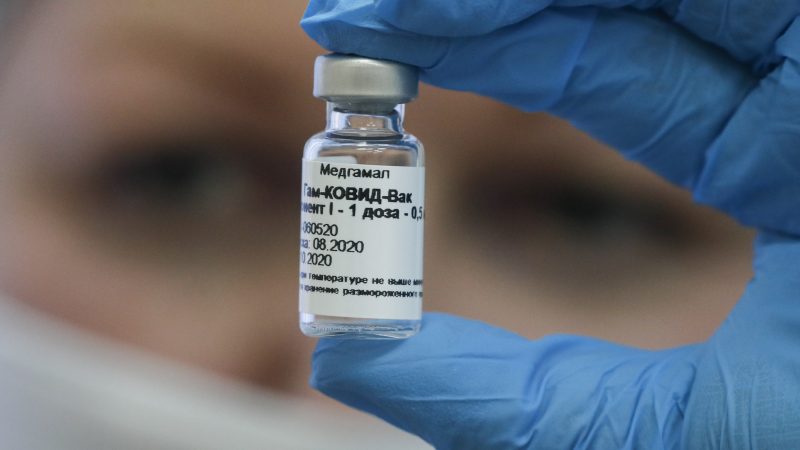 A Russian medical worker displays a trial vaccine against COVID-19 in a post-registration phase of the test at outpatient hospital number 68 in Moscow, Russia, 17 September 2020. [Sergei Ilnitsky/EPA/EFE]

Hungarian Prime Minister Viktor Orbán’s hard line against migration and what critics say is his increasingly authoritarian grip on power – an accusation he has repeatedly denied – as well as his pursuit of close relations with Russia have caused repeated clashes with the European Union.

A new showdown is expected on Thursday (19 November) when EU leaders hold a video conference that may address the bloc’s massive COVID rescue plan and seven-year budget, which Hungary and Poland’s nationalist governments are blocking because they make access to money conditional on respecting the rule of law. 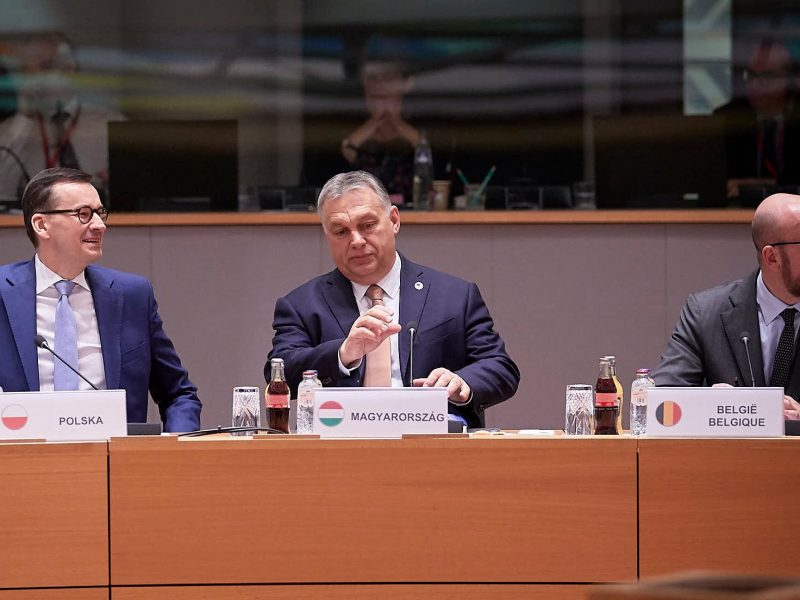 Hungarian plans to conduct trials of and possibly produce the Russian vaccine, an unprecedented step for an EU member state, add to existing frictions with Brussels. 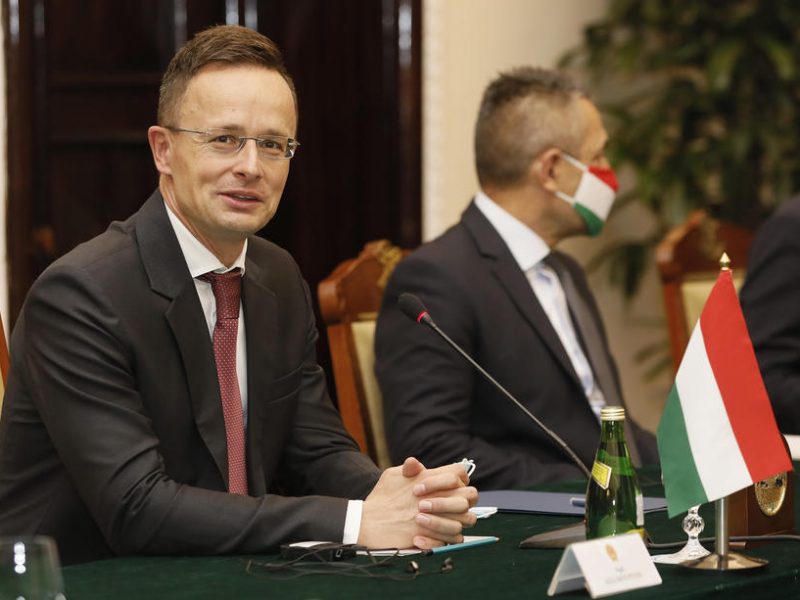 Russian vaccine to arrive in Hungary

Hungary will receive a small batch delivery of COVID-19 vaccines from Russia in December, followed by a “large quantity shipment” in January, said Foreign Minister Péter Szijjártó in a video, which he posted on Facebook from quarantine after he …

Asked about these plans, a spokesman for the Commission, the EU’s executive, said: “The question arises whether a member state would want to administer to its citizens a vaccine that has not been reviewed by EMA.”

Under EU rules, Sputnik V must be authorised by the European Medicines Agency before it can be marketed in any state of the 27-nation bloc, EMA said.

“This is where the authorisation process and vaccine confidence meet. If our citizens start questioning the safety of a vaccine, should it not have gone through rigorous scientific assessment to prove its safety and efficacy, it will be much harder to vaccinate a sufficient proportion of the population,” the Commission spokesman added in an emailed statement.

A recent study of 8,000 people in the United States and Britain found that fewer people would “definitely” take a COVID-19 vaccine than the 55% of the population which scientists estimate is needed to provide so-called herd immunity.

Experts have said that misinformation and perceived weak safety checks on candidate vaccines play a central role in reducing confidence in their efficacy.

Orbán’s government has said it plans to trial and licence Sputnik V, and this week would begin importing a small number of doses that could lead to larger imports and mass-production in Hungary next year if the shot proved safe and effective.

Vaccines being developed by US firms Moderna and Pfizer – the latter in cooperation with Germany’s BioNTech – have showed slightly better results on a much larger sample of people exposed to the virus.

The Hungarian government did not respond to questions on whether it wanted to licence the Sputnik V vaccine at home or through the required EU process.

“Vaccines should be out of politics and countries should have a choice how to protect their citizens,” said Kirill Dmitriev, head of the Russian sovereign wealth fund which has underwritten the development of Sputnik V.

He added that Russia was ready to share data with the European Medicines Agency and said it aimed to produce the vaccine in Hungary and in other willing EU nations. A subsidiary of the wealth fund also requested scientific advice from EMA in late October but has received no reply so far, the fund said.

EMA said that it had received no data from Russia or Hungary on Sputnik V or any other COVID-19 vaccine.

Sputnik V is expected to be trialled and produced in other countries across the world beyond Russia, with Brazil, Mexico, the Philippines and the United Arab Emirates among those who have expressed an interest in the shot.

But the EU questions even the import of Sputnik V by one of its member states.

Temporary import and distribution of unauthorised vaccines is allowed for emergency use in the EU “in response to the suspected or confirmed spread of pathogenic agents, toxins, chemical agents or nuclear radiation, any of which could cause harm,” the relevant EU law reads.

This rare exemption has been widely debated in recent months by EU experts, the European Commission said.

“The widely supported view is that it should be considered very carefully,” the commission spokesman said. Such emergency procedures, he said, would also conflict with the EU’s current vaccine strategy.

Under that strategy, the EU has signed contracts with five vaccine makers, including Pfizer, for the supply of nearly 2 billion doses of their potential COVID vaccines and is talking with at least two other manufacturers for additional shots.

That would cover the 450 million combined population of all EU states, including Hungary, which under those deals also ordered millions of doses of the Pfizer, Astra Zeneca and Johnson & Johnson vaccines now in development.