Volunteers of White Helmets search for survivors after an explosion in the city of Idlib, Syria, 09 April 2018. [EPA-EFE/MOHAMMED BADRA]

The warplanes bombarded countryside around Jisr al-Shughour on the western edge of the rebel enclave of Idlib after weeks of lull, killing 13 civilians but no fighters, according to the Syrian Observatory for Human Rights and a rebel source.

For President Bashar al-Assad, the defeat of rebels in the northwestern province would mean breaking the last major stronghold of active military opposition to his rule, though other large areas also remain beyond his control.

Washington warned Assad against using chemical weapons, promising a swift response if he did.

Since Russia’s entry into the war on his side in 2015, Assad and his other allies, Iran and a group of regional Shi’ite militias, have forced the rebels from a succession of bastions including Aleppo, Eastern Ghouta and Deraa.

Damascus uses the term “reconciliation” for the negotiated rebel surrenders that have taken place in some areas.

“Idlib is different from other regions because of the large numbers of fighters,” Haidar said. “However we cannot say there is no gateway to reconciliation.”

Half of Idlib’s 3 million people have already fled there from their homes in other parts of Syria, according to the United Nations, and any offensive threatens new displacement and human misery.

It could also spark a wider confrontation with Turkey, a supporter of the rebels, whose army has set up observation posts along the Idlib front lines to deter fighting.

Turkey’s Hurriyet daily reported that Turkish armed forces were reinforcing the Idlib border with M60 tanks, and Reuters television filmed a convoy heading toward the border.

An attack on Idlib would be a massacre, Turkish President Tayyip Erdogan was quoted as saying by Hurriyet Daily.

“The situation in Idlib is crucial for Turkey. A ruthless process has been going on there. … God forbid, if this area is hailed by missiles there would be a serious massacre,” Erdogan was quoted saying. 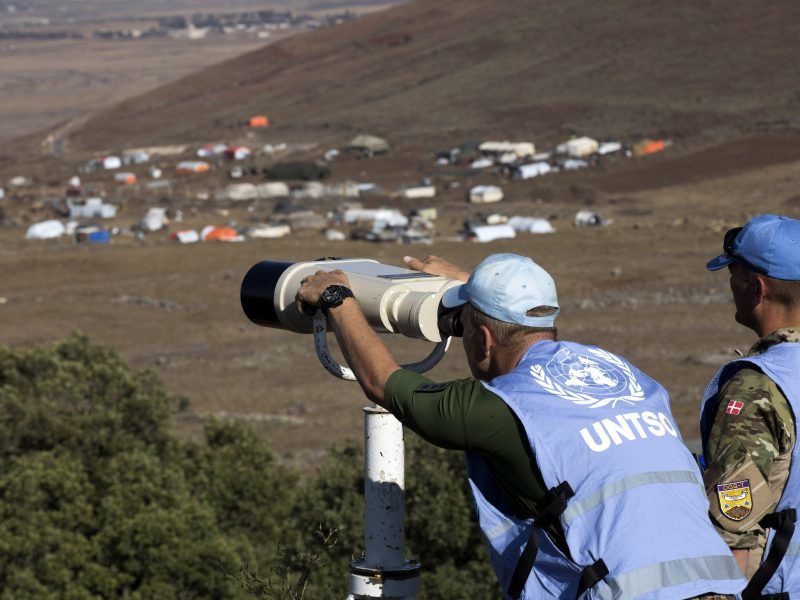 Russia’s Defence Ministry said yesterday (18 July) that Russian and Syrian authorities had set up a refugee centre in Syria to help refugees return home from abroad.

“We will carry this issue to a positive point with the Tehran summit, which is a continuation of Astana. I hope we will be able to prevent the Syrian government’s extremism in this region,” Erdogan said, according to Hurriyet.

Speaking to reporters on the plane back from an official visit to Kyrgyzstan, Erdogan said the road map for the northern Syrian city of Manbij, agreed between Ankara and Washington in June, is not going forward on the same path, according to Hurriyet.

Under the road map for Manbij agreed by the two NATO allies, Turkish and US forces are now carrying out joint patrols there to clear the area of YPG militants.

“We are not at an ideal point (about Manbij). Unfortunately the agreement made is not going forward in the same direction as the initial discussions,” Erdogan was quoted saying.

Tuesday’s air strikes came hours after US President Donald Trump warned Assad and his allies not to “recklessly attack” Idlib, saying that hundreds of thousands might die.

Trump has twice ordered US-led air strikes against targets in Syria in response to what Washington called the Assad government’s use of chemical weapons against civilians.

“If President Bashar al-Assad chooses to again use chemical weapons, the United States and its allies will respond swiftly and appropriately,” White House spokeswoman Sarah Sanders said on Tuesday.

The UN Security Council will discuss Idlib on Friday, Washington’s ambassador to the United Nations announced.

The Kremlin dismissed its comments on Tuesday, describing Idlib, where jihadist insurgent factions dominate, as a “nest of terrorism”. Spokesman Dmitry Peskov added: “We know that Syria’s armed forces are preparing to resolve this problem.”

Iran echoed that theme. “Terrorist groups (in Idlib) have mixed with the people,” said Abbas Araqchi, deputy foreign minister, according to the Islamic Republic News Agency. “They are using people as human shields.”

Last week the UN envoy to Syria, Staffan de Mistura, said the Nusra Front and al Qaeda, both of which the international body designates as terrorists, had an estimated 10,000 fighters in Idlib. 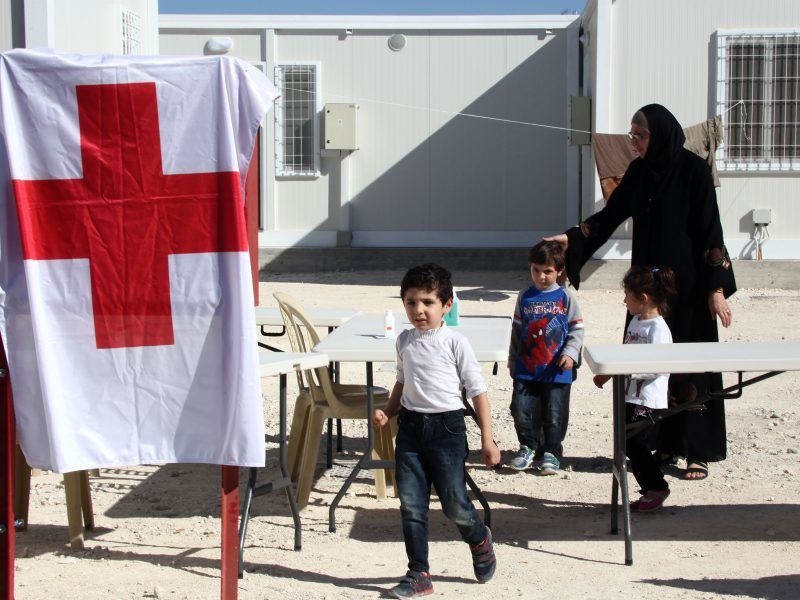 On Tuesday de Mistura said talks between Russia and Turkey held the key to resolving the fate of Idlib without a bloodbath. He said he had heard reports that Damascus had set a Sept. 10 deadline for diplomacy to work before attacking.

Turkey fears a major assault on Idlib could send a new wave of refugees toward its border, and wants to maintain a “de-escalation agreement” that it struck with Russia and Iran last year.

It has staged two major incursions into Syria, creating a buffer zone along its border in an area north of Aleppo that adjoins Idlib, where it has set up a local administration alongside Syrian rebel groups.

Iran’s Foreign Minister Mohammad Javad Zarif, on a visit to Syria, told Iranian state television: “Our efforts are for … the exit of terrorists from Idlib to be carried out with the least human cost.”

He and Peskov said Idlib would be a major subject of discussion at a Sept. 7 summit of Russia’s Vladimir Putin, Turkey’s Tayyip Erdogan and Iran’s Hassan Rouhani.

Last week a source close to Damascus said the government was preparing a phased assault that would initially target the areas in the south and west of the rebel enclave.

Even a staggered offensive would involve fighting around Turkish observation posts, potentially triggering a new escalation in an already complex war.

“Syria does not need further bloodshed and Syrian people have suffered enough,” EU foreign affairs chief Federica Mogherini warned speaking about a possible full-scale military operation in the Idlib Province. Syria figured very high on the agenda of the informal meetings of both the EU Ministers of Defence on Thursday and the Ministers of Foreign Affairs on Friday in Vienna.

Syria’s farming has been remarkably resilient after more than six years of civil war, but it is now time to help rebuild the country’s agricultural sector, a senior UN official has told EURACTIV.

“We discussed ways in which we can increase even more our humanitarian assistance for Syrians, including inside Syria, while still keeping a very clear position on the fact that European Union money for reconstruction in Syria will only come once the political process will be firmly underway under UN auspices,” Mogherini said on Friday, speaking to the press in the Austrian capital.

Mogherini also announced that the European Union will host a ministerial meeting on Syria in New York on the margins of the next UN General Assembly.

“We see the need to prevent and avoid a military action in Idlib that would be a humanitarian catastrophe,” Mogherini said.