EU ‘will react firmly’ to US steel, aluminium tariffs

“The Commission will bring forward in the next few days a proposal for WTO-compatible countermeasures against the US to rebalance the situation,” he said in a statement, referring to the World Trade Organization.

"We'll not sit idly while our industry is hit with unfair measures that put thousands of European jobs at risk. EU will react firmly.

We'll bring forward in the next few days a proposal for WTO-compatible countermeasures against US to rebalance situation" https://t.co/TVqR10uioI pic.twitter.com/WrWm4gC0Md

Earlier Thursday US President Donald Trump announced tariffs of 25% on steel products and 10% on aluminium designed to protect US producers, teeing up a possible trade war with China and Europe.

“We’re going to be instituting tariffs next week,” Trump said, adding they will be in place “for a long period of time”.

EU steel exports to the US will be slashed by an estimated 50% or more, the European Steel Association predicted, accusing the US of choosing to spark a “global trade confrontation”. 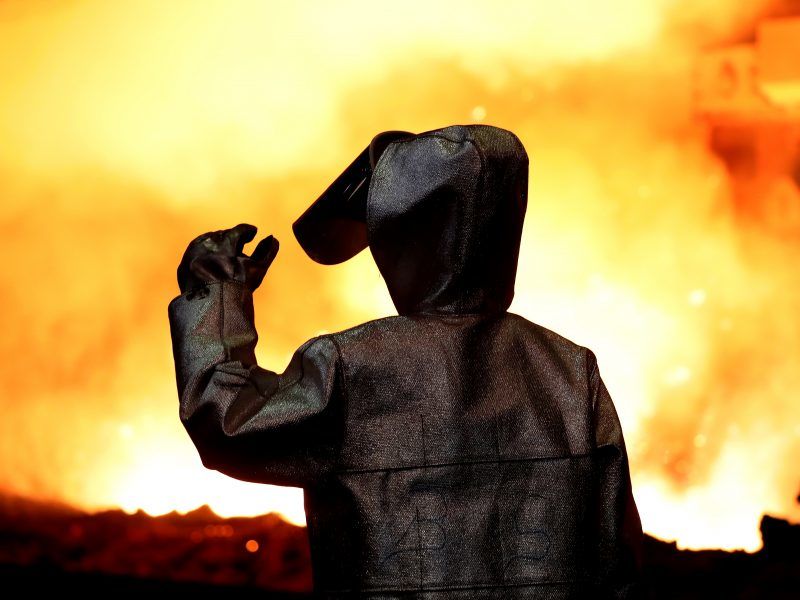 European steel demand is set to rise in 2018 with continued strength in most steel-using sectors, European steel association Eurofer said on Tuesday, while warning of a threat of rising imports.

According to Juncker, the US initiative appears to be “a blatant intervention to protect US domestic industry and not to be based on any national security justification”.

“Instead of providing a solution, this move can only aggravate matters,” the Luxembourgish politician said. “We will not sit idly while our industry is hit with unfair measures that put thousands of European jobs at risk.”

EU trade commissioner Cecilia Malmström said the EU will seek dispute settlement consultations with the US in Geneva at the earliest opportunity.

The measures “will have a negative impact on transatlantic relations and on global markets” and will “raise costs and reduce choice for US consumers of steel and aluminium, including industries that import these commodities,” she added.

“The Commission will monitor market developments and if necessary will propose WTO-compatible safeguard action to preserve the stability of the EU market.”

The German steel industry federation WV Stahl said the protectionist measures “violate the rules of the WTO” and will have a major impact on the country’s steel market.