EU working on a ‘presence on the ground’ in Afghanistan 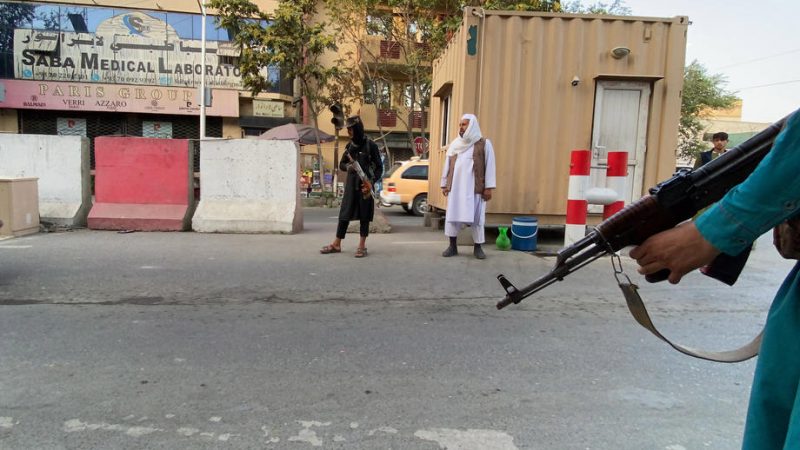 File photo. Taliban members check vehicles at the entrance to the Green Zone where most of the embassies are situated in Kabul, Afghansitan, 22 August 2021. [Stringer/EPA/EFE]

Following the chaotic evacuation of international embassy staff from Kabul in August, the European External Action Service is now “working on a possible presence on the ground”, according to an EU official during an off-the-record briefing on Monday (27 September).

More than 120,000 people were evacuated in the US-led airlift from Kabul airport, including the embassy staff of all EU countries present and some 2,000 Afghans working for Western organisations.

Out of all NATO’s allies, only Turkey has a diplomatic and military (non-combat) presence in Afghanistan.

“The question is not if we should be present, but how,” the official told journalists and added:

“We are working on a possible presence on the ground, after having carefully assessed the situation also from a security point of view. We already had an exploratory mission and will now assess.”

Since the Taliban took over Afghanistan on 15 August, the country has been plunged into an economic crisis as the nation’s international assistance has been largely cut off. Billions of dollars in central bank assets held abroad have also been frozen, putting pressure on the banking system and preventing most transactions involving US dollars.

Reportedly, in recent days, representatives from Pakistan, China, and Russia have held meetings with Taliban officials.

The EU has no interest in isolating itself, and even less so considering the economic collapse of Afghanistan. It is feared this will trigger a humanitarian catastrophe and a wave of refugees.

“If the country collapses, we will all pay the consequences. No one wants to rush into a recognition of the Taliban, but we need to deal with them in a principled though pragmatic way”, the EU official said.

The EU foreign affairs chief Josep Borrell has already made the distinction between “factual and political recognition” of the Taliban. 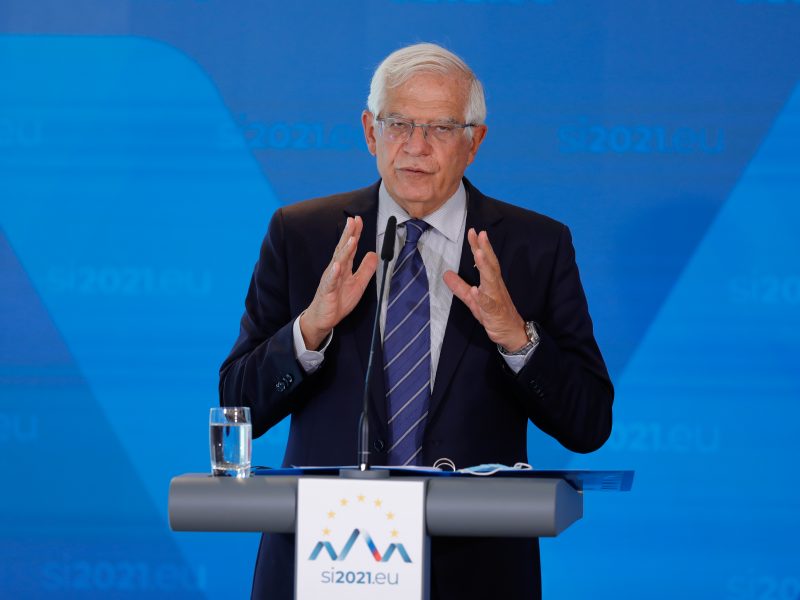 EU wants to ‘wait and see’ before recognising Taliban

To help the people in Afghanistan, particularly the most vulnerable and those who have worked for the EU, this “requires engagement with the Taliban,” EU’s chief diplomat Joseph Borrell told reporters, albeit according to him this would not equal recognition.

According to US sources, one of the biggest concerns of Washington is the possible relationship between the Taliban and terrorist groups such as Al Qaeda. Other concerns from Western powers include the treatment of women and respect for fundamental human rights.

The Taliban could reassure the West of their responsible intentions by implementing an agreement that would allow safe passage to Afghans with valid visas for departing. But this is yet to materialise.

Anti-Taliban forces in Afghanistan have asked the international community not to recognise the new government announced by the Islamists.

Diplomatic recognition would help open direct channels for development aid and sizable loans from countries and institutions like the World Bank and International Monetary Fund.

Conversely, the most powerful leverage that the US and the rest of the world have against the Taliban are terrorism sanctions, which prohibit contributions of money, goods and services and make the work of NGOs on the ground impossible.