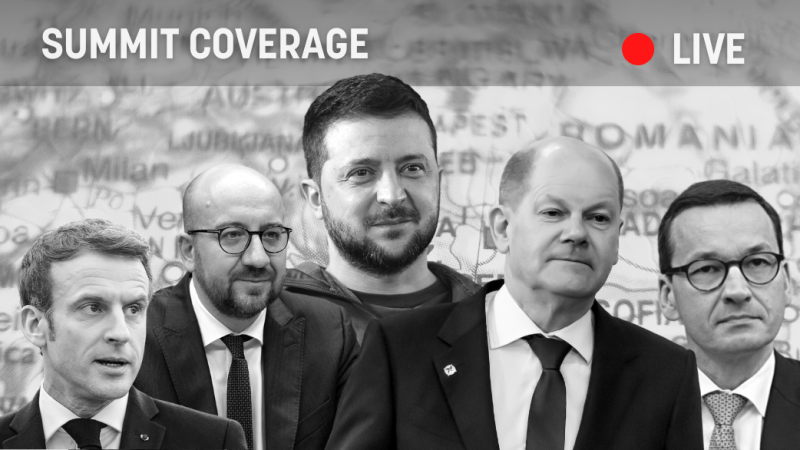 EU leaders in Brussels meet for a historic summit on enlargement. [Shutterstock/EURACTIV]

EU leaders granted the candidate status to Ukraine and Moldova at a summit in Brussels on 23 June but gave a cold shoulder to the Western Balkans’  EU aspirations.

The decision represents clear political backing for Ukraine, which is expected to be matched by pledges of further economic and military support. The EU27, however, did not decide on further sanctions against Russia this time.

Georgia was left out and will have to put in some work before receiving EU candidate status.

Likewise, no progress was made on the long-stalled enlargement process in the Western Balkans, where two official candidates, North Macedonia and Albania, are being held back by a Bulgarian veto on Skopje.