Europe must go beyond empty words on Iran, experts say 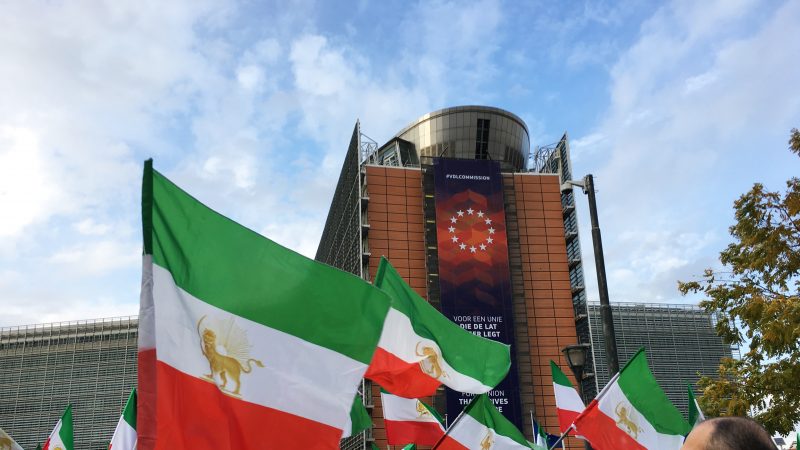 Iranians protest against violent repression of unrest in front of the European Commission building in Brussels, 17 December, 2019. [Vlagyiszlav Makszimov]

EU foreign ministers gathering to discuss Iran on Friday (10 January) should be mindful of a changed domestic situation in the country, experts warn. Scholars predict that the Iranian parliamentary elections due to take place next month will reward those less critical of the state and strengthen the regime weakened by internal unrest at the end of last year.

Iranian legislative elections, to be held on 21 February, are important because they give account of “the balance of forces in the regime, and also about the popularity of policies that a particular government may be following,” Professor Anoush Ehteshami, the director of Institute for Middle Eastern & Islamic Studies at Durham University in the UK, told EURACTIV.

The Parliament is vital “to pass laws that would bind Iran into this much more of a confrontational mindset,” needed if sanctions and tensions with the US are to remain.

“These elections would have been very different if it hadn’t been for the assassination of General Soleimani,” argues Ehteshami. “They were coming on the back of a period of growing discontent against government policies, of which the fuel price rises were just the last episode” and a “drastic act to balance the books.”

Protests erupted in Iran late November 2019 after the price of petrol was raised by as much as 50%-200%. Unrest spread to scores of urban centres and led to a near-total week-long internet blackout. 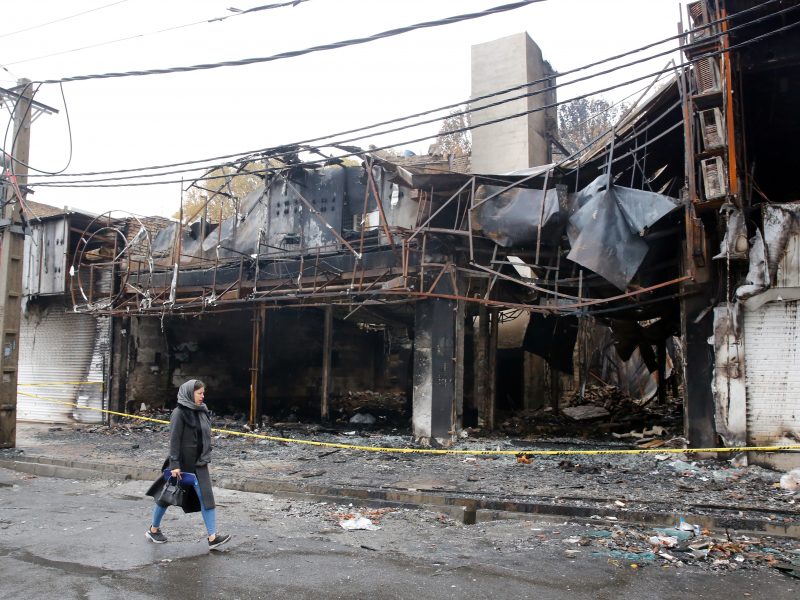 Human rights watchdog Amnesty International reported that 304 have been killed in the protests and many more detained, but others have estimated that the number of casualties of the violent repression was in the thousands.

The population would have had a say “against the centrist-reformists, whose champion, President Rouhani came out it fully in support of repression of the protesters,” which “ended the credibility of the centrist-reformist agenda,” says Ehteshami. However, he predicts in the wake of the assassination “the regime will portray these elections as a mark of a regime legitimacy and reaction to American aggression.”

“There will be kind of a wave of propaganda pushing people to vote, first, and secondly, to vote for what will be seen as revolutionary candidates,” leading to the strengthening of the hard-line, rightist political wing, says Ehteshami. “The elections are now hostage to the tensions between Iran and United States.”

The more right-wing parliament will result in “clamour for Iran to leave not just the JCPOA but also the [nuclear] Non-Proliferation Treaty,” to “sever links with America’s allies” and “to deepen its links with Russia and China,” the scholar argues.

On Sunday, 5 January, Iran announced that it will no longer limit itself to restrictions of the 2015 nuclear deal, the Joint Comprehensive Plan of Action (JCPOA), however the EU has insisted that the deal is not dead. Joseph Borrell, the EU’s chief diplomat believes that it is the venue to promote EU’s interests with the bloc’s Russian and Chinese partners.

The JCPOA “today more important than ever because it is the only place where we can sit together with the Russians and Chinese to talk on a multilateral basis about many risks that we are facing,” says Borrell. “It is one of the most important tools of non-proliferation and regional security.”

The Spaniard has convened an extraordinary meeting of EU foreign ministers this Friday, 10 January, “to discuss what the European Union can do in the short, medium and long-term to help stabilise the region.”

However, despite the new Commission’s “geopolitical” ambitions”, Europe’s handling of the crisis has been widely criticised.

“Europe’s response to the renewed Iran-US tensions has so far been haphazard and scattered. Different EU leaders have issued uncoordinated statements, major EU countries conduct their own diplomatic activities, and it’s unclear who’s really speaking for “Europe” as a whole,” Niklas Novaky, an analyst at the Martens Centre, the European People’s Party (EPP) think-tank told EURACTIV. “The EU also needs to decide what it wants from the Middle East and Iran in particular, beyond seeking to keep the critically injured JCPOA on life-support.”

“We have to try to be more coherent at the international level and especially in these current circumstances,” admitted European Council president Charles Michel. “It’s not my opinion to consider that the European Union will be out of the game. We have to be in the game and to promote and defend our interests.”

Ehteshami thinks that the EU needs to offer real “material” incentives, beyond INSTEX, a special purpose vehicle set up by France, Germany and the UK in 2019 to help EU companies do business with Iran without breaking US sanctions. The mechanism, however, has had little impact.

In the short term, experts call for the EU to firmly condemn President Trump’s threats to target Iranian cultural sites earlier this week.

“The EU Foreign Ministers must condemn all acts in infringement of international law, call for Iran to fully respect human rights and ask all parties to respect the arrangements of the nuclear deal,” says MEP Ernest Urtasun (Greens/EFA), a member of the parliament’s Iran delegation.

Cultural sites were not explicitly mentioned in any of the statements made by high-ranking Commission or European External Action Service officials this week. UNESCO Director General has emphasised the legal obligations of both the US and Iran “not to take any deliberate measures which might damage directly or indirectly the cultural and natural heritage” on Monday (6 January).

“The only results this kind of rhetoric [of attacking heritage] has is the one of increasing nationalist sentiment among the people [of Iran] and strengthening the rally ’round the flag effect,” says Paola Rivetti, a Middle Eastern politics expert based at Dublin City University.

“On the one side, Khamenei is using this very confrontational rhetoric, unsurprisingly,” Rivetti told EURACTIV. On the other side, Iranian foreign minister Mohammad Javad Zarif “has a different rhetoric and is trying to reach out to what they consider to be less problematic international actors,” He would not be able to do that “without the permission coming from Khamenei.”

“I think this shows that Iran, despite the rhetoric, … is actually signalling availability, limited but an availability to negotiate,” says Rivetti. “I think this the important dynamic here.”

They call on Europe to urgently position itself as an active mediator between the US, Iran and the key regional states, such as Saudi Arabia and the UAE.

“With the clock ticking, these steps could still make a difference,” former politicians and diplomats argue. “Europe cannot afford to absorb the inevitable costs of greater conflict in the Middle East.”