The European Union offered the UK on Wednesday (13 October) a package of measures aimed at brokering a compromise to the long–running dispute over trade to Northern Ireland but without meeting London's demands on the role of the European Court of Justice. [EPA-EFE/KENZO TRIBOUILLARD]

The European Commission on Monday (19 October) proposed a bill on travel-bans and asset-freezes that punishes individuals responsible for human rights violations worldwide, informally known as the ‘European Magnitsky Act’.

The Commission plan, which is set to establish an EU Global Human Rights Sanctions Regime, would replace the EU’s country-by-country system for imposing asset freezes and travel bans on foreigners deemed to have violated fundamental rights with a single framework for such penalties.

It would allow the EU to target those responsible for serious human rights violations and abuses worldwide, no matter where they occur or who is responsible.

The new regime “would also give, for the first time, the Commission oversight on the implementation of the travel bans,” European Commission Vice-President Maroš Šefčovič said when presenting the draft legislation.

This has typically been a prerogative for member states to enforce, and it is likely there might be opposition to new powers for the EU executive.

The newly proposed regime, however, will not replace existing sanctions regimes.

The German EU Presidency confirmed it aims to see member states approve it by the end of this year , with the new regime potentially coming into force by January.

However, Magnitsky’s name in the EU sanctions proposal had been a point of contention, as it was a thorn for some countries, including Greece, Cyprus and Italy as well as Hungary, whose governments have close ties to Russia, have voiced reservations and were holding up the draft plan.

Last December, EU foreign ministers cleared the way to start work on a European ‘Magnitsky Act’, named after Russian lawyer Sergei Magnitsky who died of mistreatment in a Moscow prison.

During her first address to the European Parliament in September, European Commission President Ursula von der Leyen pledged that she would introduce a proposal on a new sanctions regime that would allow the EU to impose sanctions more quickly on specific individuals anywhere in the world, similar to the 2012 Magnitsky Act in the US.

In view of the bloc’s recent difficulties to impose sanctions on Belarus, Turkey or Russia, there is a “need to complete our toolbox”, Von der Leyen said. 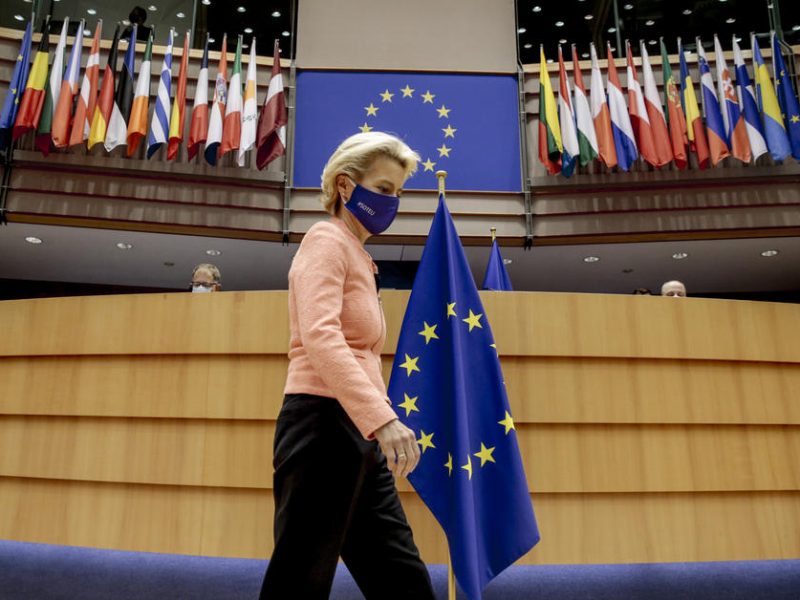