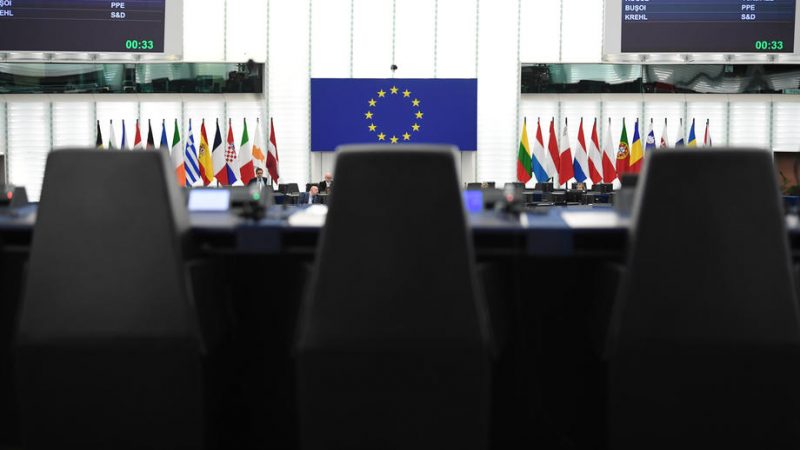 As political parties have become an important interface between governments and the people around the world, and global challenges are becoming increasingly transnational, party structures at the European level could contribute to stronger global governance, European and global stakeholders believe.

“Our national parties have been reluctant, but have become collaborative in recent years and we have good relations with our member parties,” Antonio Lopez-Isturiz, EPP Secretary-General, said at a EURACTIV event about political parties and global governance on 5 March.

According to him, the EU could be serving as a good example on global stage for political collaboration.

“We have an opportunity because the European flag is more welcome than the national flag,” he said, adding that Europe’s national parties are less likely to contribute to building up a global governance system due to their colonial legacy.

According to him, adopting a German system of parties and foundations for the European level, with offices around the world, could be one step the EU could take.

“With the Green Deal in Europe, we have the opportunity to be ambitious all together, and one example in the past were the COPs where Europe was the leader in the world,” said Evelyne Huytebroeck, co-chair of the European Green Party.

Earlier in March, the EU laid out plans for a climate law that would set a target of net-zero carbon emissions across the bloc by 2050, with some European countries seeking a longer time frame and a general target for the bloc as a whole.

Twelve member states, including France, the Netherlands, Spain and Sweden, meanwhile released a letter asking that a 2030 climate target be set “as soon as possible,” ahead of a summit meeting with China scheduled for September and the United Nations climate conference (COP26) in November to achieve a global approach.

“European political parties can be a capable tool in achieving this. But we, however, absolutely need to open our eyes, listen and pursue dialogue,” Huytebroeck told the event participants, adding that they can be only effective if listening to the citizens and especially young people out on the streets demonstrating for the climate worldwide.

“Of course, we need solidarity in this field, it is the same with the coronavirus and health issues,” she said and pointed out that the next Global Greens federation meeting in Korea aims to address environmental refugees in the future.

However, according to him, the European Union is still far away from being able to provide such an example as the European Council still prefers unanimity rather than majority in deciding.

Over the past few years, EU leaders repeatedly failed to reach agreement on a comprehensive overhaul of migration and asylum policy.

“We need a Council that is able to decide on issues like migration, and we need to change the mechanism to do so,” he said, adding that he is not convinced of what the institutions are proposing for the bloc’s reform during the Conference for the future of Europe.

Vincent Boulet, a member of the Political Secretariat of the European Left, echoed Bonifei’s words on European reform. “We have to reset the EU if it wants to become an actor in global governance,” he said.

Political stakeholders should avoid the notion that “Europe for us is only the European Union”, but it also includes Eastern countries and the Balkans, he added.

With the start of its new term, the European Commission has declared it wants to pursue a renewed and ambitious relationship with the African continent, intended to treat Africa as an equal partner to Europe, as opposed to policy priorities being dictated to African partners.

Partnerships on ten policy areas are at the heart of the EU’s plan “Towards a comprehensive strategy with Africa,” launched on Monday (9 March), which will start a seven-month negotiating process with EU and African leaders, with a view to agreeing a partnership agenda at an EU African Union summit in October.

“Whether we come from Asia or Africa, it is all about best practices,” said Jacob T Kaimenyi, Ambassador of Kenya to the EU. “Please create a space, use that perception of being respected out there for advocacy for good governance, share best practices, support reforms.”

He referred to the EU-African Union summit last year in December where the statement had called the mutual partnership “indispensable” and recalled that during the EU-AU meeting, as many as 22 European Commissioners were present, which showed that the EU “values what happens out there”.

Meanwhile, the EU also aims to upgrade its partnership with ASEAN to a strategic partnership, but so far the proposal remains on hold.

“If the European political parties want to take the forefront in global governance, they have to step a little bit out of the box and listen to other ideas and not just stick to what works in Europe,” Eduardo Jose de Vega, Ambassador of the Phillippines to the EU, told EURACTIV on the sidelines of the event.