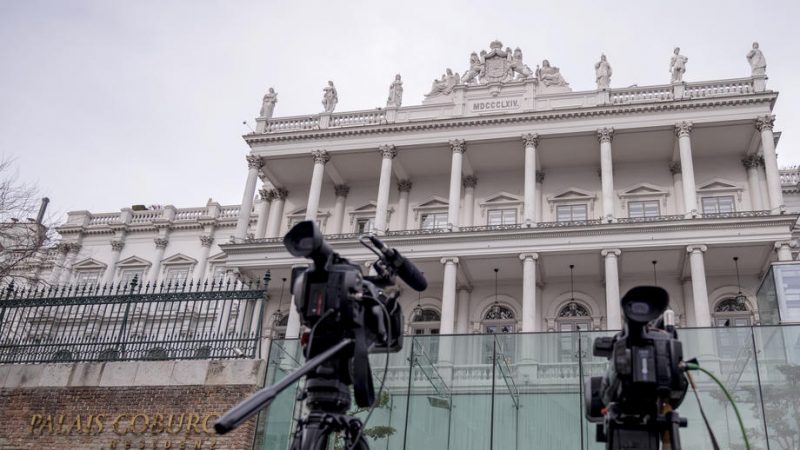 TV cameras are stationed outside the Palais Coburg ahead of a JCPOA Joint Commission Iran talks meeting in Vienna, Austria, 29 November 2021. The Joint Commission of the Joint Comprehensive Plan of Action (JCPOA) at a Deputy Foreign Ministers and Political Directors' level is chaired on behalf of EU High Representative Josep Borrell, by the EEAS (European External Action Service) Deputy Secretary General Enrique Mora and is attended by China, France, Germany, Russia, Britain and Iran. [EPA-EFE/CHRISTIAN BRUNA]

Three key European powers said on Tuesday (14 December) “we are rapidly reaching the end of the road” to save the 2015 Iran nuclear deal, as Tehran accused Western powers of engaging in a “blame game.”

The comments suggest indirect US-Iran talks on preserving the pact under which Iran limited its nuclear program in return for relief from economic sanctions may be approaching collapse, with all sides seeking to avoid being held responsible.

“Iran’s continued nuclear escalation means that we are rapidly reaching the end of the road,” France’s ambassador to the United Nations, Nicolas de Rivière, said at the world body, reading a joint statement from Britain, France and Germany.

“We are nearing the point where Iran’s escalation of its nuclear programme will have completely hollowed out the JCPoA,” he added, referring to the pact, named the Joint Comprehensive Plan of Action.

Iran cast itself as the aggrieved party as a result of then-US President Donald Trump’s 2018 decision to abandon the deal and reimpose harsh US sanctions, a move that prompted Tehran to begin violating its nuclear restrictions about a year later.

On Twitter, Iran’s top nuclear negotiator, Ali Bagheri Kani, wrote: “Some actors persist in their blame game habit, instead of real diplomacy. We proposed our ideas early, and worked constructively and flexibly to narrow gaps.”

Referring to the 2018 U. withdrawal, he wrote: “Diplomacy is a two-way street. If there’s real will to remedy the culprit’s wrongdoing, the way for a quick, good deal will be paved.”

US Secretary of State Antony Blinken said Washington continues to pursue diplomacy with Iran because “it remains, at this moment, the best option”, but added that it was “actively engaging with allies and partners on alternatives”.

The stakes are high. Failure would carry the risk of a new regional war. Israel, which has twice attacked the nuclear facilities of Arab nations, is pushing for a tough policy if diplomacy fails to rein in Iran’s nuclear work.

Indirect talks between Iran and the United States started in April but stopped in June after the election of hardline cleric Ebrahim Raisi, whose negotiators returned to Vienna after five months with an uncompromising stance. 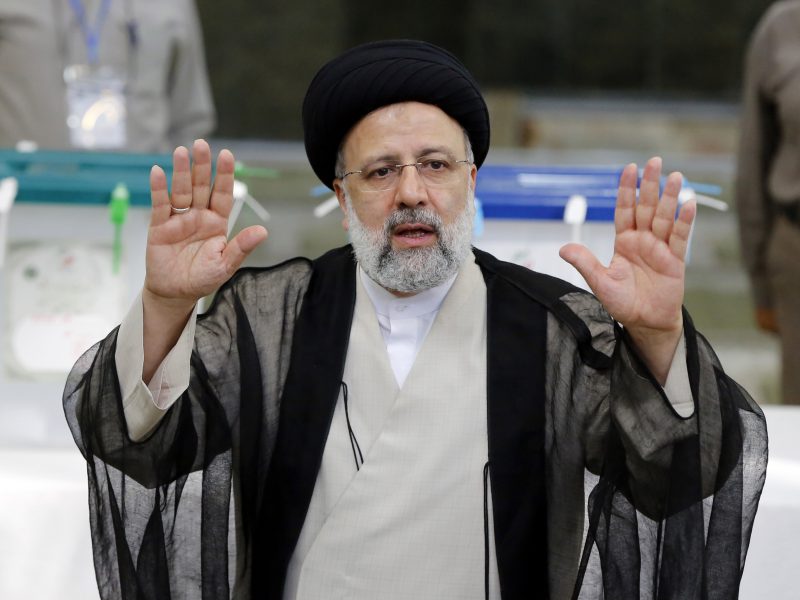 Iran and world powers can still clinch a deal to revive their 2015 nuclear accord after the election victory of a hardline Iranian president but time is running out, the European Union’s foreign policy chief said on Sunday (20 June).

Iran’s Ambassador to the United Nations Majid Takht Ravanchi said Tehran exercised “maximum restraint” after the US withdrawal and “paid a heavy price” to try to preserve the deal.

“Asking for objective and verifiable guarantees from the party responsible for the whole mess before us is absolutely warranted and necessary,” he told the world body.

“But it could backfire. This is a very dangerous and sensitive issue. Failure of diplomacy will have consequences for everyone,” said a diplomat in the Middle East, speaking on condition of anonymity.

During the seventh round of talks, which began on 29 November, Iran abandoned any compromises it had made in the previous six, and demanded more from others, a senior US official said. 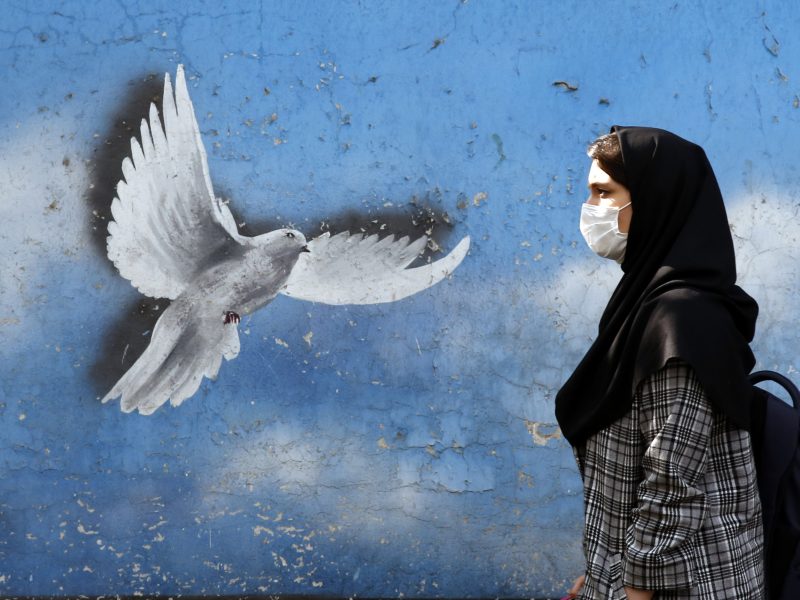 Iran agreed Wednesday (3 November) to resume talks on 29 November with world powers on reviving a nuclear deal after a five-month gap, with the United States urging a quick resolution.

With significant gaps remaining between Iran and the United States on some key issues – such as the speed and scope of lifting sanctions and how and when Iran will reverse its nuclear steps – chances of an agreement seem remote.

Iran insists on immediate removal of all sanctions in a verifiable process. Washington has said it would remove curbs “inconsistent” with the nuclear pact if Iran resumed compliance, implying it would leave in place others such as those imposed under terrorism or human rights measures.

Iran also seeks guarantees that “no US administration” will renege on the pact again. But US President Joe Biden cannot promise this because the nuclear deal is a non-binding political understanding, not a legally binding treaty.

Dramatically upping the ante, Iran has also limited access given to UN nuclear watchdog inspectors under the nuclear deal, restricting their visits to declared nuclear sites only.

However, a spokesman for the Iranian foreign ministry told state-run Press TV an understanding with the Vienna-based International Atomic Energy Agency could come soon.