The EU-Iran trading mechanism INSTEX, designed to allow Europeans to bypass US sanctions and continue trade with Tehran, has successfully concluded its first transaction. However, the humanitarian deal actually doesn’t appear to contravene EU sanctions.

France, Germany and the UK confirmed on Tuesday (31 March) that INSTEX has successfully concluded its first transaction to facilitate the export of medical goods from Europe to the pandemic-hit country.

Iran’s economy has been battered since May 2018 when US President Donald Trump unilaterally withdrew the US from the 2015 nuclear deal, the Joint Comprehensive Plan of Action (JCPOA) – signed by Iran, China, France, Germany, Russia, UK, US, Germany –  and reimposed sanctions on Tehran.

The accord required Iran to scale back its nuclear programme and considerably downgrade its uranium reserves in exchange for sanctions relief.

While European countries have battled to save the accord, arguing it is the best way to prevent Tehran acquiring the bomb, their efforts to ensure that Iran can keep trading in spite of the sanctions have had little impact as Tehran reduced its commitments from the 2015 nuclear deal in response to Washington’s withdrawal.

The latest step back from the accord came when Tehran announced on 4 January it would scrap limits on enriching uranium, though it said it would continue to cooperate with the UN nuclear watchdog.

Iran had consistently stressed that these steps would be reversed as soon as Europe implemented practical ways to shield mutual trade from the US sanctions.

The EU-Iran Instrument in Support of Trade Exchanges (INSTEX) was born as the brainchild of France, Germany and the UK in January 2019 as a special purpose vehicle to help EU companies do business with Iran and facilitate non-USD transactions to avoid breaking US sanctions against the country.

Germany’s Foreign Ministry confirmed on Tuesday (31 March) that the creation of the INSTEX mechanism has enabled the export of medical devices from Europe and thus completed the first transaction under barter system.

Berlin — speaking on behalf of Germany, France and the UK — also said the mechanism would allow other transactions to proceed in the future.

“INSTEX serves the purpose of ensuring a long-term viable solution for lawful trade between Europe and Iran as part of ongoing efforts to maintain the JCPoA. Now that the first transaction is complete, INSTEX work on further transactions with the Iranian mirror organization STFI and further develop the mechanism,” the German MFA said in the statement.

In late 2019, six European countries – Finland, Belgium, Denmark, Netherlands, Norway, and Sweden – joined the INSTEX and reiterated that they “attach the utmost importance to the preservation and full implementation of the JCPOA by all parties involved”.

EURACTIV has learned that several other European countries have expressed interest in joining the mechanism, despite pressure from the US on Europeans to abandon the efforts.

In addition, Switzerland has been operating a humanitarian and medical channel to Iran since February.

But so far, European efforts to ensure continued trading with Tehran despite the sanctions have so far had little impact, raising doubts about whether INSTEX an effectively boost the battered Iranian economy. 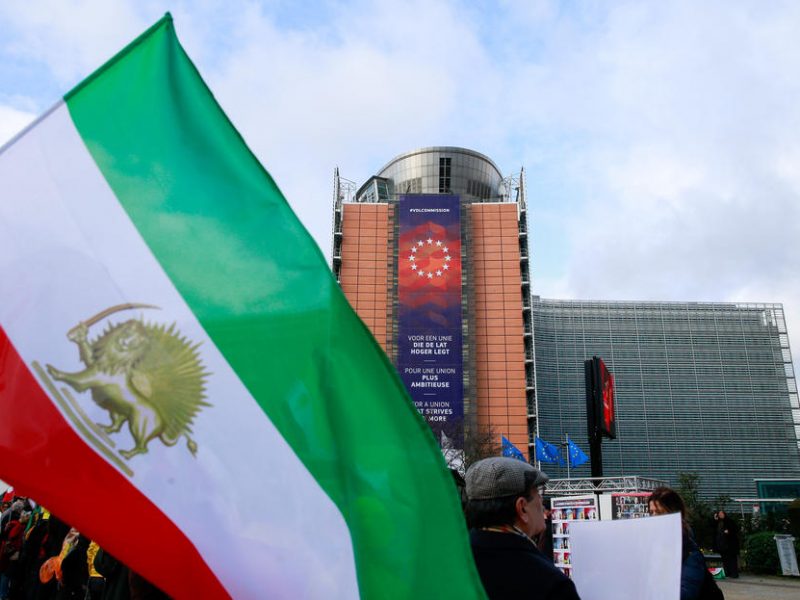 Three European powers, France, Britain and Germany, informed the EU on Tuesday (14 January) that they are triggering a dispute mechanism in the Iran nuclear deal following renewed violations of the deal by Tehran.

“We have been left with no choice, …

In the beginning of the year, several sources had confirmed to EURACTIV that there had been no transactions through the mechanism until then, although it had been already staffed and operational and been in contact with EU-Iranian businesses.

The EU efforts fell flat after the January killing of Iran’s General Soleimani carried US-Iranian hostilities into uncharted waters and stoked concern about escalation across the region.

Meanwhile, INSTEX has become a point of contention between Europe and the Trump administration, with Washington effectively threatening to sanction anyone using the mechanism.

Only a week ago, the US imposed fresh sanctions on 15 Iranian individuals and five companies in Iran under a counter-terrorism program, according to a statement on the US Treasury website on Thursday (26 March).

The sanctions were tied to shipping, trading and construction companies, as well as a chemical firm, according to statement.

In mid-March, EU’s chief diplomat Josep Borrell urged the international community to send humanitarian aid to Iran to help its coronavirus fight, arguing that such steps would not breach US sanctions.

The bloc is preparing to send €20 million of humanitarian aid to Iran, to mitigate the impact of the escalating coronavirus outbreak in the country – the the worst-affected country in the Middle East with 44,606 cases and 2,898 confirmed deaths as of Wednesday (1 March).

The outbreak has damaged Iranian businesses and is bound to hit its non-oil exports after many neighbouring countries and trade partners shut their borders. Meanwhile, Tehran’s struggle to bring the virus’ spread under control had been made more difficult by the US sanctions on trade imports.

Borrell said Brussels would support requests for help made by Iran and Venezuela – also heavily sanctioned – to the International Monetary Fund (IMF). 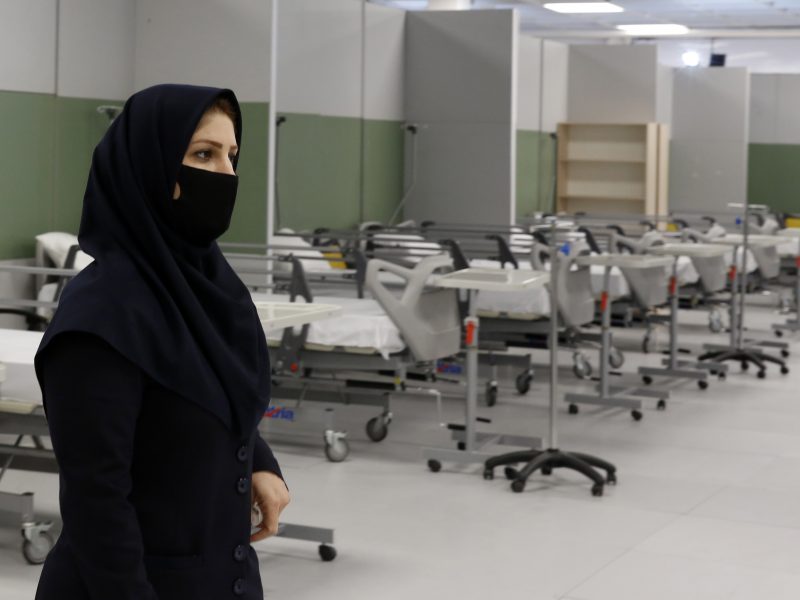 “We are going to support this request because these countries are in a very difficult situation mainly due to the US sanctions that prevent them from having income by selling their oil,” Borrell announced after a meeting of EU foreign ministers in mid-March.