A diplomatic crisis emerged in the weeks leading up to the vote, after a number of EU countries decided to call off campaign events aimed at drumming up support for Turkish President Recep Tayyip Erdoğan among overseas voters.

Austria, Germany and the Netherlands opposed those campaign events but Turkish voters in the three EU members were not discouraged from voting ‘yes’; 64.83% voted in favour, out of 822,232 ballots cast.

In fact, of the EU countries where voting was possible, 707,430 votes supported Erdoğan’s reforms. Just 409,012 opposed the proposed switch from a parliamentary to a presidential system.

While the number of ‘yes’ votes cast in EU member states far outweighed the ‘no’ vote, the number of countries did not. Only seven out of 19 came down on the winning side (Austria, Belgium, Denmark, France, German, Luxembourg and the Netherlands).

Voting was allowed in 57 countries around the world, including the United States, Australia, Thailand and South Africa.

The total overseas vote, which was closed before Turkey itself went to the polls, ultimately favoured ‘yes’ by 831,208 votes to 575,365.

Largely-Turkish Northern Cyprus, which has been the focus of a bitter dispute between Turkey and Greece since the former invaded the island in 1974 and which has curtailed Ankara’s accession progress, surprisingly voted against the reforms.

Peace talks between the two halves of the Mediterranean island began anew last week and its vote against granting the Turkish president more power could be a sign that the Northern government is willing to start weening itself off Ankara’s influence.

Fellow candidate countries Bosnia-Herzegovina and Macedonia, as well as EU-hopeful Kosovo, all voted in Erdoğan’s favour. Albanian Turks voted against. 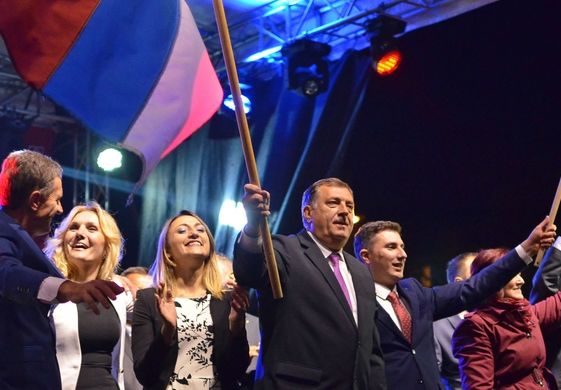 Very concerned about mention of possible #referendum on #deathpenalty in #Turkey. Red line for the #EuropeanUnion.

Turkish EU membership is off the table. After the last months' development we cannot continue as if nothing happened. #Turkeyreferendum