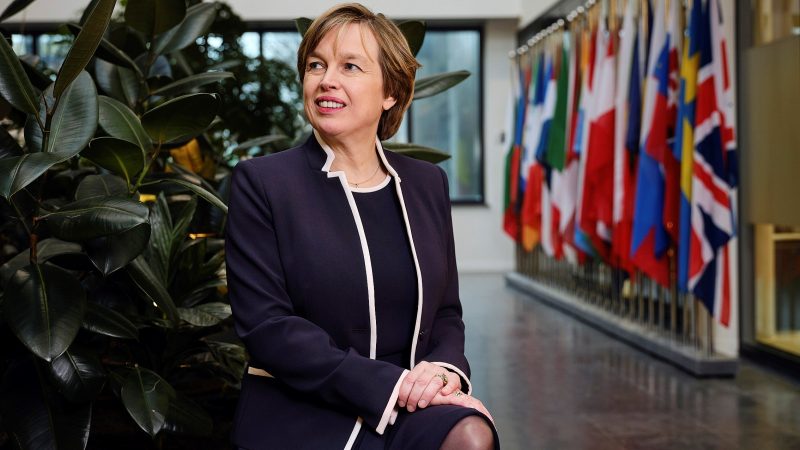 “What we can see is that all these groups, extremists, terrorists, are also locked at home, subject to prevention measures. It can be said that they had difficulties in finding training sites, identifying possible suitable targets or acting, because they could not leave home,” De Bolle said. [EPA/EFE]

Extremist groups, left-wing and right-wing, jihadists and radicals, are taking advantage of the vulnerability created by the pandemic in Europe to spread their message of hate on social networks and the internet, the chief of the EU Agency for Law Enforcement Cooperation (Europol), Catherine De Bolle, has warned.

In an interview with EURACTIV’s partner EFE, De Bolle stressed that this “radicalisation” on the net could have “an impact after the pandemic” in real life.

“What we can see is that all these groups, extremists, terrorists, are also locked at home, subject to prevention measures. It can be said that they had difficulties in finding training sites, identifying possible suitable targets or acting, because they could not leave home,” De Bolle said.

De Bolle, who has been Europol’s chief since May 2018, recalled that several terrorist attacks inspired by jihadist ideologies were reported at the end of last year, such as those in Vienna or France.

In the case of France, there was an attack on the Basilica of Notre Dame de Nice and the beheading of teacher Samuel Paty on the outskirts of Paris after he showed his students caricatures of the Prophet Mohammed.

The current scenario, De Bolle said, is of “greater exposure on the net”, which makes the European authorities fear that “after the pandemic, we will have an impact”.

“Many people, also vulnerable people, are connected, they are in front of their computer, and they receive this vocabulary of the extreme right, extreme left, jihadist, they will assimilate it and it is possible that they will do something with it after” once the health emergency is over.

De Bolle warned that these radical groups misuse the pandemic to sell their message and strengthen their ideology by spreading it on the Internet.

“Jihadist terrorists say it is a punishment from God for non-believers, and the far-right tell us that the spread of the pandemic is due to the entry of minorities and refugees into the EU,” De Bolle said.

For Europol, police cooperation is its backbone. In addition to the United States and South America, it has ties with New Zealand, following the terrorist shooting at a mosque in Christchurch in March 2019.

“It’s very important to exchange information with them as well, and to have the same level of data sharing on European soil,” De Bolle added.

In December 2020, the European Commission proposed a package of legislative measures to strengthen the EU’s critical infrastructure security, including actions to trace new dangers and risks, combat radicalisation and terrorism; protect people and vulnerable infrastructures, particularly public spaces; and also give Europol a greater role.

One of the ideas currently being analysed by the experts at the EU level is to strengthen the cooperation and the exchange of information with third countries because, for example, countries in the Middle East and North Africa region are “really important in the fight against terrorism”.

However, De Bolle admitted that it is difficult to work with them because “there is no possibility of operational data exchange”.