A malnourished child gets medical attention at a hospital in Sanaa, Yemen, 13 January 2021. [Yahya Arhab/EPA/EFE]

The United States must cancel its decision to classify Yemen’s Huthi rebels as “terrorists” to avoid a catastrophic famine, several United Nations officials told the Security Council on Thursday (14 January).

The terrorist classification has drawn criticism from aid groups, the European Union and many others over fears it will exacerbate the already dire humanitarian crisis in war-ravaged Yemen. 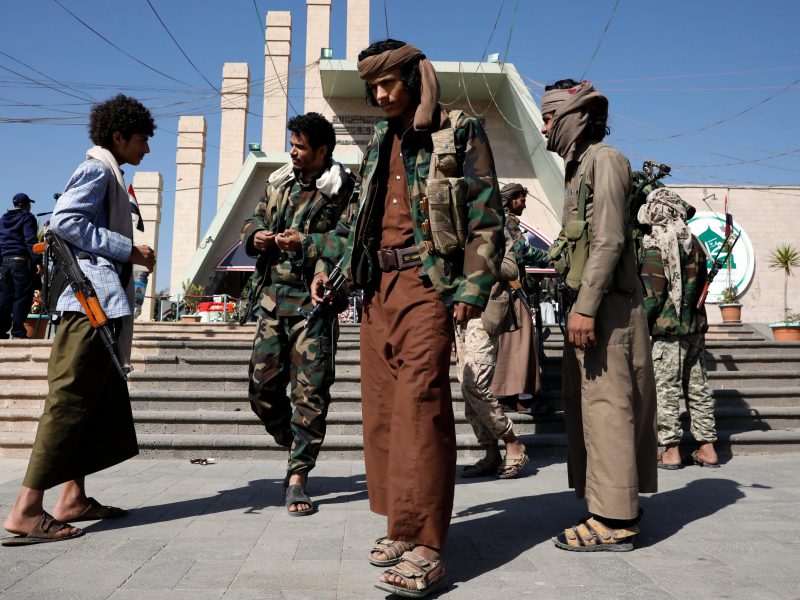 “What is the likely humanitarian impact? The answer is a large-scale famine on a scale that we have not seen for nearly 40 years,” said Mark Lowcock, the UN undersecretary-general for humanitarian affairs.

He said exemptions to allow aid agencies to deliver supplies, as suggested by Washington, would not be sufficient to avoid a famine, adding “what would prevent it? A reversal of the decision.”

Outgoing US President Donald Trump’s administration announced the last-ditch move on Sunday with just days to go before his successor Joe Biden takes over.

The designation is set to come into force on 19 January — the eve of the inauguration of Biden, whose aides had hoped to mount a fresh push to end Yemen’s six-year war.

It is also seen as complicating the incoming US leader’s promised efforts to restart diplomacy with Iran, which has links to the Huthis.

The rebels control much of Yemen and have faced a bloody offensive from US ally Saudi Arabia, with millions in the country depending on aid to survive.

Designation as a terrorist group is expected to halt many transactions with Huthi authorities, including bank transfers, paying medical personnel and for food and fuel, due to fears of US prosecution.

Aid groups have said that they have no option but to deal with what is the de facto government in northern Yemen.

The UN envoy for Yemen, Martin Griffiths, said he backed Lowcock’s stance that the US decision “would contribute to famine in Yemen and thus should be revoked.”

“We fear that there will be inevitably a chilling effect on my efforts to bring the parties together,” added Griffiths, who has regular contact with the Huthis.

It was the first time that the UN, usually cautious with its largest financial contributor, has so clearly criticized the outgoing US administration.

About 16 million people will go hungry this year in Yemen, the UN predicts. 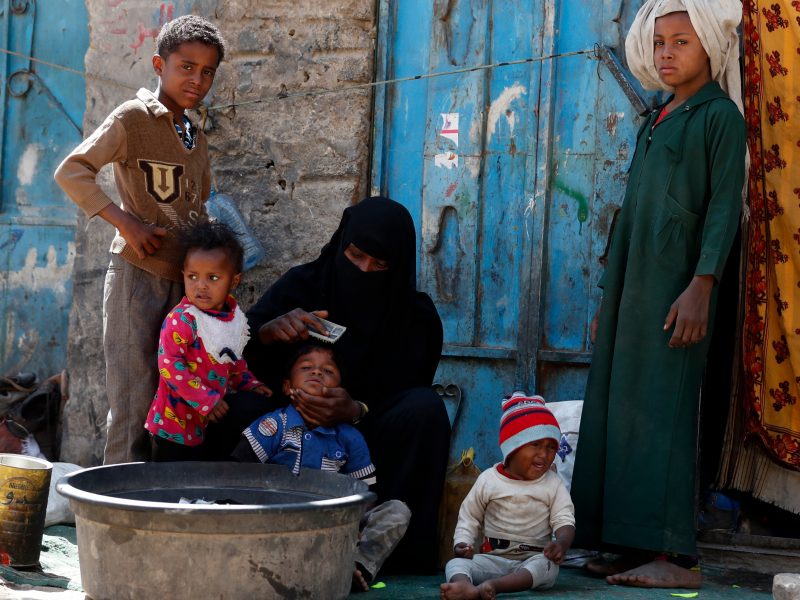 Obstruction by the rebel Huthi authorities in northern Yemen has put the world’s biggest humanitarian lifeline at risk, threatening millions with starvation.

David Beasley, head of the World Food Program, discarded his prepared speech to warn of a “catastrophic” famine.

“What do you think is going to happen to five million people that are in emergency classification now? They are going to slide into famine conditions,” he said.

“We are struggling now with a designation (which) is going to be catastrophic. It is literally going to be a death sentence to hundreds of thousands if not millions of innocent people.”

UN Secretary General António Guterres “of course” supports the calls for the United States to withdraw its decision, his spokesperson Stephane Dujarric said during his daily press briefing.

But Saudi Arabia this week welcomed the US move, saying it was “in line with the legitimate Yemen government’s calls to put an end to the activities of the militia supported by Iran.”

Deputy US Ambassador to the UN Richard Mills pointed out that the US was the largest humanitarian aid donor, and he offered assurances that exemptions would limit the impact of the American decision.

Lowcock made an urgent appeal for donations, saying “in 2020, we received $1.7 billion for the UN response plan. About half of what we needed. And less than half of what we got the year before.”