Fico to act as Putin’s messenger to the EU 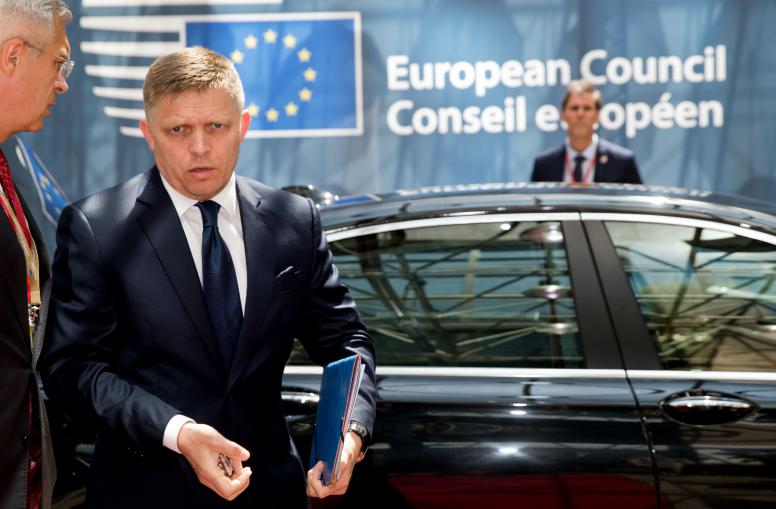 Slovak Prime Minister Robert Fico, who will dine with Russian President Vladimir Putin in Moscow today (25 August), will carry Russia’s messages to the EU ahead of crucial meetings concerning the Union’s future, the Russian press reports.

Russian commentators say the most important part of the meeting will be on the future of relations between Russia and the European Union. Slovakia holds the rotating presidency of the EU, and Bratislava will host an informal summit about the bloc’s future on 16 September.

Political scientist Andrey Rukavishnikov is quoted as saying that Putin could, via Fico, convey its messages to EU leaders, regarding the future of the relations between Russia and the Union.

“Besides, on the next day (26 August), Fico and the other leaders of the Visegrad Four (Czechia, Hungary and Poland) will meet German Chancellor Angela Merkel. On this occasion the future of the EU, the sanctions against Russia and the situation in Ukraine and Turkey will be discussed,” Rukavishnikov further said.

The Russian commentator said that despite the harmful effects of the sanctions, Fico was optimistic about the future of economic cooperation with Moscow, and that Russia too was interested in strengthening bilateral relations.

But the most important issue to be discussed is Nord Stream 2, the project to double the capacity of the existing offshore pipeline between Russia and Germany, Russian commentators believe. In the event that the project materialises, Slovakia would lose half a billions in euros in transit fees per year, because the new project will replace the current supplies via Ukraine and Slovakia.  According to Rukavishnikov, Slovakia is interested in developing nuclear energy projects with Russia.

As Jack Sharples, a lecturer at the European University at St Petersburg recently wrote, Nord Stream 2 in fact faces headwinds. The ruling of the Polish anti-monopoly watchdog, the UOKiK (Urząd Ochrony Konkurencji I Konsumentów), and the subsequent decision of the Nord Stream 2 consortium companies to withdraw their application for permission to formally create the joint venture, will have a significant impact on the project.

In terms of funding, this raises two particular problems.

There is also the loss of political support. The European consortium members lobbied for Nord Stream 2 in their home countries: Wintershall and Uniper in Germany, Engie in France, OMV in Austria, and Shell in the UK and the Netherlands.

The legitimacy of the extension of the Nord Stream 2 gas pipeline between Russia and Germany is being seriously undermined by regulatory and political headwinds, writes Jack Sharples.