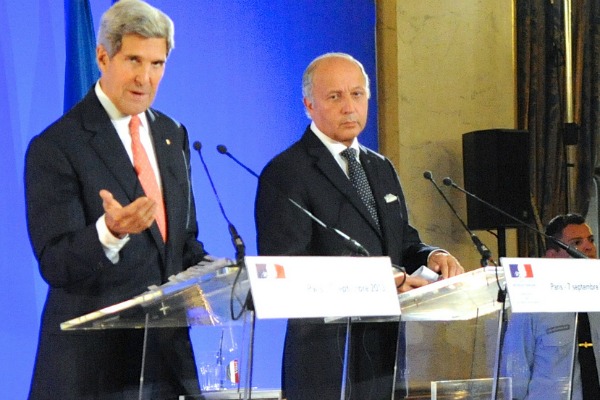 The issue triggered a phone call between US President Barack Obama and French President François Hollande. The two men "discussed recent disclosures in the press – some of which have distorted our activities and some of which raise legitimate questions for our friends and allies about how these capabilities are employed," the White House said in a statement.

Since the revelations made by former NSA contractor Edward Snowden last spring about the surveillance programs used by the United States around the world, new documents have emerged, giving greater details on the US tapping practices in different countries.

German weekly Der Spiegel recently published the techniques used in Germany, while in Belgium telecoms company Belgacom downplayed revelations that it was hacked by British intelligence services as part of an extension of the US scheme.

According to the French paper Le Monde, France has not been spared either. The paper has just published new data on US spying on French soil. Over the course of one month in 2012, the NSA registered data from 70.3 million telephone calls in France, writes Le Monde.

Journalists Jacques Follorou and Glenn Greenwald broke the revelations about the American agency. Some telephone numbers have all their activities, including text messages and conversations, systematically recorded.

According to the journalists, France allegedly  would have been part of the “third circle” of the surveillance program. The first circle comprises 19 US secret services, the second countries historically close to the US such as the UK, Canada, Australia, New Zealand. The third circle includes Germany, Poland, Austria, Belgium, amongst other countries.

According to Le Monde, “the targets of the NSA concerns both persons suspected to have links to terrorist activities and persons targeted solely because they belong to the business world, politics or the national administration.”

Billions of megabytes of computer data was also intercepted. The companies Alcatel Lucent and Wanadoo.fr are thought to have been specifically targeted.

The newspaper said that US authorities declined to comment on the documents, which are considered classified. However they referred to a statement made on 8 June by the Director of the National Intelligence.

“For those targeted outside our borders, we cannot target them without legal grounds such as a terrorist threat, computers or nuclear proliferation”.

"We have extremely useful cooperation with the United States in the struggle against terrorism, but this cooperation does not justify everything," Fabius told reporters on the sidelines of a meeting with EU counterparts in Luxembourg.

"So we've asked the United States to provide clarifications, explanations and justifications extremely quickly," he added.

Speaking to reporters in Paris, Kerry declined to comment on Washington's intelligence-gathering as a matter of policy, but said that the United States would hold talks with France and other allies on the issue.

"Our goal is always to try to find the right balance between protecting the security and the privacy of our citizens and this work is going to continue as well as our very close consultations with our friends here in France," Kerry was quoted by Reuters as saying.

Europeans have reacted angrily to allegations that a US intelligence agency had tapped the servers of Internet companies for personal data, saying such activity confirmed their fears about American Web giants' reach and showed that tighter regulations were needed just as the EU and US are about to launch trade talks.

In Germany, where many are particularly sensitive about surveillance given the state's history of spying on its own people during the Cold War, there were protests about the NSA affair over the summer.

Chancellor Angela Merkel has not been particularly outspoken in her criticism of the programmes, although she did ask U.S. President Barack Obama for explanations during his July visit to Germany.

0 responses to “France brings US eavesdropping to EU summit table”