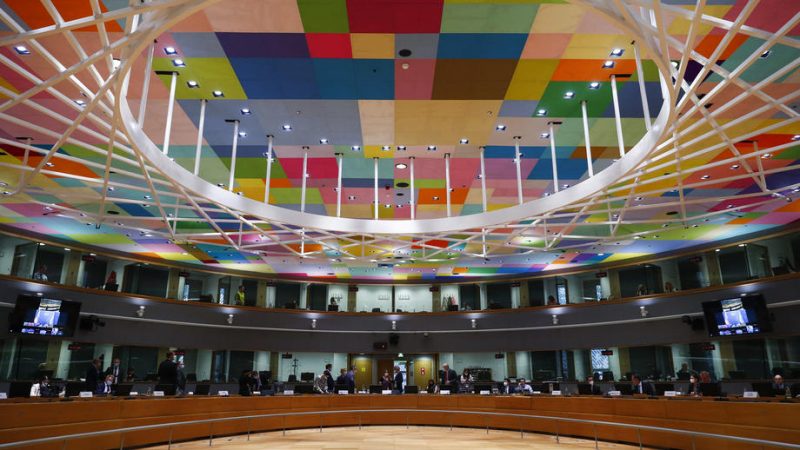 German Europe Minister Michael Roth said France’s diplomatic crisis with the US was a “wake-up call for all of us” on the importance of uniting an often divided EU on foreign and security policy.

A furious France has accused the United States, Australia and Britain of working behind its back to negotiate the AUKUS defence pact and replace Canberra’s multi-billion-dollar order of French submarines with a US contract.

The show of solidarity from Germany and the EU’s top officials was welcomed by France, which said the breakdown of trust with Washington strengthened the case for Europe to set its own strategic course.

France’s minister for European affairs Clément Beaune called the row “a European issue” not simply a French one, as he arrived at ministerial talks in Brussels, with the chaotic US pullout from Afghanistan in August also a source of irritation among EU members.

EU Council chief Charles Michel said he had a “frank, direct and lively exchange on AUKUS” with Australian Prime Minister Scott Morrison on the sidelines of the United Nations General Assembly in New York.

And EU internal market commissioner, Thierry Breton, warned there was a growing feeling “that something is broken” in Europe’s ties with Washington.

“So it is probably time to pause and reset our EU-US relationship,” he said in a speech in Washington.

But others were more cautious.

Gašper Dovžan, the Slovenian junior foreign minister who chaired the meeting, said that some ministers “of course expressed solidarity” with France “but also a great interest in obtaining more information.”

EU vice president Maroš Šefčovič who attended the Brussels talks, said the next EU leaders summit would, after what had happened in Kabul and with the AUKUS treaty, “focus more on strategic autonomy”.

But Ireland’s European affairs minister Thomas Byrne noted that member states like Ireland that are neutral powers would not be interested in joining a European defence pact, and stressed that the row, while damaging, shouldn’t be allowed to “tear apart” existing alliances.

The European Commission said it was considering whether the diplomatic storm would affect a gathering of a new EU-US Trade and Technology Council in Pittsburgh on 29 September to discuss ways to cooperate on trade and regulate big tech.

“The decision will be made before the 29th,” Breton told journalists.

A US official involved in talks at the United Nations said the United States expected the meeting to go ahead and noted that it was a forum to discuss shared concerns on China.

“I would argue that for countries in the EU that we are hoping to involve more deeply in our Asia-Pacific strategy having the (meeting) is essential,” she said, adding that the United States welcomed French leadership in the region.