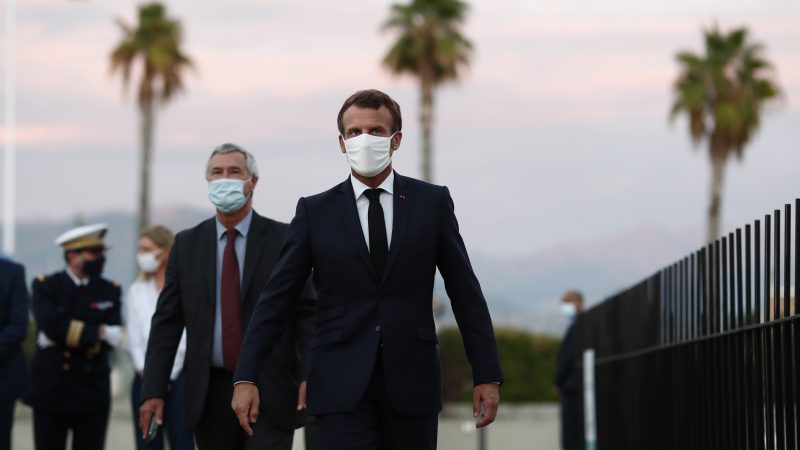 French president Emmanuel Macron is on a two day official trip to Corsica to attend the 7th MED7 Mediterranean countries summit held in Porticcio near Ajaccio on 10 September 2020. [EPA-EFE/Ian Langsdon]

French President Emmanuel Macron on Thursday (10 September) hosts leaders from Mediterranean states for a summit set to be dominated by growing tensions between Turkey and EU states in the east of the sea.

The EuroMed 7 is an informal group of seven EU Mediterranean states, sometimes dubbed “Club Med”, that held its first summit in 2016 and notably does not include Turkey.

But the meeting on the French island of Corsica will bring together leaders of France, Italy, Malta, Portugal and Spain with eastern Mediterranean EU members Greece and Cyprus.

France has strongly backed Greece and Cyprus in a growing standoff with Turkey over hydrocarbon resources and naval influence in the eastern Mediterranean that has sparked fears of conflict.

The summit will get under way at around 1500 GMT at a coastal resort just outside Corsica’s capital Ajaccio.

The aim of the talks is to “make progress in the consensus on the relationship of the EU with Turkey above all ahead of the 24-25 September EU summit,” a French presidential official said.

Reaffirming Macron’s policy towards Turkey, the official said that France wants a “clarification” in relations with Ankara which should be an “important” partner.

Turkey has sought to join the EU for over half a century and while its membership bid has stalled badly in the last few years, and is no longer seen as realistic in some quarters, it remains a candidate to join the bloc.

Turkey’s hunt for gas and oil reserves in waters claimed by Greece has severely strained the relationship between the two NATO members.

Some member states will be pressing for sanctions against Turkey at the EU summit, with French Foreign Minister Jean-Yves Le Drian saying at the weekend such measures were on the table. 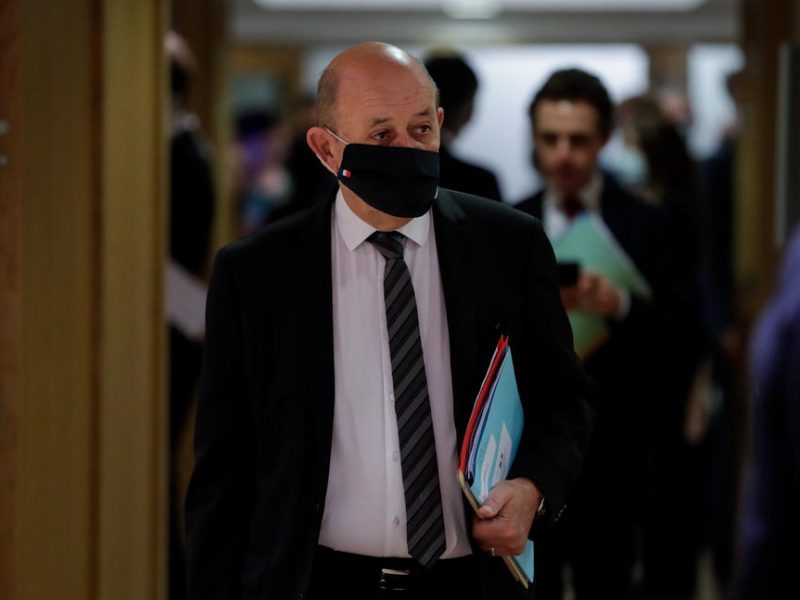 Turkey’s escalating conflict with Greece and Cyprus will be the main subject at this month’s European Council meeting, when sanctions will be considered against Ankara, France said on Sunday (6 September).

Referring to contested areas claimed by Greece and Cyprus as their exclusive economic zones, Turkish President Recep Tayyip Erdogan has threatened to “tear up immoral maps and documents”.

Another cause of tension between France, as well as its EU allies, and Turkey has been Libya, where Ankara has engaged militarily in support of the UN-recognised Tripoli-based government.

Before the summit, Macron will hold talks with Greek Prime Minister Kyriakos Mitsotakis.

Greek media said the possible sale by France of Rafale fighter jets could be on the table, in a sign of the increasingly strong alliance between Paris and Athens.

In an interview with AFP last week, Cypriot President Nicos Anastasiades denounced Turkey’s “aggressiveness” which he said masked “an intention to control the whole area”.

The EuroMed 7 came into being against the backdrop of the economic crisis in Greece which had caused tensions between southern EU members and their more frugal northern counterparts.

They “share the same desire to stimulate a new dynamic of cooperation” in the region, “in particular on issues of sustainable development and sovereignty”, Macron’s office said.