The cautious backing at a meeting of EU envoys in Brussels contrasts sharply with the lukewarm response shown by European allies to a similar American call first voiced at NATO in late June, when countries feared they could make US-Iranian tensions worse.

“Britain’s request, rather than Washington’s, makes it easier for Europeans to rally round this,” one senior EU diplomat said. “Freedom of navigation is essential, this is separate from the US campaign of maximum pressure on Iran.” 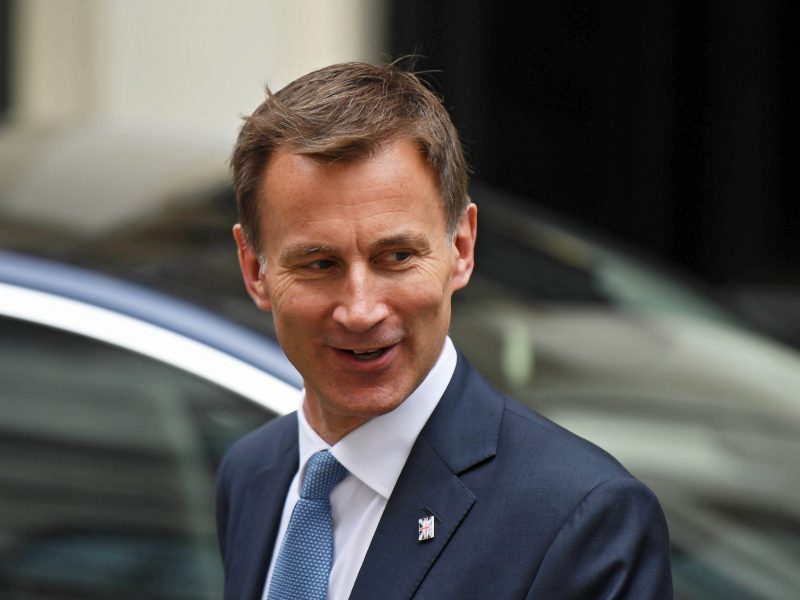 Britain tested the idea to senior EU diplomats at a meeting in Brussels, saying it would not involve the European Union, NATO or the United States directly, the diplomats said.

It was the first formal European meeting since British foreign minister Jeremy Hunt outlined the plans to parliament on Monday to protect the Strait, through which a fifth of the world’s oil passes.

Britain raised the plan after Friday’s capture of the Stena Impero tanker by Iranian commandos at sea.

British foreign ministry and defence officials have also discussed a possible mission, which would likely involve not just ships but aircraft too, directly with their Italian, Spanish, French and German counterparts.

A senior German diplomat in Berlin said Foreign Minister Heiko Maas was in close contact with his British and French counterparts, Hunt and Jean-Yves Le Drian, to “contribute to the security” of the Gulf including on maritime security.

The Netherlands is also assessing the British proposal, while a Spanish official said Madrid has held talks with London and was studying the idea.

Iran has rejected the proposal and says foreign powers should leave securing shipping lanes to Tehran and others in the region. Saudi Arabia, Iran, the United Arab Emirates, Kuwait and Iraq export most of their crude via the Strait.

Despite an American push to protect the vital shipping lane, US President Donald Trump said on Tuesday the United States paid for a route it did not use it as much as in the past.

“We don’t need it. We’ve become an exporter,” he said at an event in Washington, referring to the United States’ rising energy exports. “We’re the ones that policed it. We never get reimbursed,” he said, suggesting it was up to China and Japan to do more.

Given Britain’s plans to quit the EU, the mission will strive to be a looser coalition than that of the bloc’s anti-piracy naval mission, Atalanta, off the coast of Somalia and could also involve non-EU countries such as Norway.

China has a military base in Djibouti, although there has been no discussion to involve Beijing, diplomats said.

Britain aims to have further meetings with EU capitals including Stockholm, the diplomats said, while at the EU meeting in Brussels, Poland and Germany also showed interest.

The mission could be run by a joint Franco-British command, one of the envoys said. Britain has a naval base in Oman, while France has one in the United Arab Emirates.

Any mission would still need parliamentary approval in some EU countries, diplomats said.

Coalition of the willing?

Last Friday’s capture of the Stena Impero appears to have given Europeans new impetus. The European Union recently had informal discussions about an EU mission to patrol the strategic waters off Iran and Oman.

Any future mission would patrol waters, lead surveillance efforts and escort commercial vessels and coordinate with naval vessels in the area. Any force would need to work with the United States, the world’s dominant military power.

“There are still questions: to what extent should we draw on American help? We would need to talk to them,” one envoy said.

A US request for an international mission to protect shipping, aired at a NATO defence ministers’ meeting in Brussels on 27 June, was resisted by France and Germany. They worried that the US-led military alliance would be dragged into a possible confrontation with Iran.

Britain, France and Germany, with support from the rest of the EU, are trying to save the 2015 nuclear accord between Iran and major powers, under which Tehran undertook to curb its nuclear program in exchange for the lifting of international sanctions.

Tension has mounted since Trump quit the pact last year and reimposed sanctions on Iran, crippling its economy, in an attempt to negotiate a new, broader deal with Tehran.

The Europeans, who will discuss the state of the nuclear deal on Sunday in Vienna, along with China and Russia, reject the US approach.