France led criticism of US sanctions on the chief prosecutor of the International Criminal Court on Thursday (3 September), saying Washington had launched a “serious attack” on the global body.

The ICC, a special multilateral court set up to try genocide, war crimes and crimes against humanity cases, has become the latest issue to split Europe and United States under President Donald Trump.

Since its creation, the US has never recognised the court’s authority, but the Trump administration took the unprecedented step of sanctioning its chief prosecutor, Fatou Bensouda, on Wednesday along with another senior ICC official. 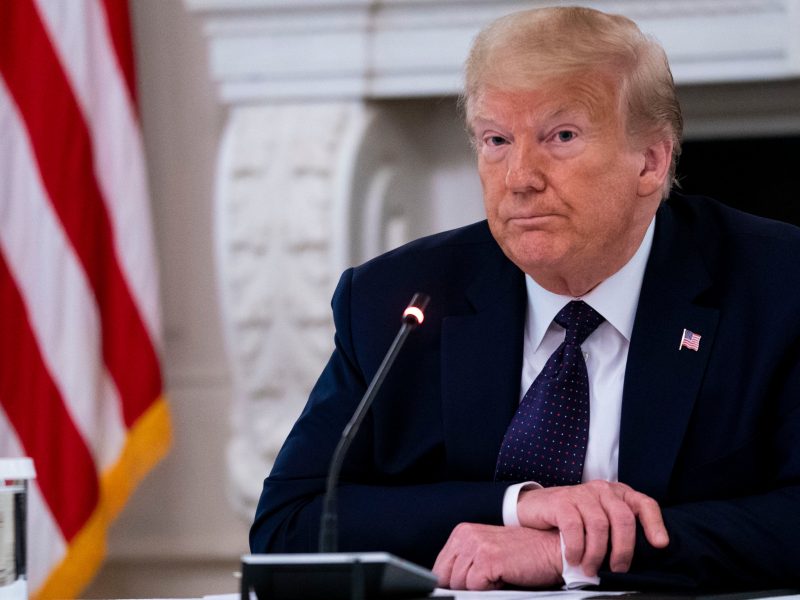 “The measures announced on 2 September amount to a serious attack on the court and signatory states of the Treaty of Rome and, beyond this, a challenge to multilateralism and the independence of the judiciary,” French Foreign Minister Jean-Yves Le Drian said Thursday.

A total of 120 states signed up to the Treaty of Rome in 1998 which laid the basis for the creation of the ICC four years later.

The US was not among them, unlike its Western partners, putting it alongside a handful of states such as Russia, China and Israel which refused the ICC’s authority.

Reacting to the US sanctions on Thursday, the European Union said it would defend the court against attempts to undermine it.

“The International Criminal Court is facing persistent external challenges and the European Union stands firm against all attempts to undermine the international system of criminal justice by hindering the work of its core institutions,” Peter Stano, spokesman for EU diplomatic chief Josep Borrell, told reporters.

Human Rights Watch said that the Trump administration’s action showed “an egregious disregard for victims of the world’s worst crimes.”

At the heart of the dispute are efforts by prosecutor Bensouda to pursue an investigation into alleged war crimes committed in Afghanistan, which could implicate US soldiers.

Afghanistan is a signatory to the ICC which has the power to investigate the most serious human rights abuses when member countries are unable or unwilling to bring perpetrators to justice themselves.

Trump had authorised sanctions on the ICC on 11 June.

US Secretary of State Mike Pompeo, who called the institution a “kangaroo court” at the time, announced that the sanctions in the form of asset freezes would be enacted.

The court, which has been criticised for concentrating its efforts on African countries in the past, has opened investigations into alleged atrocities in 12 countries, including Myanmar and Afghanistan more recently.

It has also angered Israel by mooting an investigation into alleged war crimes in the Palestinian territories.

In a statement on Wednesday, the ICC slammed the US sanctions as “coercive acts” which it said were an attack on “international criminal justice, and the rule of law more generally.”

In 2002, the US Congress passed the so-called “Hague Invasion Act” allowing the US president to authorise military force to free any US personnel held by the ICC, in theory making an invasion of the Dutch city that is home to the ICC a possibility.

Trump’s “America First” nationalism and opposition to multilateral institutions have led to tensions with the European Union on a host of issues from trade to the Iran nuclear programme, climate change, and the role of the NATO defence alliance.