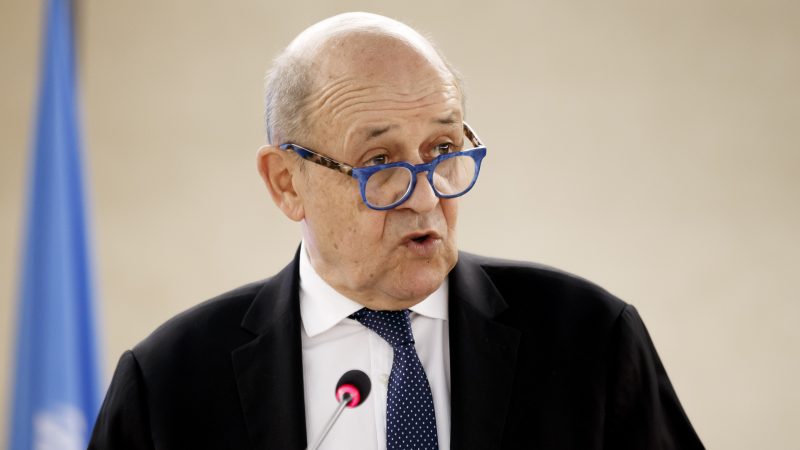 French Foreign Minister Jean-Yves Le Drian delivers his statement during the High-Level Segment of the 43rd session of the Human Rights Council, at the European headquarters of the United Nations (UNOG) in Geneva, Switzerland, 24 February 2020. [Salvatore di Nolfi/EPA/EFE]

“It seems to me that we are witnessing an amplification of the fractures that have been undermining the international order for years. The pandemic is the continuation, by different means, of the struggle between powers,” Jean-Yves Le Drian told Le Monde newspaper.

“My fear is that the world after (the outbreak) will strongly resemble the world before, but worse.”

Led by the United States, criticism has been mounting in the West over China’s management of the outbreak which has killed more than 164,000 people worldwide and hammered the global economy.

The United States is now the country hardest hit by the epidemic, which broke out in the Chinese city of Wuhan in December before spreading worldwide.

China has denied concealing any outbreak information or lying about its death toll, and has suggested in turn that the US military may have started the pandemic.

The worsening spat follows a prolonged trade war and US accusations of Chinese industrial espionage and military expansionism in the South China Sea.

Last week, US President Donald Trump announced a halt in World Health Organization funding partly because of what he said was the UN body’s kowtowing to Beijing.

The president’s move, said Le Drian, was “yet another challenge to multilateralism”.

The United States under Trump has already withdrawn from multiple international bodies and agreements.

“This struggle (between world powers) is an entrenchment of the balance of power that we saw emerging even before (the epidemic), with the exacerbation of Chinese-American rivalry,” he added.

Le Drian said the US “retreat” from a global leadership role was hindering collective action on a variety of major questions and emboldening China to claim the role for itself.

In the middle of this tug of war, it was essential for Europe to find its own “leadership destiny,” he said, while insisting China must “respect” the European Union, “which is not always the case.”

“Sometimes, Beijing plays on divisions within the EU.”

Le Drian also lashed out at Beijing for “maligning” personnel in French care homes, having falsely claimed on its French embassy website they had abandoned their posts overnight, leaving old people to die of hunger and illness.

The Chinese ambassador had been summoned to explain the claims.