Foreign Minister Jean-Marc Ayrault said it was out of the question to lift the sanctions as long as Russia fails to help implement the ceasefire accords in Ukraine, which were signed in Minsk in February 2015.

At the same time, the 28-nation bloc could not simply keep renewing the sanctions automatically without proper discussion, he added, on the sidelines of an EU foreign ministers meeting in Luxembourg.

“The conditions for ending the sanctions are not in place since the Minsk accords are neither respected nor implemented,” Ayrault said.

“What I want is that at the next EU leaders summit (on June 28-29) … we are not just satisfied with the automatic six-month rollover of the sanctions but that there is a real debate,” he said.

That way, leaders can see if there has been any progress on resolving the conflict and what could be done to encourage a possible opening, he added.

Germany and Austria too said EU sanctions on Russia should be gradually phased out as the peace process progresses, abandoning previous positions that sanctions could be lifted only if the Minsk peace plan is fully implemented.

Ministers were then to formally approve the decision without debate on Friday so as to avoid it coming up at next week’s leaders summit, set to be dominated by the outcome of Thursday’s British EU membership referendum (23 June), they said.

Putin ‘not so bad’

German and European officials have begun questioning how many fronts Europe can afford to fight at a time when the bloc faces major threats like Brexit, attacks from Islamic State militants and the simmering refugee crisis.

“People are tired of confrontation with Russia. They don’t like the tensions and they see that Ukraine is not delivering enough on the reform front,” said Ulrich Speck, a senior fellow at the Transatlantic Academy in Washington.

“When you’re confronted with ISIS, Putin doesn’t look so bad. Because of this fatigue, there is a growing risk that the anti-sanctions camp grows stronger,” Speck said, a view also expressed by officials in the United States, which has imposed its own sanctions on Russia over Ukraine.

In recent weeks, the divide between the parties in Merkel’s “grand coalition” government has widened, with German Foreign Minister Frank-Walter Steinmeier leading the push for a more conciliatory approach towards Russia, and a step-by-step easing of sanctions.

Over the weekend, he raised eyebrows by suggesting that NATO risked provoking Russia with military manoeuvres in eastern Europe. “What we shouldn’t do now is to inflame the situation by loud sabre-rattling and shrill war cries,” he told the Bild newspaper.

There are two ways to read Steinmeier. The first is that he is playing good cop to Merkel’s bad cop, and that the hardline German stance on sanctions is unlikely to change substantially.

“What has changed on Russia policy? I think nothing has changed,” said one senior German diplomat. “Still, with the sanctions deadline looming, we have to show we are doing everything we can to engage with Russia.”

The other interpretation is that Steinmeier’s comments point to a deeper split between Merkel’s conservatives and his Social Democrats (SPD) which will only grow as the 2017 German election approaches. Some officials fear this split could send a signal of disunity to Berlin’s partners, undermining the EU consensus.

One thing is sure: domestic German politics is playing a role in the Russia debate. Steinmeier has come under significant pressure from SPD leader Sigmar Gabriel over the past month to soften his rhetoric on Russia, officials familiar with their discussions say.

Gabriel is the presumptive challenger to Merkel in next year’s election and is scrambling for issues that can lift the struggling SPD in the polls and differentiate them from the chancellor’s conservatives.

Russia is a natural place for the SPD to start. For many in the party, attitudes towards Moscow were shaped by former chancellor Willy Brandt’s “Ostpolitik” engagement policy in the 1970s and the crumbling Soviet Union’s support for German reunification.

“We can’t allow the successes of Willy Brandt’s Ostpolitik to be squandered,” former SPD chancellor Gerhard Schroeder, a friend of Putin and former mentor to Steinmeier, cautioned in a weekend newspaper interview.

Later this month, Gabriel is scheduled to travel to Russia to meet with Putin at his private residence outside Moscow.

On the same day, 27 June, Ukraine’s new Prime Minister Volodymyr Groysman is due to make his first official visit to Berlin for talks with Merkel.

The symbolism of the two meetings will not be lost on Germany’s partners, some of whom are already talking about a gradual dismantling of sanctions.

Italian Prime Minister Matteo Renzi and European Commission President Jean-Claude Juncker both attended a major Russian investor conference that was held in St. Petersburg last week – visits that would have been unthinkable a year ago. 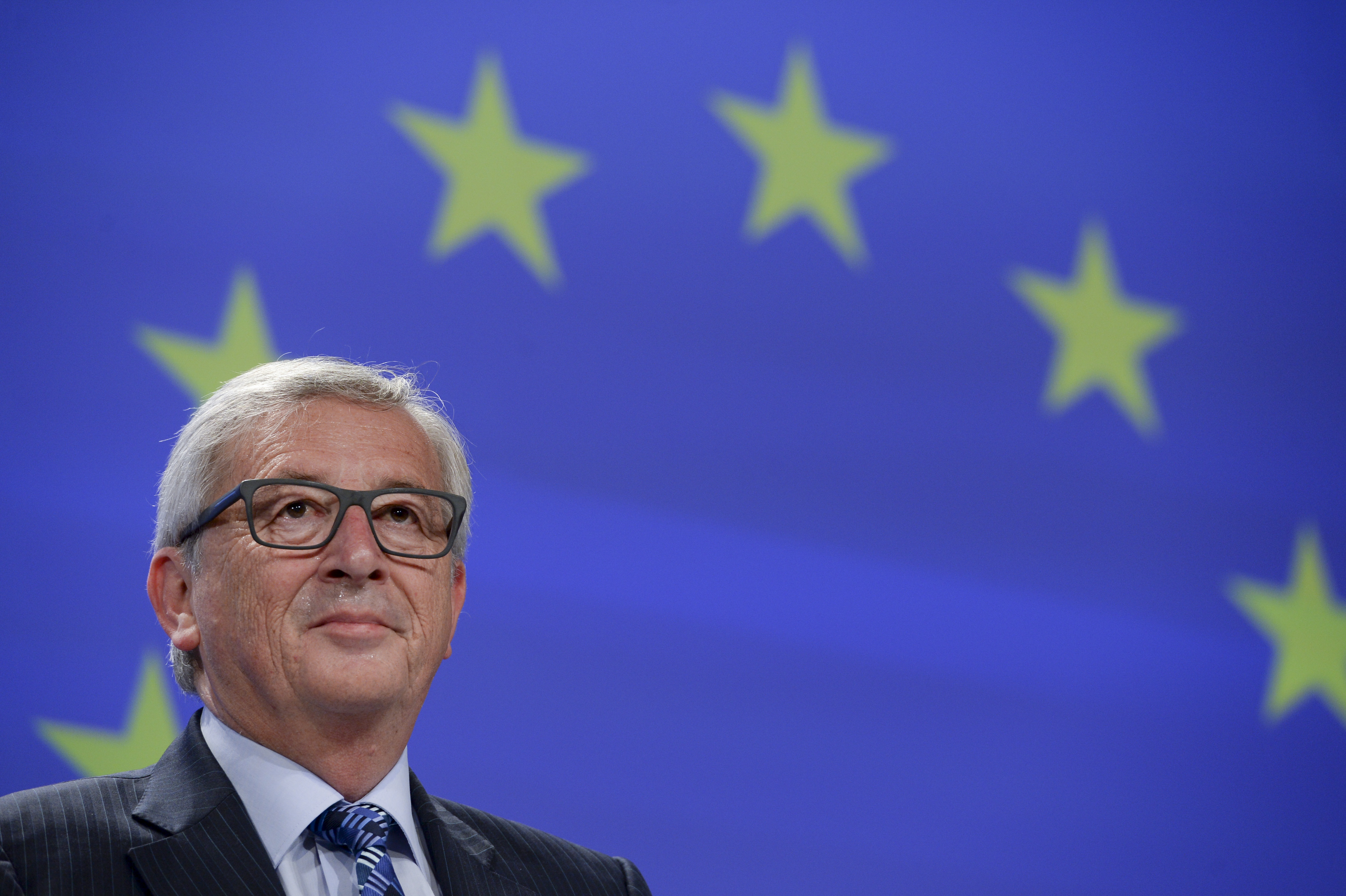 Slovakia, one of biggest sceptics on Russia sanctions, takes over the EU presidency in July.

The country’s Foreign Minister Miroslav Lajcak, speaking to Reuters in Luxembourg on Monday, said: “I see a growing demand for a political discussion about sanctions after this rollover and I expect that to happen.”

NATO insists on keeping the sanctions

The EU should keep in place the sanctions imposed on Russia over the Ukraine crisis, NATO Secretary General Jens Stoltenberg said yesterday.

“My assessment is that one should not remove the economic sanctions before Russia has changed its behaviour. I believe there is a broad agreement about this in the EU,” Stoltenberg said in an interview.

Stoltenberg told Germany’s Sueddeutsche Zeitung that NATO was actively seeking to avoid an escalation with Russia, while standing firm against its aggressive behaviour.

“The Cold War is over and we want it to stay that way,” Stoltenberg was quoted as saying. “But we must react to a Russia that has tripled military spending since 2000, that is behaving far more aggressively, and that has used military force to change borders in Europe.”

Stoltenberg said plans to deploy a new NATO force in Poland and the three Baltic nations were aimed at preventing conflict, not provoking it. “What we are doing is moderate, responsible and transparent,” the paper quoted him as saying.

The four battalions, of up to 1,000 troops each, are part of a wider deterrent to be approved at a summit in Warsaw on 8 July that NATO hopes will discourage Russia from a repeat of its annexation of Ukraine’s Crimea peninsula in 2014.

Russia sees NATO’s deterrence plans as hostile and has sharply criticized planned and already executed exercises. Last week, President Vladimir Putin warned there would be consequences if NATO continued what he called a one-sided position against Russia.

Former US and NATO officials also took issue with Steinmeier’s remarks at an event hosted by the German Marshall Fund in Brussels.

“It weakens NATO and the European Union,” agreed Jaap de Hoop Scheffer, a Dutch former NATO secretary-general, who spoke at the same event. He said the remarks appeared designed for domestic consumption.

Top US Navy officials also said increased exercises in eastern Europe did not amount to “sabre-rattling,” but were steps to train with allies and deter aggressive Russian maritime expansion.

EU ambassadors agreed to roll over damaging economic sanctions against Russia for another six months in the absence of any progress on resolving the Ukraine conflict, European sources said today.
The sources said that the ambassadors from the 28 member states of the European Union approved the decision in principle, which will now go to ministers for formal approval, possibly on Friday.

The EU imposed the economic sanctions against Russia after the shooting down of Malaysia Airlines flight MH17 in July 2014, blamed on pro-Moscow rebels in eastern Ukraine.

The sanctions were controversial from the start, with several EU states such as Italy, Germany and Hungary lukewarm at best until the MH17 tragedy.

The EU last week rolled over for another year sanctions imposed after Russia's 2014 annexation of Crimea from Ukraine.

The EU has also imposed a separate set of visa ban and asset freeze sanctions against individual Russian and Ukrainian figures for backing the separatist cause in early 2014. These measures run until September.