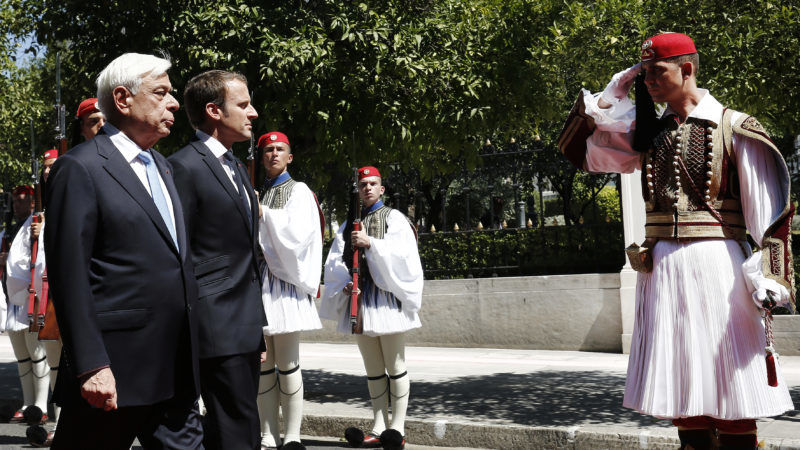 French President Emmanuel Macron said Turkey remained a vital partner of the European Union and ties should be maintained even if the country had strayed from the EU path, according to a newspaper interview published on Thursday (7 September).

A senior Turkish official said EU states must decide whether they wanted Turkey as a member, but there was a sense “they no longer want the marriage…(but) want cohabitation”.

Comments from the French president followed German Chancellor Angela Merkel’s remarks in a television debate on Sunday that the EU should halt membership talks with Ankara.

“Turkey has indeed strayed away from the European Union in recent months and worryingly overstepped the mark in ways that cannot be ignored,” Macron told Greece’s Kathimerini newspaper.

“But I want to avoid a split because it’s a vital partner in many crises we all face, notably the immigration challenge and the terrorist threat.”

The EU is eager to preserve a deal with Turkey that has stemmed the mass migration via Turkish territory of people from conflict areas. Turkey has in the past questioned the EU’s sincerity in keeping its side of the arrangement.

Relations with Ankara and the European Union have deteriorated since a failed July 2016 coup that has been followed by the arrests of tens of thousands of people across the country. Critics accuse President Tayyip Erdoğan of using the coup attempt as pretext for a reckoning political opponents.

Turkey, which signed an association agreement with the EU in 1963, began formal negotiations to join the union in 2005. However, several members, including France, have opposed talks on certain subjects meaning that only 16 negotiation chapters out of 35 have been opened.

Speaking to reporters in Paris, Turkey’s ambassador echoed President Erdoğan’s comments that the EU had to make its mind up about membership and dismissed any notion of an alternative “special partnership”.

“Integrating Turkey into the EU is not a Turkish question, but a European question now. Of course we have the impression of being duped,” Ismail Hakki Musa told reporters in Paris.

“They no longer want the marriage they want cohabitation. For a privileged partnership it’s too late and Europe must now be honest and sincere.”

Turkey’s relationship with France is not as bad as that with Germany, but ties have been strained following the arrest of French journalists in the country. The most recent, Loup Bureau, was seized by Turkish border guards on the frontier with Iraq in early August.

Musa said Macron and Erdoğan had asked their respective interior and justice ministers to find a way to solve the problem.

“We have to find a solution without tainting the fundamentals of the Turkish system,” he said.

France’s foreign minister is due in Ankara on 14 September.

Finland’s Foreign Minister Timo Soini, arriving in Brussels for talks with counterparts, said he was against ending membership talks with Turkey.

“It’s always useful to have a dialogue. We know there are problems with human rights in Turkey.”

While Macron has sought not to anger Erdogan since taking office, when responding in an interview last month on why being on the world stage was not so easy, Macron appeared to take a veiled swipe at the Turkish president.

“I am the one who has to talk with Erdoğan every 10 days,” he told Le Point without elaborating.