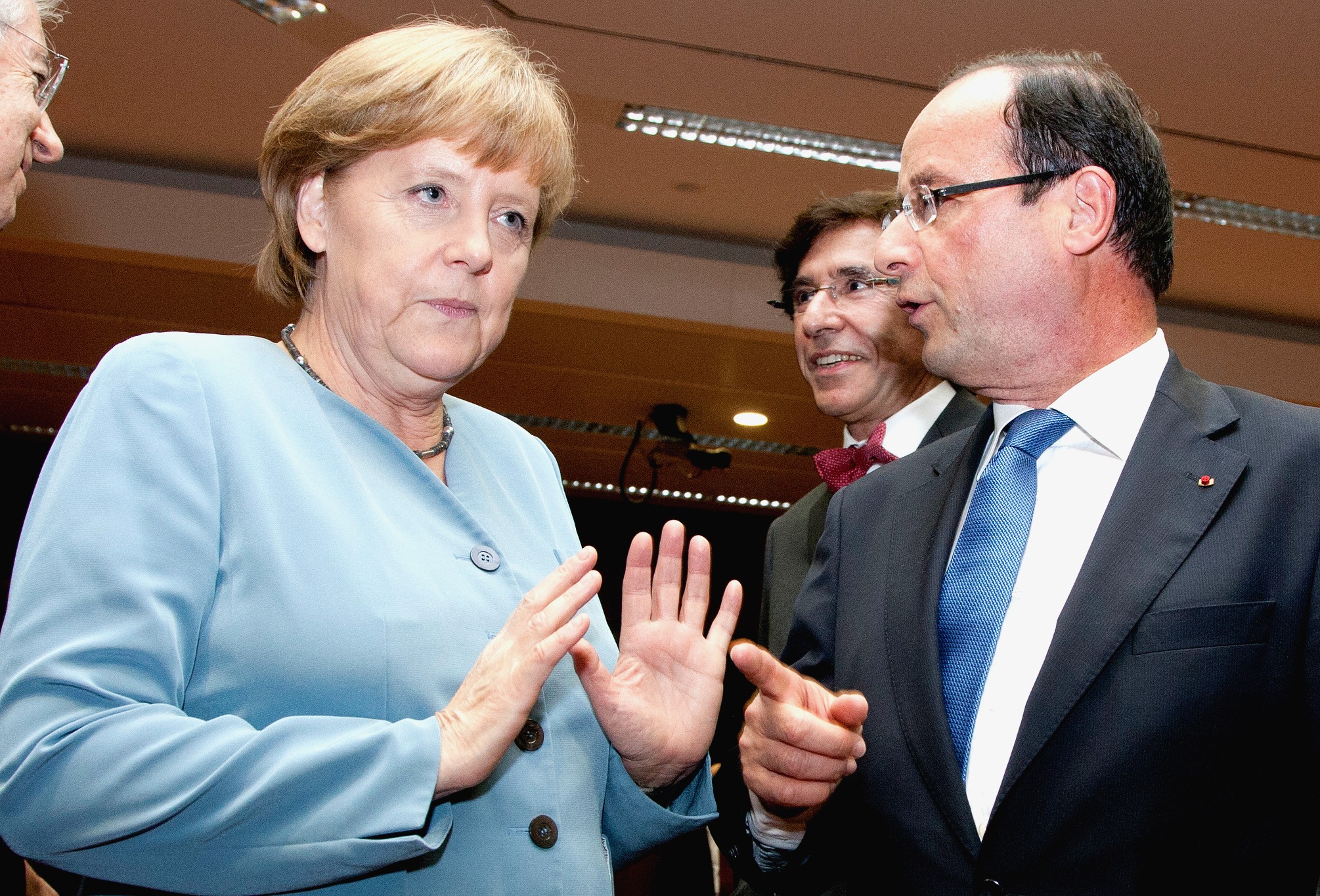 The economic crisis has put pressure on the relationship between France and Germany. [European Council/Flickr]

25 years after the fall of the Berlin Wall, an event that brought France and Germany closer together, the two countries are fighting to save their relationship against the odds. euractiv.fr reports.

The French-German alliance has remained strong throughout the economic crises, which have shaken the eurozone in recent years, but relations between the leaders of the two countries are now tenser than ever. The ideological gap between the two governments, on the left in France and the right in Germany, and their approaches to the budget and monetary policy, appear too wide to bridge.

The frequent to’ing and fro’ing of state ministers between Paris and Berlin is one example of the countries’ attempts to hold their relationship together, which appears to be working well in some areas and less well in others, particularly the economy.

“We have to take a step back and put the situation in perspective,” said Norbert Wagner of the Konrad Adenauer Stiftung. “So far the results have been positive. […] But we sometimes lack vision. What will the European Union look like in 20 years? Nobody is offering an answer to this. But we have so many problems now that it is difficult to look to the future,” he added.

Yves Bertoncini, director of Notre Europe-Institut Jacques Delors, said, “the French-German marriage was never about love, but about convenience.” The two countries have settled into an alliance of competition and cooperation, which, Yves Bertoncini believes, has led to an unbalanced relationship founded on resentment. France is the underdog in economic, budgetary and financial terms, but Germany was the weaker partner in international action.

Norbert Wagner is one of many to be concerned by the state of relations between Paris and Berlin. He said that “Germany needs France to be strong, that is why we worry. France’s economic problems mean it cannot play the role it needs to play”.

A desperate situation… but that’s fine

Both Yves Bertoncini and Norbert Wagner remain confident about the future of the French-German relationship. “The situation is desperate, but that’s fine,” Yves Bertoncini joked. He believes the situation will improve over the coming years as France increases its budgetary efforts and the EU focuses on investment.

Norbert Wagner is not troubled by the state of French-German relations. He believes the two countries have to make compromises. “German positions are not always well received in France, and vice versa. We need a more intensive dialogue to understand the positions of each side and to arrive at a consensus that both parties find acceptable”.

Yves Bertoncini thinks that the European Union could put an end to the divisions between France and Germany. “Jean-Claude Juncker or Mario Draghi could play the part of a marriage councillor. As a Luxemburger, the European Commission President is well placed for this!” he said.

The French-German alliance goes back to 22 January 1963. On this date, the German Chancellor Konrad Adenauer and the French President Charles de Gaulle agreed to make a clean break from the old enmity between the two nations.

The aim of the Elysée treaty was both to reconcile France and Germany, and to lay the foundations for a broader European construction.