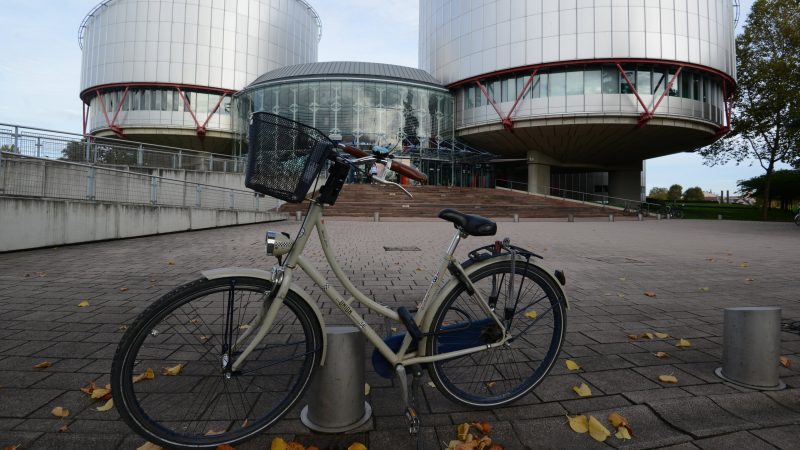 File photo. A bicycle stands in front of the European Court of Human Rights in Strasbourg, France, 21 October 2013. [Patrick Seeger/EPA/EFE]

French police have issued an arrest warrant for a driver at the Russian consulate in Strasbourg suspected of selling dozens of stolen bikes while on the job, sources close to the inquiry said Monday (22 March).

The suspect, a Russian citizen in his 40s, does not have diplomatic immunity and was brought in for questioning on 14 February but released 24 hours later as police pursued their investigation.

In the meantime he has returned to Russia, ostensibly for health reasons, though the consulate refused to comment “on personal information” when contacted by AFP.

The case emerged last month when a former deputy mayor for the eastern French city, Alain Fontanel, had his pricey electric bike stolen on a street near the diplomatic quarter of the city.

Strasbourg is home to the Council of Europe, an organisation of 47 member states that was founded in 1949 to uphold human rights, democracy and rule of law in Europe.

A few days later, “I saw my bike, along with two others from the same brand, in an ad on Leboncoin,” a popular classified advertising site, Fontanel said.

He filed a complaint with the police, who contacted the seller and arranged for a meeting, at a side door of the Russian consulate.

The man who appeared produced a fake receipt of purchase complete with a Russian consulate stamp along with Fontanel’s bike — which the latter identified by confirming its serial number — and three other bikes.

Police took him into custody and confiscated the other bikes, whose owners have not yet been identified.

They later discovered that some 300 ads for high-quality bikes had been posted on the Leboncoin site since January 2020, representing a potential value of up to €100,000.

The investigation remains underway, and prosecutors could decide to proceed with a trial even if the suspect remains out of reach.