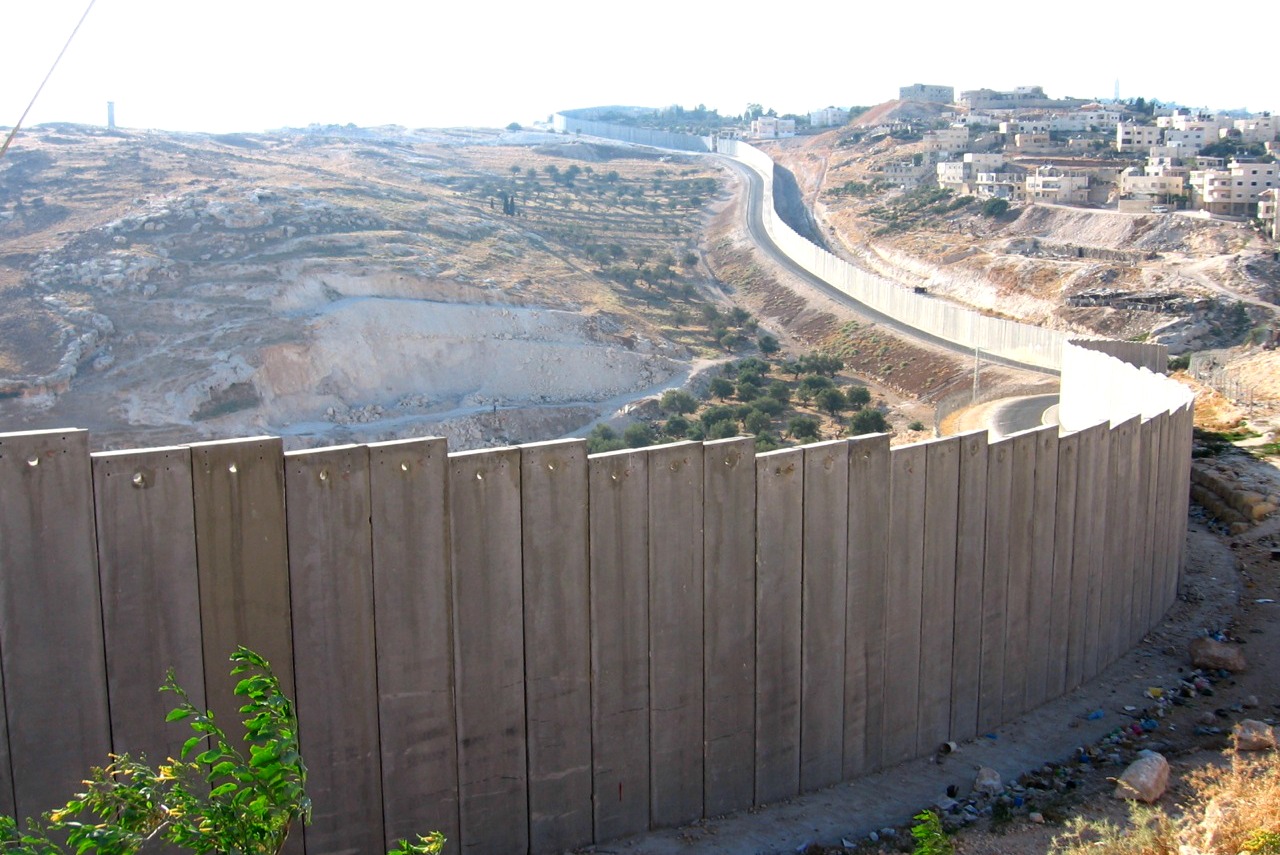 The 'Separation Wall' divides Israelis and Palestinians. The state of Palestine is officially recognised by 135 countries. [Adam Walker Cleaveland/Flickr]

The movement for the recognition of Palestine is gaining momentum in the wake of Sweden’s decision to officially recognise the state. Socalist legislators are preparing a resolution that would see France join 135 other countries in recognising the state of Palestine. euractiv.fr reports.

The Socialist group in the French Parliament is drawing up a resolution inviting “the French government to use the recognition of the Palestinian state as an instrument in working towards a final resolution to the conflict,” according to an early draft proposed by the President of the Foreign Affairs Committee, Elisabeth Guigou, on 4 November.

A French parliamentary source said “since the latest conflict, and in light of the current diplomatic stand-still, the parliamentary Socialists are looking for ways to get things moving”.

The non-binding proposal must first be adopted by the Socialist group before being put to a vote in Parliament. 17 French MPs from the left wing of the Socialist Party called for the recognition of the Palestinian state in an editorial published in La Liberation.

Our source said that “parliamentary initiative is on the rise” after the Swedish government’s decision to recognise the state of Palestine, and the adoption of a similar proposal in the UK Parliament on 14 October.

Sweden became the world’s 135th country, and the first in Western Europe, to recognise the state of Palestine on 30 October.

Until the Swedish announcement, support within the European Union was limited to the Eastern member states of Bulgaria, Cyprus, the Czech Republic, Hungary, Malta, Poland, Romania and Slovakia, all of which already recognised the state of Palestine before their accession to the EU.

EU candidates Montenegro, Serbia, Turkey and Bosnia are also already among the 135 countries, and the UK’s House of Commons adopted a motion in October, asking the British government to officially recognise the state of Palestine.

In this motion, which passed with an overwhelming majority, British legislators stated that “this House believes that the Government should recognise the state of Palestine alongside the state of Israel, as a contribution to securing a negotiated two state solution”.

The debate also appears to have found new impetus in Brussels. Our French parliamentary source said “we have of course been paying great attention to recent declarations from the High Representative of the European Union for Foreign Policy”.

In an interview with Le Monde on 4 November, Federica Mogherini, the European Union’s foreign affairs chief, said that she would be “happy if the state of Palestine existed within [her] term in office”. She added that “the question of recognition is up to the individual member states”.

The French government will not change its stance, even if the Socialist group’s resolution is adopted by the French Parliament.

“France has chosen to work towards the recognition of the state of Palestine on an international level”.

The idea of recognising Palestine is no longer a taboo subject. In 2012, France voted to give Palestine the status of an Observer State at the UN.

In his closing speech to the Conference of Ambassadors in August, following this summer’s deadly conflict, the French Foreign Affairs Minister, Laurent Fabius, said “the constant search for lasting peace between Israel and the Palestinians, which requires a two-state solution, supported by France, means that at some point we will have to recognise the Palestinian state”.

The state of Israel was created in 1948, replacing the British Mandate for Palestine after a conflict that resulted in the flight of at least 750,000 Palestinians. 19 years later, the refugee crisis was exacerbated by the invasion and occupation of the West Bank and the Gaza Strip in the Six-Day War of 1967. Israel then annexed East Jerusalem and began building colonies in the West Bank, which is now home to 500,000 Israeli Jews.

The EU joined the conflict in 1980 by recognising Palestine's right to self-determination in the Declaration of Venice. In 1986 the EU went further by enacting a regulation that allowed Palestinians in the occupied territories to export products to Europe under the label "Made in the West Bank and Gaza".

The EU deepened its involvement in the peace process, offering financial support to the embryonic Palestinian authorities, following the signing of the Oslo Accords in 1993. The EU maintains that any peace settlement must respect the original borders from 1967, which would allow the Palestinians to establish their national capital in East Jerusalem. This position has provoked strong opposition from Israel.

In December 2010, 26 former EU leaders, including Javier Solana and Helmut Schmidt, called for Israel to be sanctioned for its continued construction of colonies.