Turkey and Germany have had a series of disputes in recent months, just as the European Union has been trying to secure Turkey’s help in tackling the influx of migrants to Europe, of which Germany has taken in the bulk.

Ankara has also been incensed by criticism from the West of its crackdown following a failed coup attempt on 15 July.

Erdogan says coup was planned ‘outside Turkey’, blames the West

The government report, disclosed by German public broadcaster ARD this week, said Turkey had become a hub for Islamist groups and that President Recep Tayyip Erdoğan had an “ideological affinity” to Hamas in Gaza, the Muslim Brotherhood in Egypt and groups of armed Islamist opposition in Syria.

ARD said the report was confidential and commissioned by the Interior Ministry upon a parliamentary request from the leftist Linke party.

De Maizière told German regional broadcaster rbb: “There’s nothing to regret,” when asked if he regretted the paper. He said the report showed one aspect of Turkey but that there were other aspects beyond that.

Earlier in the day, Interior Ministry spokesman Johannes Dimroth said the report was signed by a deputy minister and that neither de Maizière nor the Foreign Ministry had been involved.

Government spokesman Steffen Seibert declined to comment on the report but he said Berlin still viewed Ankara as a partner in the fight against Islamic State.

Turkey reacted with fury to the report.

“The allegations are a new manifestation of the twisted mentality, which for some time has been trying to wear down our country, by targeting our president and government,” the Foreign Ministry said in a statement.

Earlier this year, Erdoğan reacted angrily to the broadcast of a satirical song about him on German television and launched legal action against the comedian who wrote it. 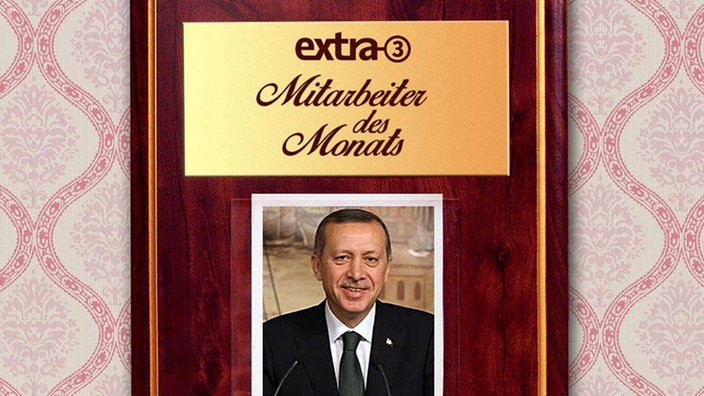 Another row followed weeks later when the German parliament passed a resolution declaring the 1915 massacre of Armenians by Ottoman forces a genocide.

In June, there was another, as yet unresolved rift when Turkey appeared to block a visit by German lawmakers to 250 German soldiers stationed at Incirlik air base in southern Turkey.

Turkey’s Foreign Ministry said Germany was guilty of double standards and that it should be more supportive of Turkey in its fight against the militant Kurdistan Workers Party (PKK), listed as a terrorist group by the European Union and the United States.

Erdogan: US must choose between Turkey and Kurdish forces

Turkish President Recep Tayyip Erdo?an has denounced a senior US official’s visit to Kurdish-controlled northern Syria, underlining the “mistrust” the visit has created in Ankara over the nature of Turkey’s “partnership” with the U.S.

“It is obvious that behind these allegations are some political circles in Germany known for their double-standard attitudes in the fight against terror,” the ministry said in the statement.

“As a country which sincerely fights against terror of every sort whatever its source, Turkey expects that its other partners and allies act in the same way.”