Although Americans and Germans think transatlantic relations are in slightly better shape than last year, stark differences remain when it comes to defence spending and big power competition, a fresh poll by the US think tank Pew Research Center showed.

With Donald Trump in the White House, relations between the two countries have cooled significantly, amid growing differences that are preventing Berlin and Washington from aligning on global issues, especially compared to the years under Trump’s Democrat predecessor Barack Obama.

In recent months, Trump has repeatedly lashed out against Germany, from trade issues and unambitious defence spending to the accusation that Germany and the other European countries had founded the EU with the aim of harming the US.

“Three years into a turbulent period of American-German relations, with Donald Trump at the helm of American foreign policy and Angela Merkel leading Germany, there continues to be a wide divergence in views of bilateral relations and security policy between the publics of both countries,” stated the study, conducted in cooperation with the German Koerber Stiftung.

The study, for which the two organisations each canvassed about 1,000 respondents in September 2019 in the US and Germany, however, suggests a slight generational change in the general attitudes of Germans and Americans about each other.

“Despite divergences in opinion, young people in both countries have more positive views of the US-German relationship,” the authors of the study stated.

Worlds apart on NATO, US presence

However, when it comes to hard security issues, Americans and Germans are worlds apart, according to the findings.

Americans (60%) are far more likely than Germans (34%) to think their country should be willing to use military force to defend a NATO ally from Russia under the military alliance’s mutual defence clause, Article 5.

Although 78% of Americans agree that military action should be allowed in case of doubt, less than half of Germans agree with this statement. In both countries, this view is shared by conservatives rather than liberals or left-wing parties.

At the same time, NATO’s public image in France, Germany and the US worsened sharply after Trump and French President Emmanuel Macron questioned the value of the Western alliance, an earlier Pew Research Center study found in February. 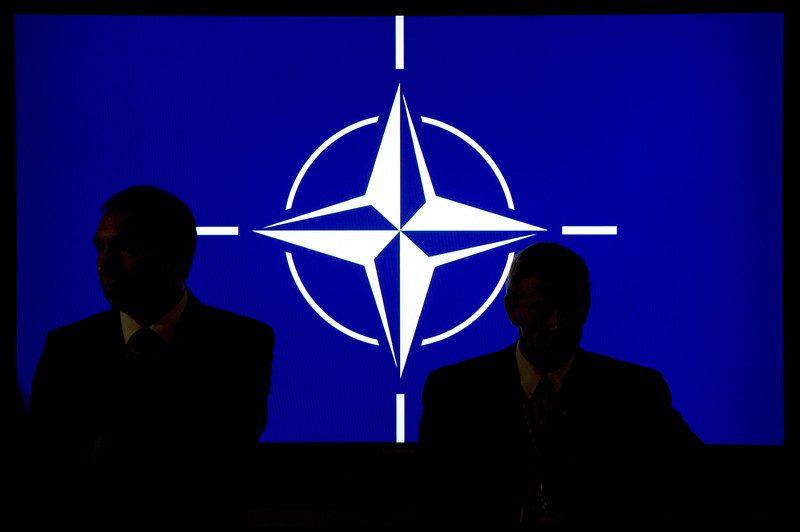 NATO’s public image in the US and France worsened sharply after US President Donald Trump and French President Emmanuel Macron questioned the value of the Western alliance, according to a new Pew Research Center study published on Monday (10 February).

Both studies come only a few months after the dispute between Macron and Trump exposed major rifts in the military alliance, which is still struggling to redefine itself in the post-Cold War era.

Macron has defended his “brain death” remarks as a useful wake-up call for allies, who he said were too focused on defence spending and other internal issues, rather than on relations with Russia, the Middle East, and the role of NATO member Turkey in Syria.

NATO diplomats have long feared that Trump’s portrayal of NATO as an alliance in crisis might erode US public support.

Trump has harangued allies, and Germany in particular, since taking office in 2017 over perceived under-spending on defence, effectively threatening to pull America out of the alliance in 2018.

In Germany, the acceptance for defence budget increases has grown from 32% in 2017 to 43% in 2018, as the intense debate has initiated a rethinking of NATO’s 2% GDP target and the German government committed to increasing its defence spending up to the goal until 2031.

According to the numbers, Germans are divided about the importance of US military bases for their national security, with 45% disagreeing – and particularly the younger Germans – with the view that the presence of US military means special protection.

Looking at the list of most important foreign policy partners, for Germans, France remains by far the most important ally (60%) ahead of the US (42%), followed by China, Russia and the UK.

When it comes to strategic choices, however, Germans seem to be more likely to pick China (53%) than the US (24%) as the world’s top economic power. In former East Germany, 38% of residents say they’d choose good relations with Russia (38%) over the US (23%).