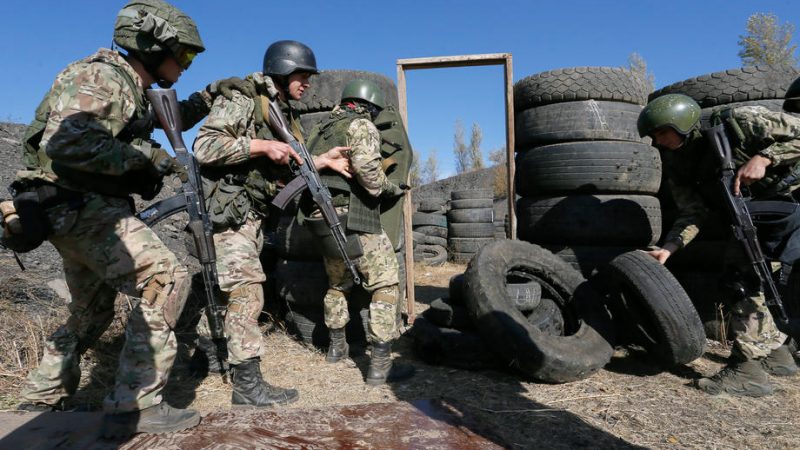 Germany and France called on both the Ukrainian government forces and Russia-backed separatists in eastern Ukraine to respect the restoration of a full ceasefire, their foreign ministries said in a joint statement on Thursday (23 December).

“We urge the sides to respect the ceasefire and to continue discussions on further steps in the humanitarian field, e.g. the opening of crossing points and the exchange of detainees, along with the rest of the Conclusions of the 2019 Paris Summit,” the ministries said in a joint declaration.

The United States also welcomed the ceasefire, expressing the that “the resultant peace will create the diplomatic space necessary to de-escalate regional tensions and provide a positive atmosphere for further discussion”.

We welcome yesterday’s ceasefire announcement between Ukraine and Russia-led forces in eastern Ukraine. Diplomacy and de-escalation is the best way to resolve the crisis in Donbas. https://t.co/Z5JhtAXFL4

Ukrainian armed forces and pro-Russian separatists on Thursday accused each other of breaching a fresh ceasefire in Eastern Ukraine.

Kyiv has been battling a pro-Moscow insurgency in two breakaway eastern regions bordering Russia since 2014, shortly after the Kremlin annexed Ukraine’s Crimean peninsula.

Western countries accuse Russia of plotting to invade Ukraine and massing around 100,000 troops on the ex-Soviet country’s borders. The West is also worrying that Russia would use any “provocation” to launch an attack on Ukrainian territory, as it did in 2008 in Georgia.

Late Wednesday the Organisation for Security and Cooperation in Europe said that Russia and Ukraine had agreed to restore the ceasefire.

Hopefully this new (old) ceasefire in Ukraine holds. We'll find out in the morning I guess!https://t.co/xIBaXO2ogG

On Thursday however, Kyiv and separatists accused each other of new violations, and a separatist representative denied that a new truce had been negotiated.

“There is no agreement,” Rodion Miroshnik, a representative of the self-proclaimed Lugansk People’s Republic, said on messaging app Telegram.

“But if you really want to make a statement about one, why not make it?”

Donetsk authorities also claimed a civilian was injured early Thursday on the outskirts of their de facto capital Donetsk in an attack by Kyiv’s forces.

The Ukrainian army for its part reported that the separatists launched three attacks on its positions on Thursday.

The army said in a statement that the separatists used large-calibre mortars and grenade launchers but reported no casualties.

All previous ceasefire agreements — including the previous truce agreed in July 2020 — crumbled.

Late Wednesday the representative of the OSCE chairperson-in-office in Ukraine, Mikko Kinnunen, said in a statement: “I was delighted that participants expressed their strong determination to fully adhere to the measures to strengthen the ceasefire agreement of July 22, 2020.”

The statement was issued following a meeting of officials from Ukraine, Russia and the OSCE — known as the Trilateral Contact Group — and representatives of the separatist statelets.

“There is a sense of a real possibility for the first time in a long while to ensure a ceasefire on the contact line,” Andriy Kostin, a Ukrainian representative, said in a statement earlier Thursday.

Russian foreign ministry spokeswoman Maria Zakharova said that the separatists had always respected the 2020 truce and accused Kyiv of violations.

“We expect Kiev to observe all of its commitments to ensure a sustainable ceasefire in eastern Ukraine,” she said.

Ukraine and its Western allies accuse Russia of sending troops and arms across the borders. Moscow has denied those claims. 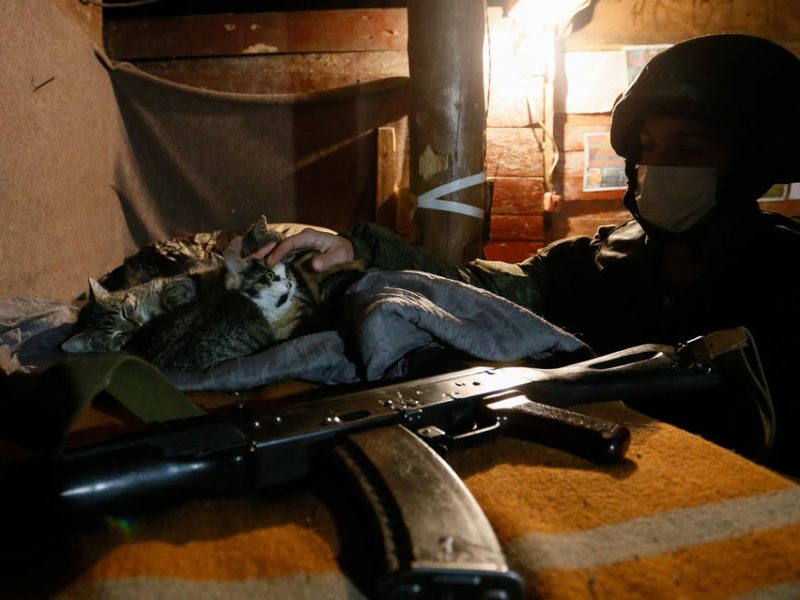 Russian mercenaries have deployed to separatist-controlled eastern Ukraine in recent weeks to bolster defences against Ukrainian government forces as tensions between Moscow and the West rise, four sources have told Reuters.