Gabriel was speaking after a meeting in Ankara with his Turkish counterpart, Mevlüt Çavuşoğlu, which had aimed to address the standoff over Incirlik and other diplomatic tensions between the two NATO allies. 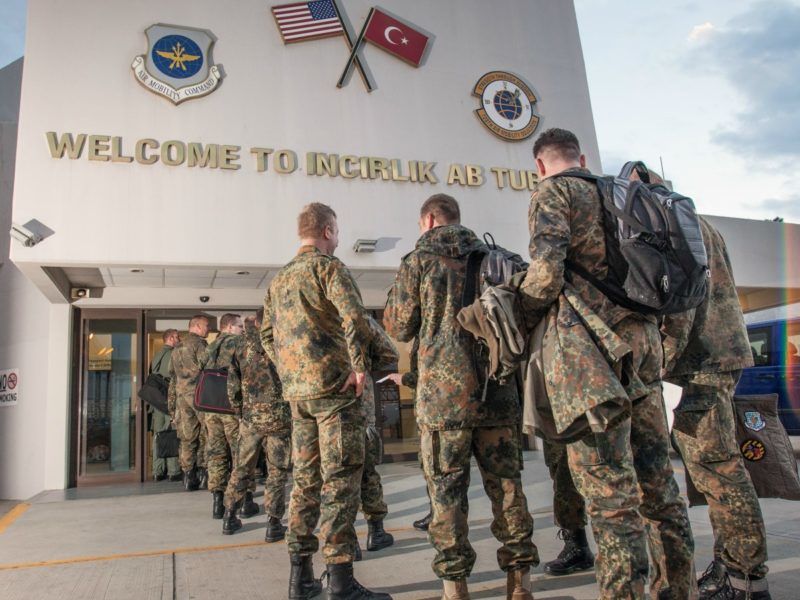 Germany’s Social Democrats raised pressure on conservative Chancellor Angela Merkel yesterday (21 May), saying if she could not resolve a row with Turkey over access to the Incirlik air base, German troops should move.

“My Turkish colleague explained to me that in the current situation, Turkey is not able to allow every visit by German parliamentarians to Incirlik – for domestic reasons,” Gabriel told a news conference.

Expressing regret, Gabriel said that as a result Germany “must transfer soldiers out of Incirlik, because the German parliament has a parliamentary army and places value on German lawmakers being able to visit Bundeswehr soldiers at any time.”

Turkey has prevented German lawmakers from visiting the roughly 250 troops stationed at Incirlik, saying that Germany needs to improve its attitude first.

Germany is in discussions with Turkey to ensure that the German military can keep flying reconnaissance missions from Incirlik Air Base in support of a US-led fight against Islamic State, Chancellor Angela Merkel said yesterday (25 August).

Gabriel said the search for an alternative location for the troops, part of a mission providing reconnaissance aircraft to support US-led coalition operations against Islamic State in Iraq and Syria, would start “this week or next week”. Berlin has said Jordan is one of the possible options to host the troops.

Neither Turkey nor Germany wanted the decision to transfer soldiers out of Incirlik to “further worsen our relationship”, Gabriel said.

“We believe that when we have settled this problem … then we will have the chance to work on all the other points where we are firmly convinced that we have common interests”.

“The Turkish government will be absent as a close partner, as a strategic and military partner, for the foreseeable future,” he said. “The export of armaments to Turkey must also be stopped immediately.”

Aside from the Incirlik dispute, Germany has expressed concern about the security crackdown in Turkey after last year’s failed coup. Some 150,000 people have been sacked or suspended from their jobs and 50,000 people jailed pending trial.

Turkish officials say the steps are necessary because of the gravity of the coup attempt, which killed more than 240 people. But critics in Turkey and abroad say Erdoğan is using the failed coup as a pretext to muzzle dissent and purge opponents.

German officials said last month that 414 Turkish citizens with diplomatic passports and other government work permits had requested asylum since the attempted putsch. Berlin’s interior ministry has confirmed that asylum requests had been approved for a number of them, a move that angered Ankara. 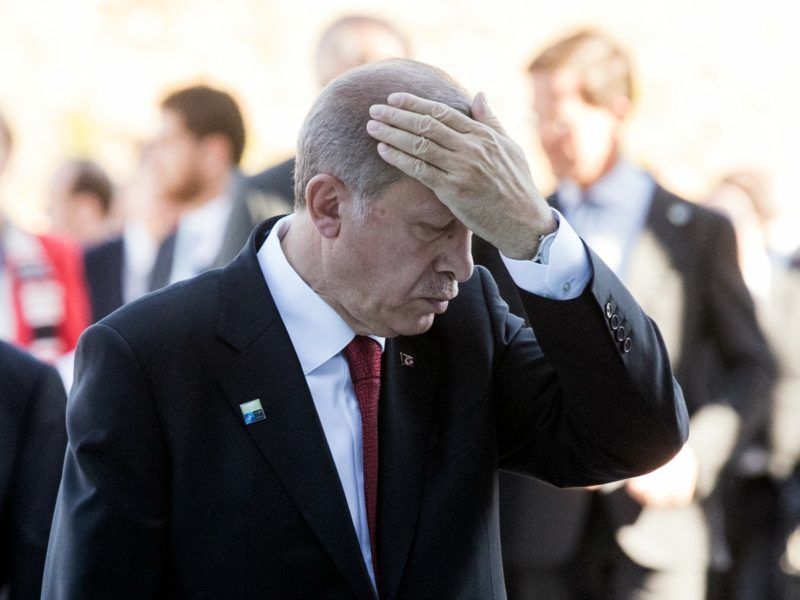 Erdogan told Merkel of anger over asylum for 'putschists'

“Those who seek asylum to escape Turkey and have been mixed up in the coup should be extradited,” Çavuşoğlu told the news conference.

He said relations between the two countries, as well as regional cooperation, had suffered recently. “If Germany takes one step towards us, we can take two towards them, but we cannot overlook the current situation,” he said.

Germany has also pushed for the release of German-Turkish journalist Deniz Yücel, who was arrested in Turkey in February on a charge of spreading terrorist propaganda.

“The accusations about Yücel are not related to journalism, but rather to terror. This is a sensitive issue for all of us,” Çavuşoğlu said, adding that the case was a matter for the courts.

“Our independent judiciary is carrying out the process. The judiciary will make the decision on Yücel,” Çavuşoğlu said.