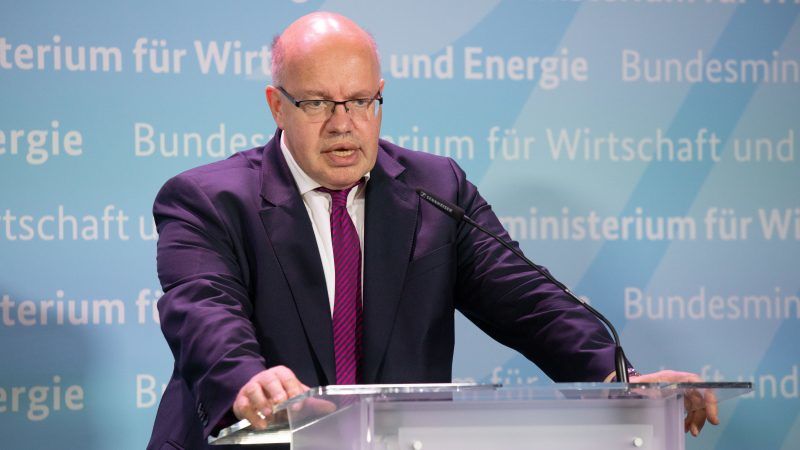 In a bid to deter US President Donald Trump from imposing hefty new trade tariffs on European Union goods, the EU said in July it would work to increase imports of US soybeans and LNG.

Trump wants US LNG to compete with Russian natural gas exports in Europe. He has accused Germany of being a “captive” to Moscow because of its heavy reliance on Russian gas and has called for Berlin to drop support for the $11 billion Nord Stream 2 pipeline plan to pump more gas from Russia to Germany.

“This is a gesture to our American friends,” Peter Altmaier said of plans to decide on a site for the LNG terminal.

“We have three competing cities and we will take a decision before the end of the year,” he said after meeting Maros Sefcovic, the European Commission vice president and EU energy chief.

But Altmaier said the LNG plan was not related to Germany’s support for Nord Stream 2, which he told reporters was “a project that has a long life already and much money has been invested.”

At talks in Brussels, Altmaier and Sefcovic discussed the future of gas transit via Ukraine, the traditional route for Russian gas supplies that make up more than a third of EU needs.

Altmaier repeated Germany’s request for Moscow to continue to send “substantial” supplies via Ukraine after their contract expires in 2019 but did not put a figure on volumes.

Sefcovic said volumes had to be substantial enough to pay for maintenance of Ukraine’s gas pipeline infrastructure.

He also said the United States had to do more to make its gas exports competitive on European markets.

German firms are considering building an LNG terminal as gas demand rises in Europe and the Netherlands, one of Germany’s crucial suppliers which is winding down its giant Groningen field and plans to close it in 2030.

German utility Uniper said on Monday it was ready to import LNG and distribute it should a terminal be built at Wilhelmshaven, close to its storage facilities.

Meeting with Polish President Andrzej Duda in the White House yesterday, Trump said the United States was not looking to sanction companies that participated in the project with Russia. “We just think it’s very unfortunate for the people of Germany that Germany is paying billions and billions of dollars a year for their energy to Russia,” he said.