“We have too many little Merkels, Macrons, and Orbans wandering around the EEAS corridors,” an EU diplomat told this author last summer amid heated discussions over whether the EU would slap sanctions on Belarus and Turkey.

We were sitting in one of the many coffee places around Rond-point Schuman in Brussels (yes, they were open then!), staring at the EU’s diplomatic headquarters, blissfully unaware of the crises to come in the months to follow.

Pick one of the recent crisis – or in fact, one of the best examples of Europe’s foreign policy muddle, Libya – and you will see that EU member states usually tend to go their own way on foreign policy. And this has started to show more often.

After a crash course in crisis management of the past few months, a recent European Parliament proposal, seen by EURACTIV, boldly states that to overcome the growing pains of its foreign policy-making, the EU must have its own European Diplomatic Academy.

A school for EU diplomats, to establish an ‘esprit de corps’. But would that work?

→ More on this in this week’s story of the week: 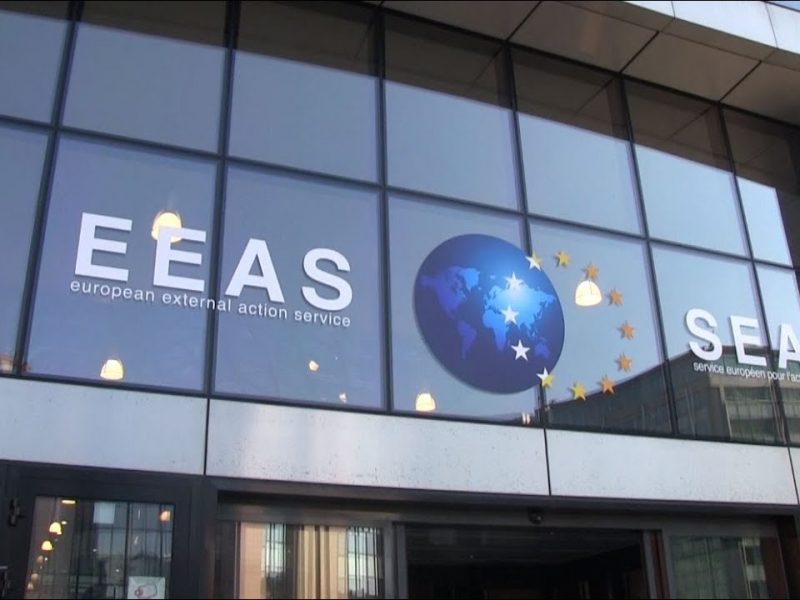 Own academy could help EU's diplomatic service find its footing

To overcome the growing pains of its foreign policy-making, the EU needs to develop its own European Diplomatic Academy, where EU diplomats will be trained on the basis of common EU values and interests, according to a European Parliament proposal, seen by EURACTIV.

COMPETITION: What’s your opinion? Write to me at alexandra.brzozowski@euractiv.com with some comments or to make some more or less serious suggestions about what the course catalogue should entail.

SPY ROW. It took seven years to expose that Russia was behind the explosion of an ammunition deposit in 2014 that killed two people in the Czech Republic, and for Bulgaria to realise that the attempted Novichok poisoning of an arms trader was linked to this covert action.

The Czech Republic also asked EU and NATO allies to take action in solidarity with Prague in its row with Moscow and ordered Russia to pull out most embassy staff. Estonia, Latvia, and Lithuania heard the call and said they will expel several Russian diplomats and embassy employees.

In his State of the Union speech, Russian President Vladimir Putin warned the West that if it crosses “the red line” with Russia, it should expect an “asymmetrical, swift and harsh” response. But he didn’t say what the red line was.

NAVALNY CASE. A group of UN rights experts expressed alarm this week at the deteriorating health of imprisoned Kremlin critic Alexei Navalny and called for his urgent medical evacuation from Russia.

The Baltics were swift to respond, as they did with many Belarus opposition figures. Estonia said it is “seriously” considering granting Navalny asylum in case he is either banished or voluntarily leaves Russia.

INDO-PACIFIC. The EU adopted its long-awaited EU strategy for cooperation with the Indo-Pacific region, advocating stability and an “open and fair” environment for trade and investment.

PORTO WOES. The EU-India summit, defined by Prime Minister António Costa as the “jewel in the crown” of the global aspect of the Portuguese presidency of the Council of the EU, aimed to relaunch talks between Brussels and Delhi, particularly for the resumption of negotiations for an investment agreement. But, as it turns out, Indian Prime Minister Narendra Modi will not attend the EU-India summit scheduled for 8 May in Porto.

TIGRAY CONFLICT. The EU is set to send an election observation mission to monitor Ethiopia’s elections in June, despite the ongoing war in the country’s northern Tigray province. The final decision will be made in the coming weeks.

BREXIT VOTE. EU lawmakers are set to finally ratify the bloc’s post-Brexit trade agreement with the UK after the European Parliament’s political group leaders set next Tuesday as the date to take a plenary vote on the deal.

NATO SUMMIT. Mark your calendars, NATO’s 30 leaders will hold a summit on 14 June in Brussels in the hope of repairing transatlantic ties under US President Joe Biden and amid growing tensions with Russia. The summit will follow a G7 meeting in Britain.

Topics will include a long-awaited debate about the NATO 2030 reform ideas, “Russia’s aggressive actions, the threat of terrorism, cyber-attacks, emerging and disruptive technologies, the security impact of climate change, and the rise of China”.

UKRAINE CRISIS. How many troops does Russia have on the border to Ukraine? Difficult to say, but it’s a lot. The EU, US and NATO allies this week denounced the large build-up of Russian troops alongside Ukraine’s eastern front, while Ukraine’s foreign minister warned that ‘Russia would do everything to incite provocations’.

Russia’s defence minister said on Friday Moscow had ordered an end to military drills near Ukraine involving tens of thousands of troops and dozens of warships that had exacerbated tensions with the West.

FRANCO-GERMAN MEET. German Defence Minister Annegret Kramp-Karrenbauer has called for closer bilateral defence cooperation with France in light of the tense security situation in Europe marked by the Russian “threat”, the rise of China and spreading “Islamist terrorism” in the Sahel region.

SPACE ASSETS. The EU has not done enough to capitalise on its €18 billion space programmes, including its Galileo satellite positioning system and Copernicus observation satellites, EU auditors said this week.

PHANTOM PAPER. A firmer stance from Brussels – noticeably missing last week – against a controversial document proposing border changes in the Western Balkans would help calm the growing anxieties in the region, analysts said. At the same time, regional and international actors contacted by EURACTIV firmly rejected ideas from the phantom non-paper.

VACCINE AID. The EU will provide 651,000 COVID-19 jabs from its joint procurement for frontline healthcare workers in the six partner countries in the Western Balkans, the European Commission announced.

The announcement comes after China and Russia distributed millions of doses of their domestic vaccines in the region, whose countries are candidates to join the EU, and months after the EU vaccine-sharing mechanism was set up.

‘BRAVER’ EU. Actions of the international community, including European sanctions against the regime of Alexander Lukashenko, have to be ‘faster and braver‘ to support Belarusian civil society in its struggle, Belarus opposition leader Sviatlana Tsikhanouskaya told EURACTIV in an exclusive interview. We spoke about the situation on the ground in Belarus, future plans and Russia’s shadow.

MEDIATION REVEALED. European Council President Charles Michel “took risks” during his recent visit to Georgia, and some in Brussels thought his actions were “mad”, according to an EU official familiar with the latest diplomatic action meant to reassert the EU’s ‘soft power’.

EURACTIV spoke to a European Council official, who asked to remain anonymous, on Tuesday, while Michel was still in Georgia.

QAZVAC. Kazakhstan has joined the select number of countries that have produced and made available their own COVID-19 vaccine, as President Kassym-Jomart Tokayev said that the first batch of QazVac vaccine had been despatched to several regions of the country.