Welcome to EURACTIV’s Global Europe Brief, your weekly update on the EU in the global perspective.

A new NATO reform report has recommended a more political role for the Western alliance, which is unlikely to go without some resistance in allied capitals.

They proposed what some see as a series of measures at the expense of unity, with curbing single-country blockages, ‘Coalitions of the Willing’ and more mediation powers for the Sec-Gen. Au revoir, consensus? Not quite.

“In recent years, some allies have brought differences of opinion on foreign affairs into NATO, occasionally damaging cohesion and making decision-making difficult,” the report stated, aiming at Turkey, but also at Hungary for blocking closer cooperation with Ukraine.

The process started after French President Macron declared last autumn that the alliance was experiencing “brain death”, however, has come to a different conclusion than Macron’s claim that the alliance is outdated.

For the EU defence bubble, besides the threats and reform proposals, there was one issue that will have been noticed.

Experts suggested closer coordination between NATO and the EU with the idea of joint summits to “restore trust” at the highest level and direct liaison officers in the military staff.

“In the report the tone about strategic autonomy is quite diplomatic and cautious that within the group, we see possibilities, or let’s say, difficulties eventually undermining NATO cohesion,” Anna Fotyga, former Polish foreign minister and one of NATO’s reflection group experts, told EURACTIV in an interview.

“We say we acknowledge ambitions of the EU to develop own capabilities and in particular, have a strong defence posture to defend the Euro-Atlantic area,” she said, recalling the favourable US position towards Europe doing more for its own security.

“But I think this should be done in full coordination to avoid duplication or ambitions to alienate,” Fotyga said.

Asked about whether the idea of closer cooperation and joint summits is also meant as a measure to keep the EU at a time when the bloc strives for more emancipation in its defence policy, Fotyga said that this was a “rather symbolic gesture”.

And unsurprisingly, NATO reform was barely noticed by panellists at the European Defence Agency’s annual conference this week An attempt for more Europe’s self-confidence?

Read the interview and what experts have to say here: 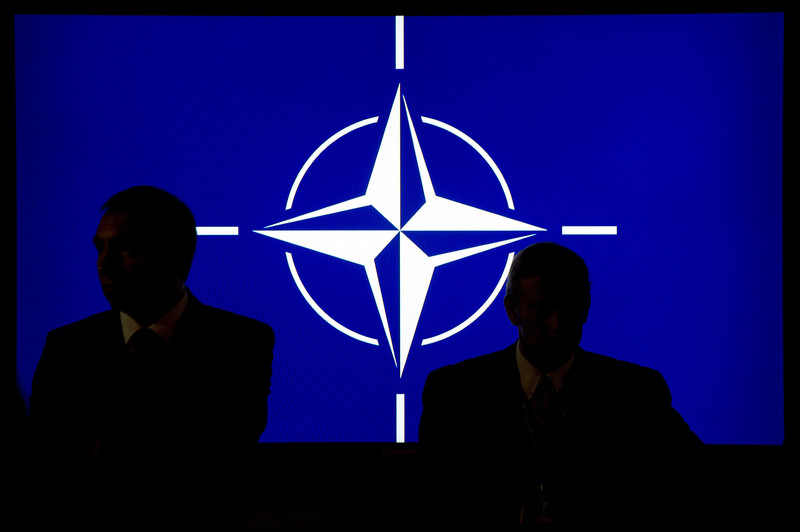 MAGNITSKY ACT. Russian opposition leader Alexei Navalny, who survived Novochok poisoning by Russia in August, has called upon the EU to target oligarchs close to President Vladimir Putin. Meanwhile, the EU is close to signing off on a Magnitsky-style law to impose sanctions on human rights abusers.

“Getting the act passed is only 50% of the battle. The next 50% of the battle is getting the EU to use the legislation,” Bill Browder, an American-born British financier and political activist who lobbied for the original act, told EURACTIV.

DISINFORMATION SANCTIONS. As part of the European Commission’s Democracy Action Plan, the EU is charting the establishment of punitive measures to improve the bloc’s and member states’ capacity to counter disinformation.

‘CAT AND MOUSE’. German Chancellor Angela Merkel hopes to keep a channel of communication open with Turkey as opposition forces in the country are advocating a different approach toward the EU, Social Democrat MEP Udo Bullmann told EURACTIV. However, he added, the EU should send a clear message to Turkish President Recep Tayyip Erdoğan at next week’s EU summit.

There, the main foreign policy intrigue there will be whether member states will adopt sanctions against Ankara.

Turkey has not de-escalated its stand-off with Greece in response to diplomatic outreach, European Council chief Charles Michel said, warning that EU member states would now consider “the means at our disposal”, which probably means sanctions.

BREXIT WORRIES. Thousands of Europeans living in the UK risk missing the deadline to apply for settled status in Britain because they are unaware of the new settlement scheme or lack the digital skills to complete the application, according to new research.

MIGRANT PUSHBACKS. Lawmakers in the European Parliament grilled the director of the European Border and Coast Guard Agency Frontex over migrant pushbacks in the Mediterranean, with left-wing political groups calling for his resignation. The EU also wants to improve migration cooperation with Morocco.

MERCOSUR TALKS. The crisis of multilateralism, driven by the competition between the US and China, and a lukewarm push from the current leaders of the EU and Mercosur, explains why the agreement between these two blocks is such a challenge, analysts say.

CHINA FIRST. China pushed past the US in the third quarter to become the European Union’s top trade partner, as the COVID-19 pandemic disrupted the US while Chinese activity rebounded.

PARTING SHOTS. US Secretary of State Mike Pompeo used his final NATO meeting this week to sharply criticise Turkey, saying its purchase of a Russian weapons system was “a gift” to Moscow, according to five diplomats and officials.

CHAPTERS FROZEN. The EU will not open a single new chapter in Serbia’s EU membership negotiations this year. This is because several EU member states believe that, despite all  its promises, Belgrade has not conducted essential reforms in the key area of rule of law, such as the judiciary’s independence and freedom of expression, sources in Brussels told EURACTIV.rs. The news comes at a time when the EU itself is struggling with at least two of its own members who are in the spotlight for violating the bloc’s rule of law principles.

STAGED PROTESTS. Thousands of supporters of Moldova’s incoming president Maia Sandu protested against a move by parliament to strip her of control of the intelligence service weeks before she takes office.

CONSTITUTION THREATS. Belarusian strongman Aleksander Lukashenko hinted he would step down once the new constitution is adopted. He said he supports a new Constitution, “not because some kind of democracy is needed” but because giving it to “an unknown president” in its current form would cause trouble.

EU-US WISHLIST. The EU’s chief diplomat Josep Borrell proposed a plan for a renewed alliance between the EU and the US under President-elect, Joe Biden, based on greater climate cooperation and new efforts to smooth out commercial and digital friction as part of a broader proposal to reset EU-US relations after four years of strained relations under Donald Trump.

At the same time, the EU has invited Biden for two summits – one virtual, and one in person – in the first half of next year to discuss “strategic” issues ranging from the COVID crisis to climate change, peace and security. The same applies to NATO, which hopes to host an early summit with Biden in March.

Europe’s everyday business has gone back into lockdown reality, until further notice. We’ll keep you updated on all relevant EU foreign affairs news, as we face a busy finish of this troubled 2020.