The debate about how to define strategic autonomy, a catchphrase coined by French President Emmanuel Macron, has been haunting EU policy fields for a few years already, relating to an planned increase in EU self-sufficiency and boosting its own industries.

When Donald Trump was behind the wheel in Washington, many European diplomats spoke loudly of strategic autonomy, but after Joe Biden showed a much calmer approach to multilateralism, both sides have moved towards reaffirming the Western alliance.

However, the push for it won’t go away, as US diplomats might have hoped, just because of friendlier noises from the White House.

But the fact is that the global map is being reshaped and Europe is still just following the developments, having too often adopted a “wait-and-see”-approach – think Russia, Turkey, Belarus to name just a few neighbourhood headaches.

The alternative of Europe coming up with foreign policy initiatives and solutions of its own, beyond crisis management, remains just a catchphrase until decision-making processes allow for fast solutions needed in a rapidly-changing global environment.

Ahead of the summit, Spain and the Netherlands in a joint call urged the EU to ditch unanimity decisions and keep its economy open, according to a non-paper obtained by EURACTIV.

“The EU must be a global player, with the capacity to decide and act for itself in order to safeguard its public interests,” the joint Dutch-Spanish paper states.

At the same time, they argued that the vision of EU strategic autonomy does not mean isolationism towards the US.

→ More on the Dutch-Spanish non-paper in our analysis here: 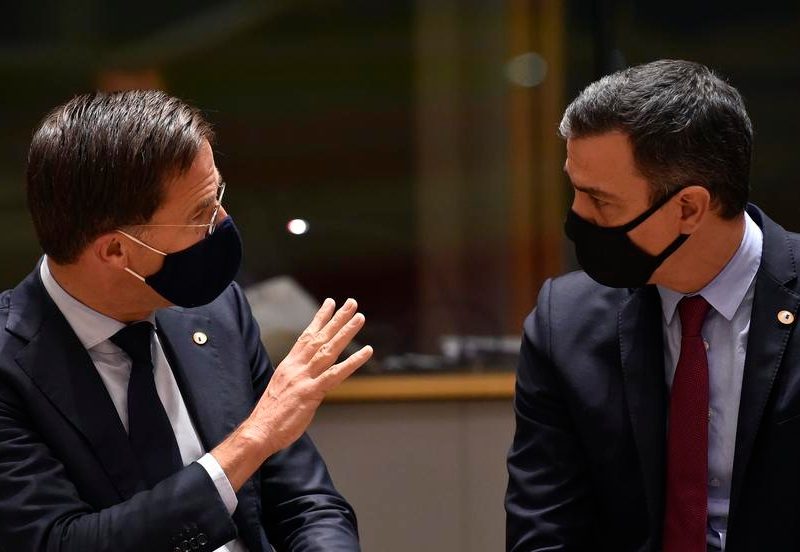 Spain and the Netherlands in a joint call on Wednesday (24 March) urged the EU to ditch unanimity decisions and keep its economy open, as it tries to become more independent of global powers like the US and Asia in …

CARROTS & STICKS. The EU said it was ready “to engage with Turkey in a phased, proportionate and reversible manner to enhance cooperation in a number of areas of common interest” and leaders could take further decisions in June, where they might further discuss the EU chief diplomat’s infamous Turkey report, which you can read a detailed analysis on here.

DEAD TIES. Russia’s top diplomat Sergei Lavrov said there were no more relations between his country and the EU, blaming Brussels for “destroying mechanisms built over years”. He made the comments during a visit to China, marking a further Russia-China rapprochement.

However, EU leaders during their summit were only “informed about the latest developments”, EU diplomats said. Instead, they will hold a strategic debate “at a forthcoming European Council meeting”, when it’s possible to meet face-to-face.

VACCINE EXPORTS. EU leaders have endorsed the European Commission’s mechanism to authorise the export of vaccine doses outside Europe before shipment, though remaining cautious on its use, while the bloc promoted its current track record as the world’s main vaccine exporter.

DUE DILIGENCE. The European Commission is set to propose legislation making it compulsory for companies to ensure that their supply chains are free of human rights and environmental abuse and corruption. And the direction of the debate among national and EU lawmakers, and among companies, is only going one way, says MEP Heidi Hautala.

His Secretary of State, earlier announced that the US and Europe have agreed to relaunch a bilateral dialogue on China and work together to address Russia’s “challenging behaviour”. However, he also wagged a raised forefinger towards Germany.

ECONOMIC TIES. US-EU economic relations are poised to bounce back from the COVID-19 pandemic and the tensions caused by the Trump administration. That could include a reset on transatlantic trade ties.

US ASSURANCES. Much awaited by European NATO allies, the US pledged to rebuild and revitalise the transatlantic military alliance after a bruising four years when Washington portrayed NATO as outdated, divided and in crisis. EURACTIV spoke to the Chargé d’Affaires of the US Mission to NATO ahead of the meeting.

At the same time, despite public differences with Ankara, the US has a strong interest in keeping Turkey anchored in the alliance.

PEACE FACILITY. Despite criticism from European lawmakers and advocacy groups, the EU adopted the €5 billion French-brokered European Peace Facility (EPF), which will open the door for the bloc to deliver military aid to partner countries and finance the deployment of its own military missions abroad.

ASIAN NATO? The Biden administration is wasting no time with its foreign agenda. Under the thumb of a very capable diplomat, Anthony Blinken, the US is mobilising its Asian allies against China in a way reminiscent of how NATO was built in the period after the Second World War, only faster, writes Georgi Gotev.

LIFTING VETOES? MEPs put pressure on Bulgaria to lift its veto on the opening of accession negotiations with North Macedonia but failed to pass an amendment criticizing the Bulgarian position. The greatest intrigue was whether an amendment by a group of socialist and green MEPs that supports the position of candidate country North Macedonia over member state Bulgaria would gather enough support to become part of the European Parliament resolution.

SERBIA JABS. While many countries across the Western Balkans, and beyond the EU, have been struggling with hold-ups and shortages, Serbia has been trumpeting its success securing vaccines from a clutch of different suppliers.

BACK TO TBILISI. European Council President Charles Michel’s personal envoy to Georgia headed back to Tbilisi this week in an effort to find a solution to the ongoing political crisis that EU officials say may jeopardise the South Caucasian country’s European aspirations.

SANCTIONS EXCHANGE. France, Germany and other EU nations called in Chinese ambassadors to protest at sanctions imposed by Beijing targeting their citizens, as China and Europe faced off over claims of rights abuses against China’s Muslim Uyghur minority.