When Russia invaded Ukraine, history has again become a weapon in the hands of Vladimir Putin, who has claimed the incursion could end with a forced partition of Ukraine.

Poland has established itself as the linchpin of Western involvement in the war, hosting millions of Ukrainian refugees, channelling Western weapons into the country, and becoming one of its fiercest advocates on the European stage.

So it is not a coincidence Putin decided to try to stoke animosity between Poland and Ukraine.

In April, Sergei Naryshkin, the chief of Russia’s Foreign Intelligence Service (SVR), accused Poland and the West of plotting to restore Polish control over part of western Ukraine.

Warsaw forcefully denied the claim as disinformation to sow distrust among Kyiv’s supporters.

Lviv, for centuries, has been the centre of memory politics in the region where Jewish, Polish and Ukrainian accounts, especially in the 20th century, have contradicted each other.

Poles and Ukrainians for long have accused each other of ethnic cleansing of the Ukrainian-Polish borderlands and the dispute for long has cast a shadow on the bilateral relations between the two countries.

Poland has historically ruled some territories that are now part of Ukraine, most recently between the two world wars.

A fight broke out across the city, which turned into the Polish–Ukrainian war, and among the fighters were many young volunteers who became known as the Lviv Eaglets.

After the Polish-Ukrainian conflict, the Lviv Eaglets were buried at the Cemetery of the Defenders of Lviv.

Long-standing resentments between Warsaw and Kyiv then again erupted in ethnic bloodshed during World War II. The nationalist Ukrainian Insurgent Army killed tens of thousands of Poles in the Nazi-occupied Polish regions Volhynia and Eastern Galicia.

After the annexation of Eastern Galicia by the Soviet Union in World War II during the Soviet invasion of Poland and then the expulsion of ethnic Poles from the province, the graves were removed or destroyed in 1971.

Though they were returned over the past two decades, they remained a thorn in the relations between both countries.

However, despite them sharing a history of oppression and bloodshed, Poland’s Deputy Prime Minister Piotr Gliński told EURACTIV in an interview earlier this year that Russia’s war on Ukraine has given them a chance to achieve full reconciliation.

Asked if the relations between Poland and Ukraine have shifted, Gliński said: “Yes, it must be said clearly – the tragedy of the war in Ukraine gave Poles and Ukrainians a chance for full reconciliation.”

“We have been working for years to make the relations between our states and nations better and better, more and more historical disputes and disputes find their solution”.

Russia’s war in Ukraine seems to have turned the tide – and Putin’s attempts to play on historical sentiments between the two countries have yet again failed.

On Friday (20 May), the Mayor of Lviv, Andriy Sadovyi, unveiled the statutes of lions guarding the entrance to the necropolis at the Cemetery of the Lviv Eaglets, a step that in Poland has been hailed as a new chapter in Polish-Ukrainian relations, in a rare unity, by both government and opposition.

Sadovyi wrote in Polish that “there were many pages in the history between Ukrainians and Poles (…) which often stood in the way of mutual agreement, and our common enemy used these pages of history effectively.”

He noted that the lions from the Eaglets’ Cemetery “were once a subject of controversy and were covered”, but now they should become a symbol of a new opening in Polish-Ukrainian relations.

“This war showed who is a friend and who is an enemy,” he concluded. 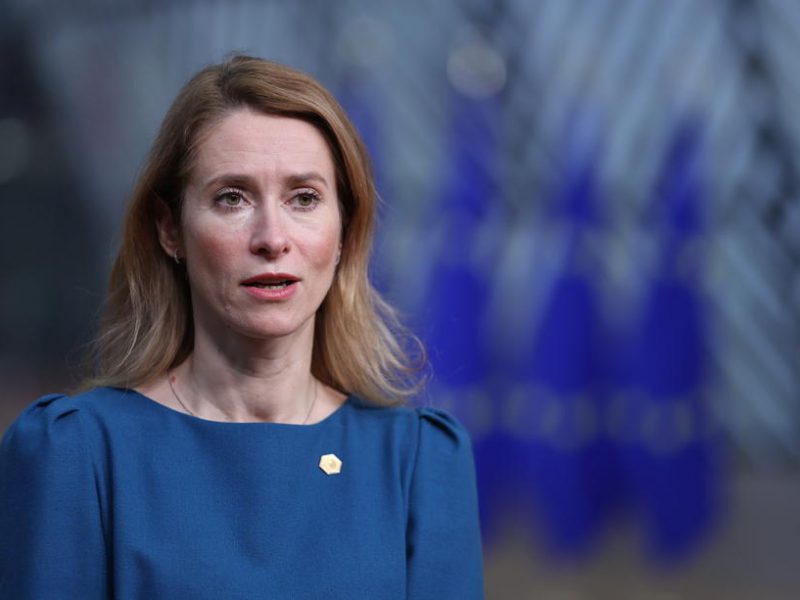 There is no point in talking to Vladimir Putin if we really want him to understand he is isolated, Estonia’s Prime Minister Kaja Kallas told EURACTIV in what can be seen as a thinly veiled criticism of French President Emmanuel Macron’s largely unsuccessful phone diplomacy with Moscow.

SANCTIONS DRAG-OUT | The EU has not found consensus on the new sanction package against Russia this week, and an agreement could be still ‘a week or two’ away, EU’s chief diplomat Josep Borrell conceded, as Hungary said it would not lift its veto. It seems unlikely that an agreement can be reached until the extraordinary EU summit on 30-31 May.

Meanwhile, the European Parliament is increasing its pressure on former German Chancellor Gerhard Schröder, threatening him with sanctions if he refuses to resign from his posts in Russian companies.

NATO PATH | Almost 80 years after the end of World War Two, Europe’s club of ‘neutral’ or non-aligned countries appears certain to shrink due to Russia’s war in Ukraine.

The only obstacle to what might otherwise turn out to be a speedy process is Turkey’s President Recep Tayyip Erdoğan who said Turkey would not look “positively” on Sweden and Finland’s NATO bids unless its terror-related concerns were addressed, despite broad support from other allies including the United States.

‘TOP PRIORITY’ | The EU is putting pressure on Sofia to lift its veto on North Macedonia, starting EU accession negotiations, stating that the lack of solution plays into the hands of Russia.

The ‘European Political Community’ complements the EU accession process and is not an “alternative”, French President Emmanuel Macron said, following concerns by those in the EU waiting room that the idea could serve as a way to shut out countries from the bloc.

Germany, too, has made the EU integration of the Western Balkans a top priority for the government as their accession is geopolitically important for the EU, German Chancellor Olaf Scholz said this week.

BADAKHSHAN CLASHES | Police in Tajikistan said earlier this week over 100 people were arrested in a “counter-terror operation” after fatal clashes roiled an eastern region that the authoritarian regime has long struggled to control. The country is set to host a major UN conference in early June.