While you’re reading this, EU leaders are meeting for an extraordinary in-person summit in Brussels in an attempt to break the deadlock over imposing sanctions on Belarus and resolving a standoff with Turkey, both crucial for the EU’s credibility on the international scene.

The biggest challenge is the bloc’s own unanimity rule, which has made it difficult to reach decisions among the 27 member states on Belarus and Turkey in the past month, exposing once again the shortcomings of EU foreign policymaking.

However, talk in town is that EU leaders are not going to approve sanctions or any mechanism of automatic sanctions that would be activated in case Ankara escalates again.

According to former Prime Minister of Greece Alexis Tsipras, Europe needs to adopt a robust mechanism of sanctions on Turkey, but at the same time push forward a tempting positive agenda in case Ankara decides to follow the path of logic.

Cyprus, it seems, won’t get what it wants any time soon.

The main challenge for EU leaders will be to handle Nicosia, which is criticised for ‘holding hostage’ the approval of sanctions the EU wants to impose on Belarus in response to a rigged election in August and the crackdown on peaceful protests.

Cyprus has refused to endorse it unless there are also sanctions against Ankara.

“We expect that it will be the tipping point for the decision on sanctions against Belarus authorities,” Lithuania’s President, Gitanas Nauseda, said ahead of the summit. Vilnius is currently hosting Belarus’ main opposition leader in exile, Svetlana Tikhanovskaya.

French President Emmanuel Macron had met Tsikhanouskaya in Vilnius this week, pledging ‘pragmatic’ European support for Belarus people as Eastern Europeans start to get weary about French commitment to their security.

For tonight, a potential solution to unblock Belarus sanctions could involve a promise to Cyprus of tough sanctions on Turkey in the future, but it is unlikely this will fly.

Meanwhile, Britain and Canada slapped sanctions on Belarus President Alexander Lukashenko, his son and senior figures in the regime for a string of alleged human rights violations.

Washington announced on the eve of the summit it has held off on joining London and Ottawa in hopes that the EU can overcome an internal dispute, which would pave the way for coordinated US and EU sanctions.

Will the EU once again miss the opportunity to demonstrate it is a credible foreign policy actor?

“A divided and ineffective EU will show that, under the circumstances, these aspirations remain nothing but a romantic objective,” Sinan Ülgen, a visiting scholar at Carnegie Europe, commented ahead of the summit.

A proposal by some to circumvent the unanimity problem by simply adding to a previously existing Belarus sanctions list was rejected in Brussels. Switching to a qualified majority does not seem promising either.

“A sudden use of qualified majority voting is not an option,” another EU diplomat said, adding that “there is at least a group of countries” that would not allow a scenario where the bloc’s foreign policy the decisions would be agreed by majority “any time soon”.

→ Make sure you read the pre-summit background coverage here: 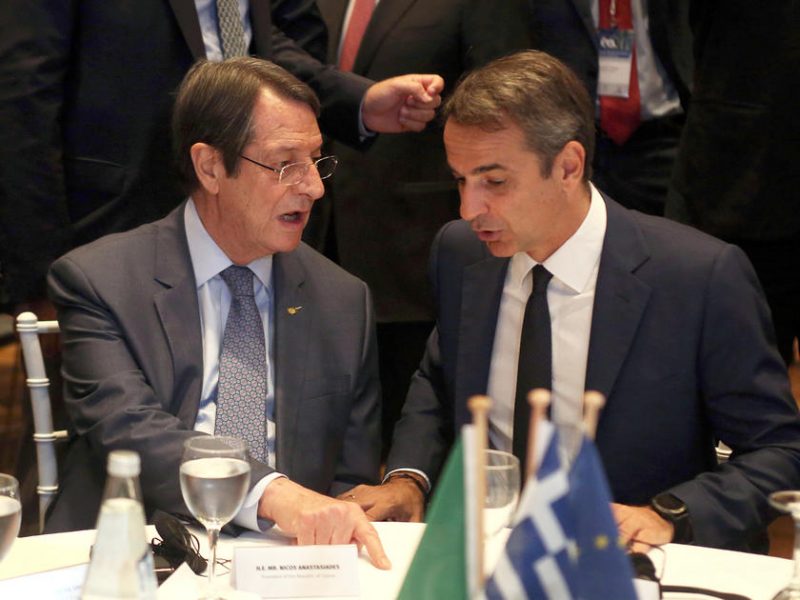 LEGAL ACTION. The European Commission launched the first step of legal proceedings against Boris Johnson’s government over its controversial Internal Market Bill that threatens to break the terms of the country’s Withdrawal Agreement. Under the procedure, the UK has one month to respond to the EU executive’s concerns.

NUCLEAR DISARMAMENT. Last month marked the seventy-fifth year after the nuclear bombings of Hiroshima and Nagasaki. On the International Day for the Total Elimination of Nuclear Weapons (26 September), in an exclusive op-ed for EURACTIV, eight cross-party MEPs called for a European leap forward in creating conditions to achieve security in the twenty-first century.

LOST IN TRANSLATION. A joint statement signed between the US and Greece, during a visit by US Secretary of State Mike Pompeo, has sent confusing messages about whether Washington and Athens consider the North Macedonia name change deal, the Prespa Agreement, historic or not.

ENLARGEMENT PACKAGE. The European Commission may present the EU’s long-delayed Enlargement Package, including individual reports on EU candidates and potential candidate countries, next Tuesday (6 October). The planning is tentative for the moment, but EU sources confirmed to EURACTIV that for now, preparations are going ahead, EURACTIV’s Vlagyiszlav Makszimov reports.

The EU executive is also expected to present its investment programme for the Western Balkans together with the package, initially envisioned for May, which is touted to focus on energy, transport, green and digital agendas, with an aim to thwart brain-drain and bring the region as close as possible to the EU economy.

‘PRAGMATIC’ SUPPORT. French President Emmanuel Macron met Belarusian opposition leader Sviatlana Tsikhanouskaya in Vilnius, the second day of a visit to Baltic countries intended to reassure them about French commitment to their security. In a private meeting that lasted over half an hour, Tsikhanouskaya said Macron had pledged her to help negotiate with the Belarus authorities and secure the release of political prisoners.

‘SERIOUS ESCALATION’. The EU warned regional powers on to stay away from renewed fighting in Nagorno-Karabakh and condemned what it said was a “serious escalation” that may have “serious consequences for regional stability”. The UN Security Council called on Armenian and Azerbaijani forces to “immediately stop fighting” over the breakaway region of Nagorno-Karabakh, after three days of deadly clashes.

At the same time, Macron said Turkey’s “warlike” rhetoric was encouraging Azerbaijan to reconquer Nagorno-Karabakh and that was unacceptable, though he added that he had no proof at this stage of direct Turkish involvement. After a phone call with Russian President Putin, both leaders called for a “complete” halt to fighting and said they were ready to intensify diplomatic efforts to help solve the conflict.

It’s 33 days until the US Presidential election and US President Trump and his Democratic contender Joe Biden faced off in a chaotic first debate in Cleveland this week, marked by personal insults and repeated interruptions, as they battled over Trump’s leadership on the coronavirus pandemic, the economy and the integrity of November’s election.

Ratings of the debate were damning, ranging from dictionary reminders and dirty metaphors to creative suggestions to avoid a repeat. President Trump’s debate performance has done nothing to erase fears he may not accept the outcome of the election or nod to a far-right extremist groups. Biden, on the other hand, not being provoked to a gaffe, was the winner of the night according to snap polls conducted after the event.

What to watch and why it matters: The notion of chaos has left allies and foes alike questioning the state of American democracy. There will be two more debates between the two contenders, one town-hall style citizens debate (15 October) and the final debate on prepared topics (22 October).**

But beware: The commission that oversees US presidential debates announced it will change the format to ensure the remaining two encounters are more orderly. Controlling the candidates’ mics tops the list.

Europe’s everyday business is picking up after summer break and so does this newsletter. We’ll keep you updated on all relevant EU foreign affairs news, as operations start to move exclusively online.

To read-up on previous editions of this newsletter, have a look here: